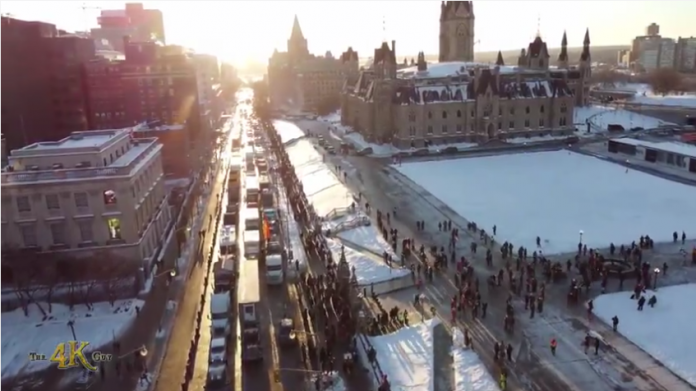 The Freedom Convoy that started on the west coast of Canada is scheduled to arrive in Ottowa Saturday January 29th.  Truckers are protesting  mandatory vaccination policies in the largest convoy in history.

The Prime minister of Canada described the Freedom Convoy in the following way, “The small fringe minority of people are on their way to Ottawa, who are holding unacceptable views that they’re expressing, do not represent the views of Canadians who have been there for each other.”

Although this story is not getting much air time on network television, individuals are capturing and posting videos of this historic event.