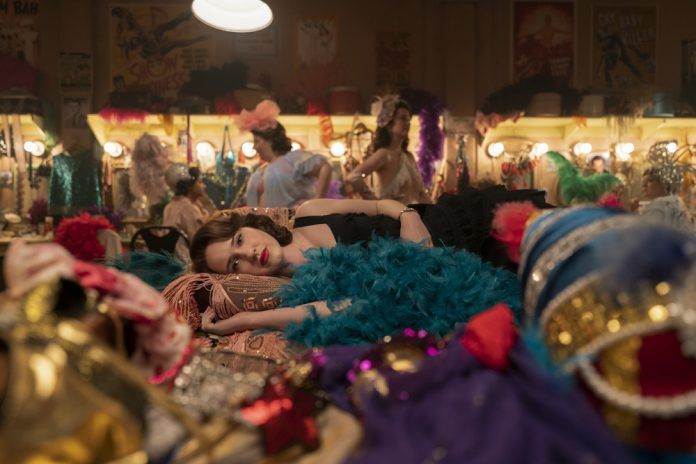 Ahead of The Marvelous Mrs. Maisel’s Season 4 premiere, the Emmy-winning comedy series has been renewed by Prime Video for a fifth season which will be its last. Production is currently underway in NYC.

Season 4 of the period comedy premieres February 18 exclusively on the streamer with two new episodes dropping every Friday for four weeks.

“Amy, Dan, and The Marvelous Mrs. Maisel have blazed an unparalleled path, elevating the stories we tell about women, challenging the norms in our industry, and forever altering the entertainment landscape with their one-of-a-kind storytelling,” said Jennifer Salke, head of Amazon Studios, referring to executive producers Amy Sherman- Palladino (also creator, writer, director) and Dan Palladino.

“The dozens of awards cement Maisel’s legacy in many ways, but what’s even more enduring and poignant are the characters Amy created and the joyous, brilliant, singular world she and Dan brought to life. This series has meant so much to Prime Video and the effects of its success will be felt long after its final season. I can’t wait for fans and our worldwide Prime Video audience to savor each moment as we embark on the culmination of this groundbreaking and unforgettable series,” Salke said.

Rachel Brosnahan stars as Miriam (Midge) Maisel, an Upper West Side housewife who goes on to break ground in standup comedy. Season 4, which brings the show into the 1960s, starts with Midge’s career in tatters as she determines to rebuild it on her own terms. It’s filmed at Steiner Studios and across New York City. The five boroughs figure especially prominently in the upcoming season, which was shot during Covid and travel restrictions.

Brosnahan has earned a Primetime Emmy for Outstanding Actress in a Comedy Series, two Golden Globe Awards, three Screen Actors Guild Awards, and two Critics Choice Awards — an unprecedented sweep by an actor in any one series.

In 2019, Sherman-Palladino was the first person to garner Emmy wins in both Comedy Writing and Comedy Directing the same year.

Maisel became Amazon Studios’ first multi-season greenlight of a new series when the studio picked it up in 2017 with a two-season order.