Local Turtle and His Owner Bring Back Memories of Woolworth’s 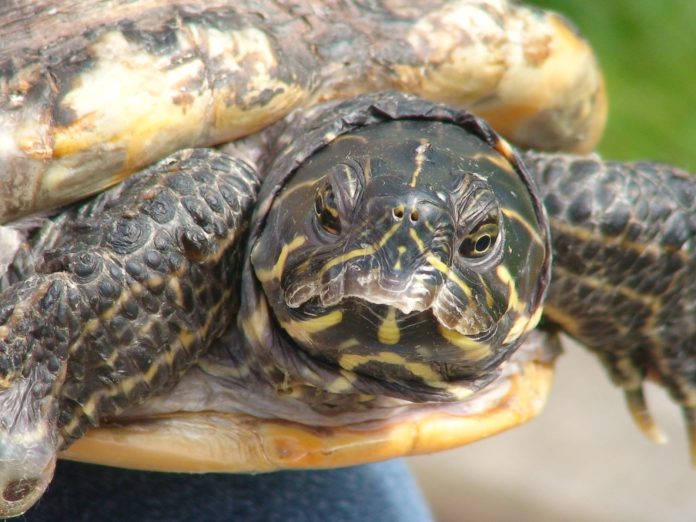 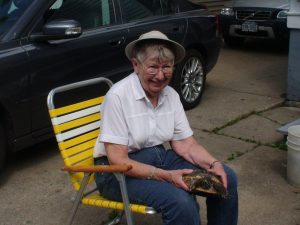 “Fifty years ago on September 15, my late mother, Ruth, brought home from Woolworth’s in Downtown Utica a small, quarter-sized turtle with a plastic dish and the green plastic palm tree,” he said.  “Fifty years later, the turtle, whom she named ‘Poopsie’ (rhymes with oopsie) weighs over 10 pounds and is happily our family pet.”
Cohen and Poopsie look forward to many more happy years in Utica, bringing memories of Woolworth’s stores to future generations.
“On a diet of banana, organic lettuce, and dried-baby shrimp, he has done well over the years and is looking forward to the next 50 years,” Cohen said.
“While there is no more Woolworth’s …and Utica Downtown is a shell of its former self, the turtle keeps on going!!!”
Happy Birthday, Poopsie, from the Utica Phoenix/Phoenix Radio
Photos courtesy of Larry Cohen. Pictured: Cohen’s mother Ruth and Poopsie in 2009