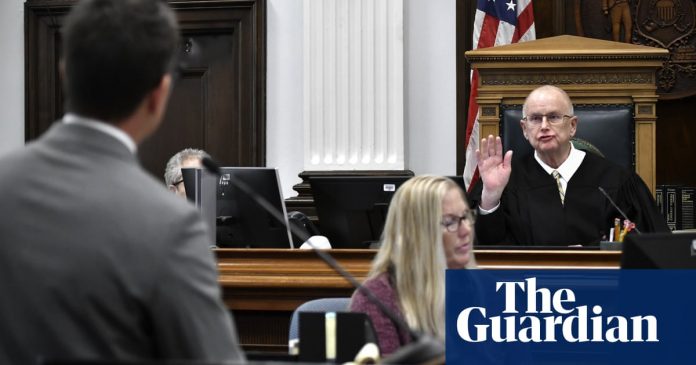 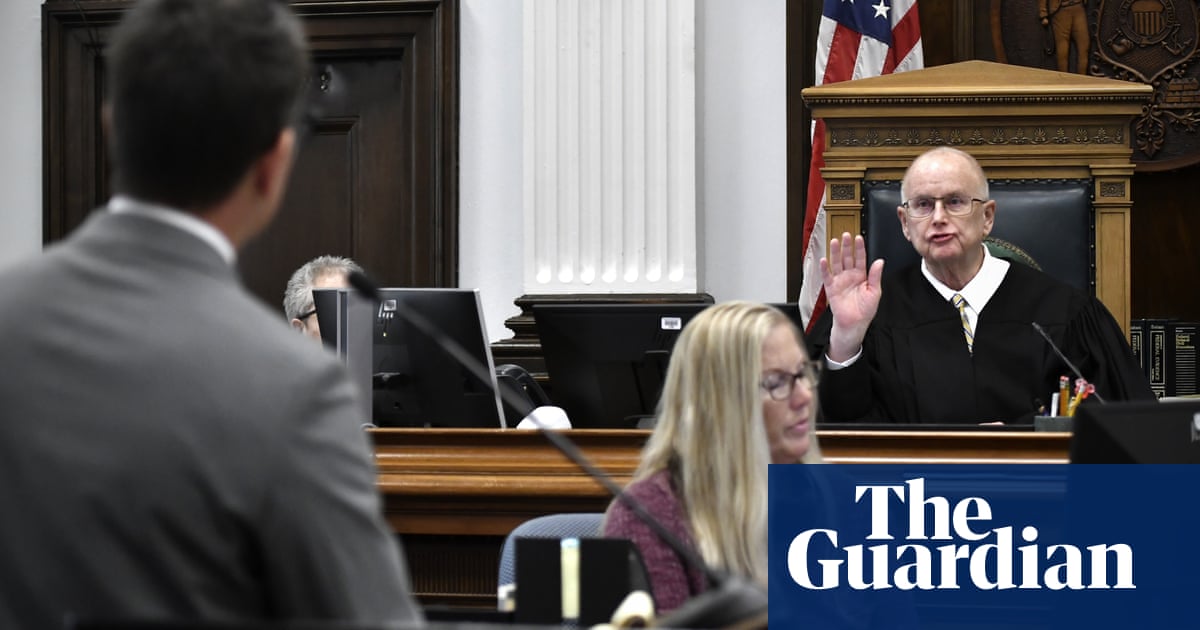 The murder case against Kyle Rittenhouse was thrown into jeopardy Wednesday when his lawyers asked for a mistrial over what appeared to be out-of-bounds questions asked of Rittenhouse by the chief prosecutor.

The judge did not immediately rule on the request and is allowing the trial to continue.

Rittenhouse is on trial on charges of killing two men and injuring a third during a night of turbulent protests and counter-protests in Kenosha, Wisconsin, last year after a local Black man was shot by a white police officer.

The startling turn came after Rittenhouse took the stand and testified that he was under attack when he shot the three men.

During cross-examination, prosecutor Thomas Binger asked Rittenhouse about whether it was appropriate to use deadly force to protect property. Binger also posed questions about Rittenhouse’s silence after his arrest.

At that, the jury was ushered out of the room, and circuit judge Bruce Schroeder loudly and angrily accused Binger of pursuing an improper line of questioning and trying to introduce testimony that the judge earlier said he was inclined to prohibit.

The defense asked for a mistrial with prejudice, meaning that if one is granted, Rittenhouse cannot be retried in the shootings. When Binger said he had been acting in good faith, the judge replied: “I don’t believe that.”

Rittenhouse was 17 when he went to Kenosha, just south of Milwaukee, with a military-assault-style semi-automatic rifle and a medical kit in what he said was an effort to safeguard property from damage by protesters that unfolded after Jacob Blake was shot multiple times in the back by a police officer.

Rittenhouse, now 18, sobbed in court on Wednesday morning as he described being “ambushed” by one of the men he shot dead, whom he said ran at him threatening to kill him. The judge ordered a 10-minute break for the defendant to compose himself.

It is unusual for a defendant in a homicide trial to choose to testify, but less so when they are making a self-defense argument, legal experts said.

The Kenosha-based defense attorney Michael Cicchini, who is not involved in this case, said he always puts clients who argue self-defense on the stand to explain their mindset.

Rittenhouse is accused of reckless homicide and intentional homicide, charges that in many other US states would be labelled as murder. He has denied all the charges against him.

Rittenhouse came to Kenosha as a 17-year-old on the August night in 2020 from his home in Illinois. He told the court on Wednesday morning that one of the men he killed, Joshua Rosenbaum, had threatened to kill him on the street.

He said Rosenbaum was wearing a mask and came towards the armed Rittenhouse and a friend and “he was just mad about something” and added that Rosenbaum yelled at them: “If I catch any of you fuckers alone I’m going to fucking kill you.” Rittenhouse said Rosenbaum threatened to cut their hearts out.

Rittenhouse said he came to town “to help people” but prosecutor Thomas Binger, in cross-examination, obliged the defendant to admit that he had lied that night by claiming he was an emergency medical technician (EMT), or paramedic professional.

“You were in Kenosha, Wisconsin, saying you’re an EMT, correct?” Binger asked.

“That was a lie,” Binger said.

He denied the prosecution’s claim that “everyone you shot at that night you intended to kill, correct?”

Rittenhouse said: “I didn’t intend to kill them, I intended to stop the people who were attacking me … two of them passed away, but I stopped the threat from attacking me.”

Prosecutors have used five and a half days of testimony to try to portray Rittenhouse as the aggressor on the night of the shootings, after he shot three white men during chaotic street scenes after dark.

The trial has been long-awaited and is being widely watched, although racial justice advocates in Kenosha have said that any verdict will not resolve long-simmering racial tensions that boiled over last August.

But the prosecution’s witnesses have in noticeable aspects bolstered Rittenhouse’s claim of self-defense on the night.

Rittenhouse’s lawyers have suggested he was afraid his gun was going to be grabbed from him and used against him.

Also, one of the men he shot hit him in the head or neck with a skateboard, and another came at Rittenhouse with a gun of his own, the jury heard this week.

Rittenhouse could get life in prison if convicted of the most serious charge against him.

A witness in Rittenhouse’s group, JoAnn Fiedler, described him as pale, shaking, sweating and stammering after the shootings.

While Rittenhouse is white, as were those he shot, the case has stirred debate over self-declared vigilantism, the scope of the constitutional right to bear arms and the uprisings that erupted around the US that summer over the murder of George Floyd in Minneapolis when a white police officer knelt on his neck, and other police violence against Black people.

The prosecution rested on Tuesday after introducing drone video that offered jurors a new view of Rittenhouse’s fatal shooting of Rosenbaum – the event that sent Rittenhouse hurrying away from the scene, quickly pursued by other protesters who sought to stop him.

Wisconsin’s self-defense law allows someone to use deadly force only if “necessary to prevent imminent death or great bodily harm”.