I’m Cutting Off My Arm This Week — And It’s 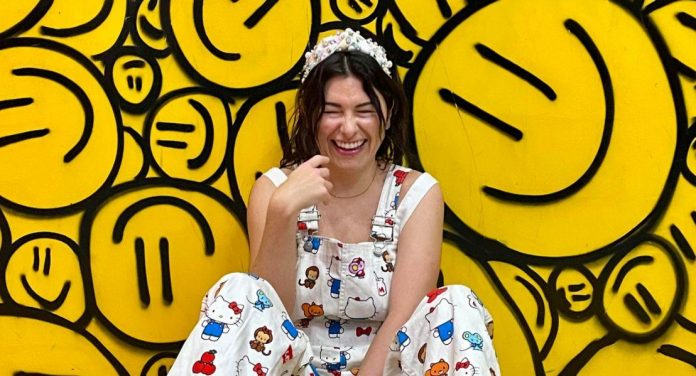 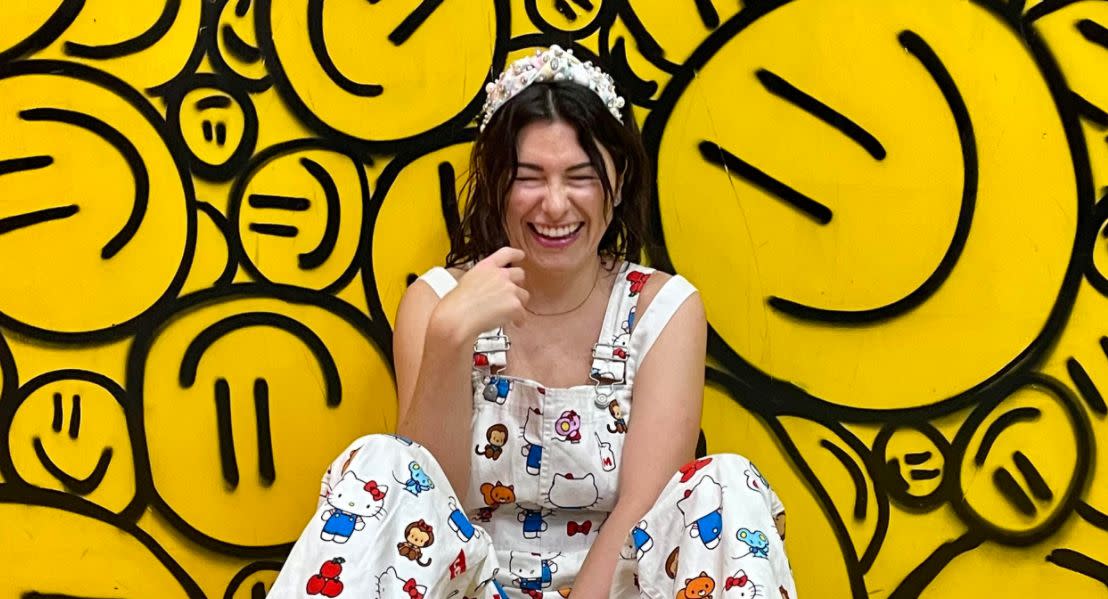 The author surrounded by smiley faces with, as she puts it,

What does the end of next week look like for you? Although I’ve got my calendar open right in front of me, I have no idea how to answer that question. Because Tuesday night, I’ll be seeing “House of Gucci” with my best friend. On Wednesday, I’ll be staring at my ceiling. And on Thursday, I’ll be having my left arm cut off around 3 p.m.

I didn’t want to schedule anything beyond that because I knew there was a chance that my Thursday plans could keep me occupied for quite some time. Also, I know the truth might be disconcerting to anyone but me.

Although I’m 100% certain amputating my arm is the right choice for me, I find myself having to assure people that I didn’t just wake up one morning with a sudden desire to chop off a limb. My left arm was permanently paralyzed from the elbow to the fingertips following a Vespa crash in 2013 and, because of that accident, I’ve had to change how I live my life in every way imaginable.

I had to relearn how to do so many things with one arm. When someone asks what that was like, I ask them to recall what it was like to learn to tie their shoes. “Now imagine learning how to tie them again, with one hand,” I say. And then I ask them to imagine relearning all of the other seemingly simple tasks they do on any given day. Suddenly, they start to get it.

The best way I can sum it up is with Lewis Carroll’s quote, “I’ve believed as many as six impossible things before breakfast.” Because if someone had told me I’d one day learn to do everything with one arm, I wouldn’t have believed them. Yet, with just one functional arm, I not only believe six impossible things before breakfast every day; I do them, too.

Try slicing a bagel with one hand. It really is impossible until you discover the practicality of a tea towel and its use as a gripping aid to hold that bagel with your knees. Then you can slice through it and, to my grandmother’s horror, sometimes part of the tea towel. The sacrifice is worth it.

On New Year’s Day 2020, I cooked up a box of unicorn mac and cheese and sat down to make what I called a wish jar. I’m not all that mystical; in fact, I’m more practical, as might be indicated by my willingness to become an amputee. It’s just that sometimes, desperate times call for desperate measures. I figured an odd New Year’s Day was the perfect way to kick off an even stranger resolution. I filled the jar with compacted cotton balls I’d dyed pink and purple, and inside, I placed my secret wish:

The author holding the wall with one arm while warming up at a U.S. Paralympic swimming competition. (Photo: Courtesy of Chloé Toscano)

By “new left arm,” I was referring to the fact that every second spent with my current left arm feels unbearable. So, I reasoned that having no left arm was as close to “new” as I could hope.

Still, I kept my dissatisfaction quiet because my wish never came true, at least in 2020, due to the pandemic. I temporarily made peace with both the inefficiency of my current left arm and my wish jar, since, like everything else, most wishes ― and surgeries ― were put on hold. But I was aching for this surgery to happen. And, as 2021 rolled around, my wish finally began to very slowly unfold.

From the moment the thought of amputating my arm entered my atmosphere, I thought making the decision to actually do it would be gruesomely punishing. But I’ve come to realize the most challenging part of this process has been coming up with a way to tell everyone.

At first, I thought about not telling anyone. It’s my life and my body, after all. But as my mother pointed out, reemerging in 2022 with one less arm and pretending nothing happened might not be the way to go. I want fewer ― not more ― awkward interactions, if possible. So I began by telling just a handful of individuals who agreed to keep my plans under wraps.

I’ve already received some well-intentioned responses that have revealed to me that people do not know how to take this news. One person told me, “I’ll find you beautiful no matter how many arms you have” ― not what I was hoping to hear, seeing as I never asked. Several others have said, “I’m sorry” ― but I’m not. One friend even tried to enter into a debate with me about whether or not I should be keeping my elbow. “Will it hurt?” and “But what about your tattoo?!” were two of the most frequent questions I’ve gotten.

I’m guessing anytime you remove a part of the body, there is some pain involved, and my tattoo will be removed along with the arm that it’s on. But I have plenty of other body parts that I can get tattooed in the future.

I didn’t have a specific reaction I was looking for, but I knew that none of the ones I got were what I wanted to hear in regards to a choice I made about my body and ― ultimately ― my identity. There’s no reason to feel pity for me or offer condolences when this is my preference and the best possible way to gain overall better functionality.

Not long after I told that small group of people about my decision, I unexpectedly blurted out my news to a complete stranger during a Zoom meeting. This stranger’s reaction turned out to be the support I didn’t know I wanted but had been hoping for all along.

Since this was the first time I’d met her, she had zero preconceived notions or attachments to who I might have been with two functioning arms and a tattoo. She saw me as I was ― a “regular” person jonesing to cut off her arm, and she assured me, “It’ll all be OK ― better than OK!” We’ve become friends since that initial meeting, and now, as my surgery date looms and I begin to grow slightly anxious, she reminds me, “It’s going to be great getting rid of that dead weight. Scary? Yes. But the right choice? Yes.”

This new friend treats my upcoming amputation with the utmost normalcy and refers to my situation as having “a bad case of dead arm.” Blunt as that may be, her statement aligns perfectly with my sense of humor, and it’s validating beyond anything anyone else has told me. Whereas others have said I was “lucky” because, despite my weighted impairment, I look “completely normal,” the truth is there is nothing normal about my left arm, and calling it what it is makes me feel understood. It is a dead arm ― it dangles at my side, always cold and slightly tinged with hues of blue, like a piece of frosty tinsel draped over the end of a Christmas tree branch. I have outgrown it, and it’s time for it to go.

To those who ask, “How can I support you?” I say this is something to celebrate ― not mourn. I also want people to know that we’re a lot closer to creating Luke Skywalker arms than we are to finding a way for my limb to regain function. So, I’m ready to pave the way for my future, and if eliminating what I already feel to be as good as gone will allow me to wear a prosthesis when I want, and thereby hold a cup of ice cream in one hand and a spoon in the other (something I can’t do now), sign me up!

If that also means not always wearing a prosthesis and simply feeling freed from the extremely bothersome weight of a lifeless arm, I’m very much all in for that, too. It’s a little bit scary, but it’s a lot more exciting — and come Thursday, I can start applying my wishes to all of the other things I want to achieve in my life.

Chloé Toscano is a Paralympic swimmer and writer focusing on disability advocacy and awareness. Her work has appeared in Allure, them., Salon, Wired, SELF, Health Magazine, and more. You can follow her on Instagram or visit chloevalentinewrites.com for more of her work.

Do you have a compelling personal story you’d like to see published on HuffPost? Find out what we’re looking for here and send us a pitch.

This article originally appeared on HuffPost and has been updated.