How to know if omicron is as scary as it 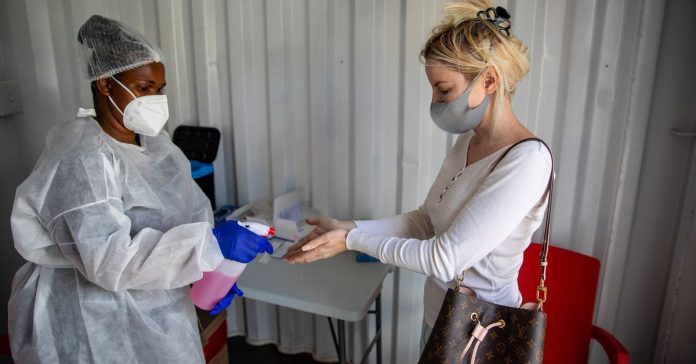 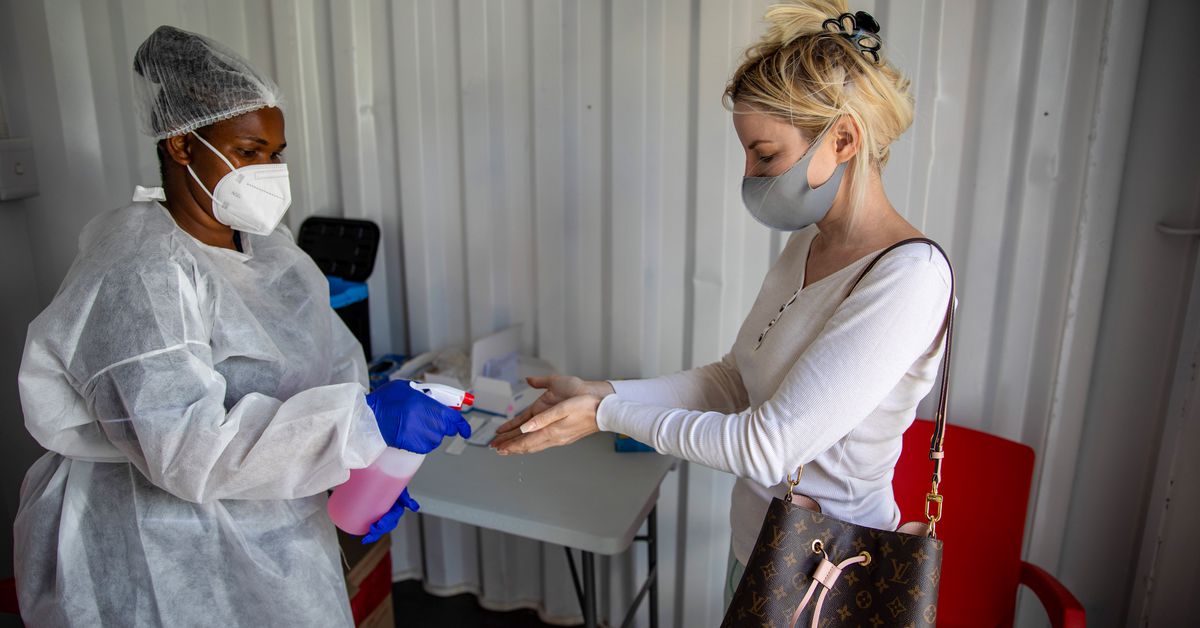 For now, the whole world is waiting for scientists to figure out how much of a threat the omicron coronavirus variant actually is.

That will take several weeks at least, according to experts. Science will need to answer big questions about how transmissible the new variant is, how well it overcomes the immunity conferred by inoculation or prior infection, whether it causes more severe illness than other variations of the virus, and so on.

But as that work goes on, there are several indicators to monitor in the next few weeks — none dispositive on their own, but which, taken together, should start to give us a better idea of what we are facing.

We don’t actually know that the omicron variant originated in South Africa or Botswana, the countries that alerted the world to it. They were just the first to detect it, thanks to their world-leading genetic sequencing capabilities.

Nevertheless, because it is really good at sequencing, South Africa is an early omicron “hot zone” that should have one of the most complete pictures of how the variant is affecting the virus’s spread. Experts are already watching the country closely to see how much cases rise in the coming days.

So far, the answer has been: quite a lot. At the beginning of November, South Africa was seeing about 349 new Covid-19 cases every day on average. As of December 1, it is averaging almost 3,800 new cases daily. 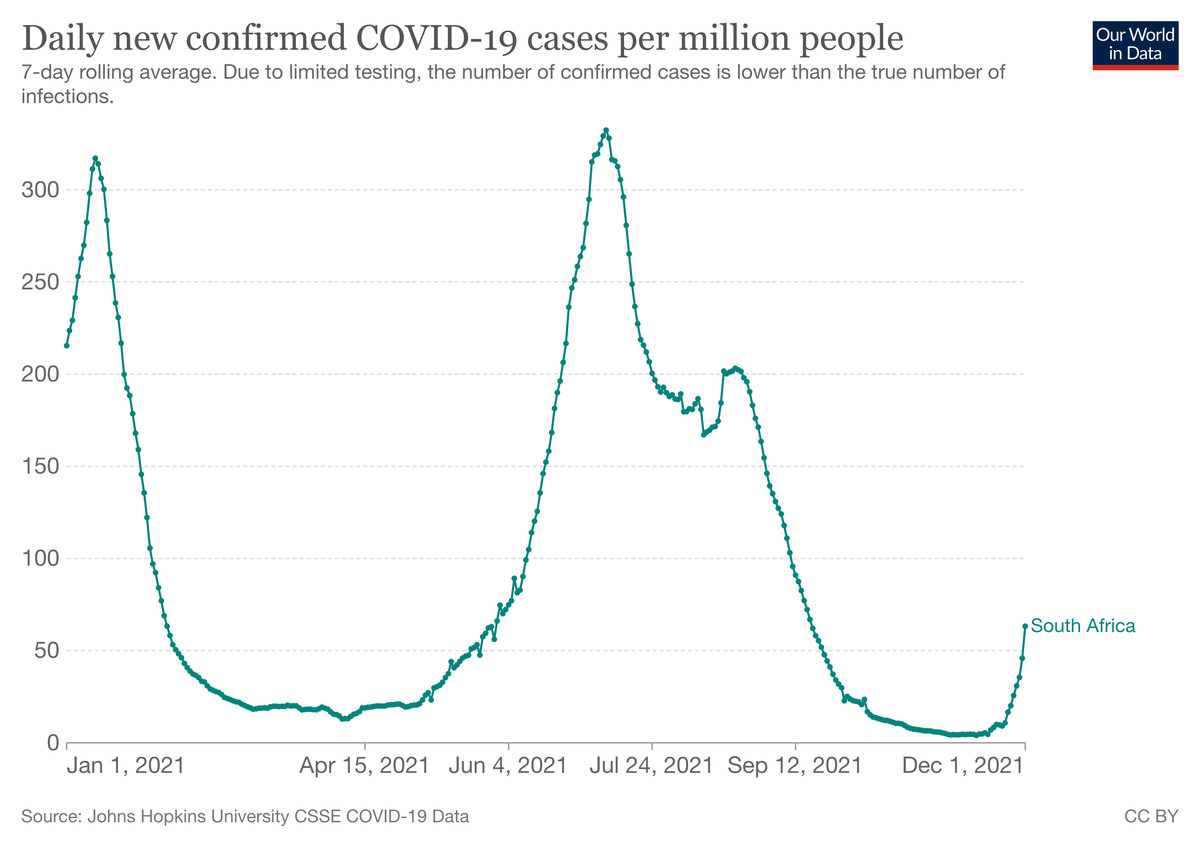 Our World In Data

Experts say other factors could be contributing to that steep increase, like South Africa’s low vaccination rate (29 percent of its people have had at least one dose), as well as possible superspreader events.

The question will be how much omicron alone is driving the surge and how much cases there ultimately swell. The more they spike, the more reason for concern.

Case numbers will give us some idea whether omicron is driving new surges. Another key question is whether it causes more severe illness than the delta variant, with more people developing serious symptoms, ending up in the hospital, and possibly dying.

That would portend a much grimmer picture of the future than if the variant were to prove to be less dangerous than delta. And while there has been early speculation on this, we do not have nearly enough information to say confidently which way it will go.

One metric to watch, according to experts: What happens to hospitalization numbers in Israel? It’s another country that is very good at tracking Covid data. It’s also a rich country with comparable vaccination levels to the US and an aggressive booster strategy. It could be a microcosm of what the United States can expect from omicron.

“Israel is pretty responsive in terms of taking action, also well vaccinated and boosted,” Bill Hanage, a Harvard University epidemiologist, told me. “A proxy for a place that mostly does things right and an early indicator of what can be expected in similar places.”

Omicron has been detected in Israel, but it’s still early. Hospitalizations are a lagging indicator: It takes time for a person to contract the virus and then develop serious enough symptoms that they go to the hospital. 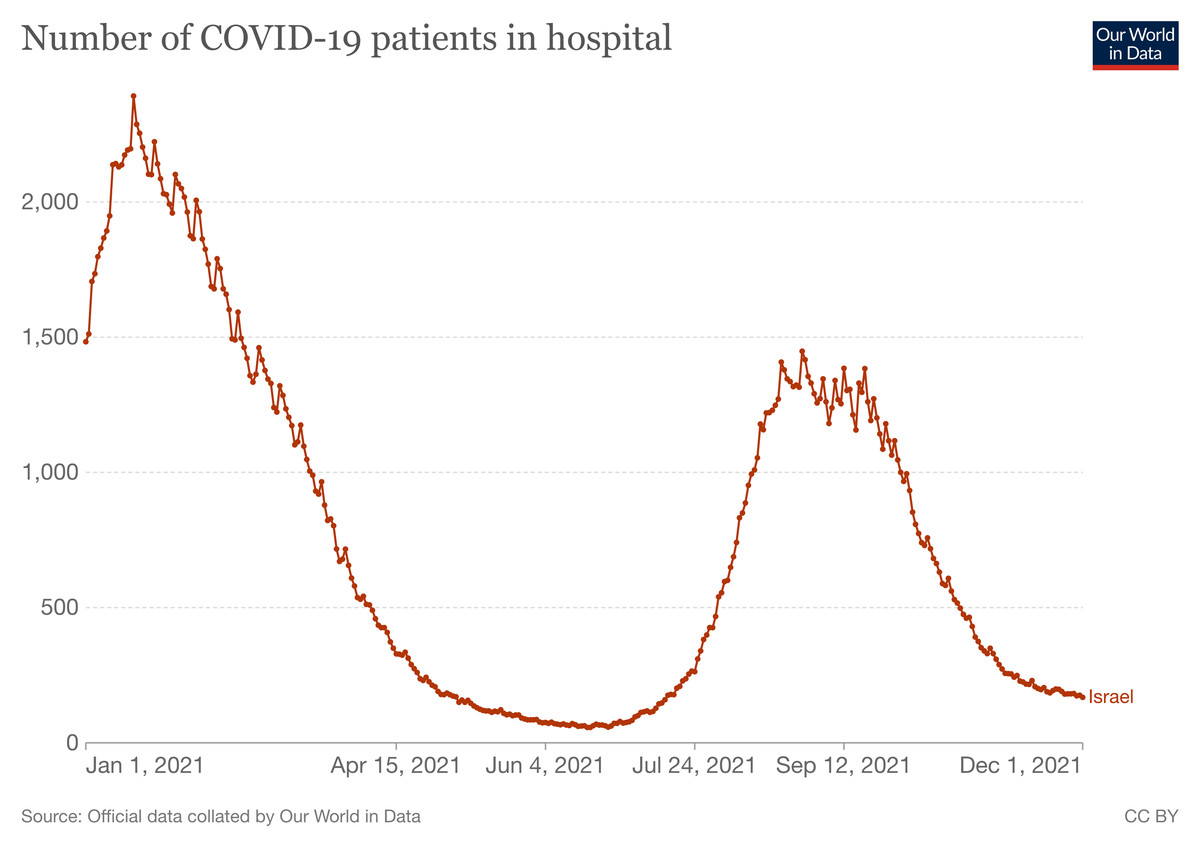 Our World In Data

Omicron could take over the pandemic, like delta — or fizzle like beta and gamma, variants you’ve probably already forgotten about. One way to tell if it’s becoming dominant is that the share of cases — in the US and elsewhere — caused by omicron will start rising.

To provide some context, when the delta variant took over, it grew from a tiny fraction of all cases (about 1 percent in May) to the vast majority (99 percent by August) in three months. For now, 99.9 percent of samples being sequenced here are the delta variant, as the chart below from the CDC illustrates. 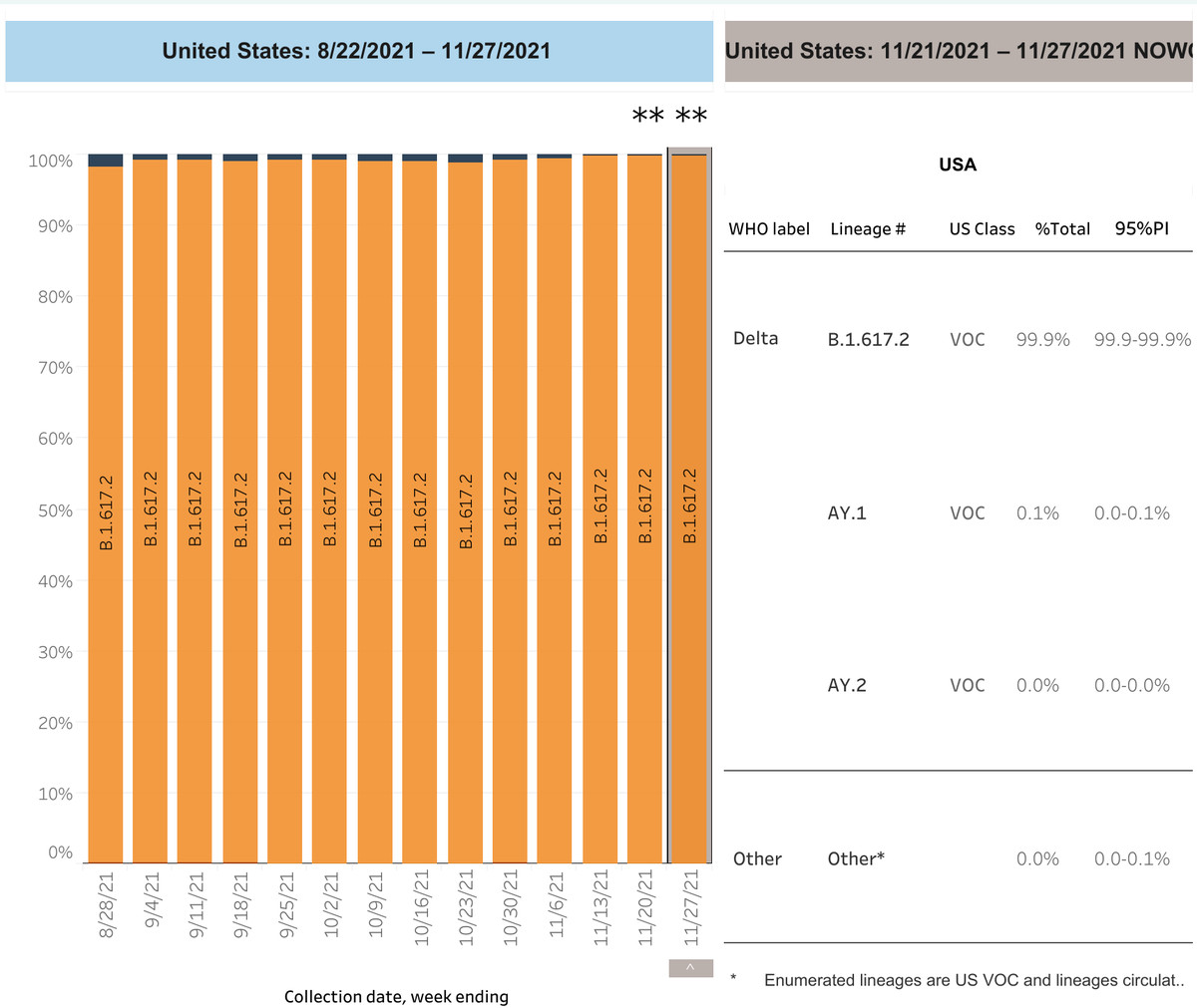 “Delta is still the dominant variant in the US,” Jen Kates, director of HIV and global health policy at the Kaiser Family Foundation, told me, “and that should be the prime concern for anyone.”

But if omicron is the next dominant variant, that should start to change soon. We know omicron is in the United States already; what we don’t know is whether it can outcompete delta. This metric is where that answer will ultimately show up.

The first three indicators are straightforward and easy for everyone to grasp: Are cases rising? Are hospitalizations increasing? Is omicron making up a bigger share of infections? Simple stuff.

But there are two more worth monitoring that are much more technical, but crucial to understanding omicron’s transmission.

The first is known as intrinsic transmissibility, as described by virologist Trevor Bedford of Fred Hutch on Twitter.

In brief, that means: Assuming nobody had immunity against any form of Covid-19, how quickly would the omicron variant spread through the population? For each infected person, how many more people would they infect? This is the R0 metric you might recall from the spring of 2020.

As scientists identify more omicron cases and gather more data on the people who are getting infected with it, they will be better able to estimate what that R0 actually is. As Bedford explained, some rough math based on the early data from South Africa suggests omicron’s R0 may fall anywhere from roughly 3 (meaning one infected person would infect three more people on average) to 6 or more.

That’s a huge range. In practical terms, that means omicron could be anywhere from less infectious than the original version of Covid-19 to more contagious than delta, already by far the most transmissible variant to come along.

Again, based on wildly divergent spike protein, I’m guessing that immune escape will be substantial and so I still suspect that it’s quite possible that Omicron will show lower intrinsic transmissibility than Delta. My updated diagram. 16/18 pic.twitter.com/T4vuiEN75I

But, to complicate the issue further, we live in a world where some people have immunity to Covid-19, at varying levels. People have been vaccinated, or they’ve been infected with other versions of the virus and recovered. Omicron’s ability to evade this immunity will also factor significantly into its ability to transmit in the real world.

Figuring that out will depend on more sequencing to identify omicron cases and more information on which patients are contracting the variant. Then scientists can plug the statistics into their models and more accurately project how often vaccinated people or people infected by the previous variants are coming down with omicron. There also might be a difference between how well the variant can elude natural immunity versus immunity via vaccination. With delta, one CDC study found unvaccinated people were more prone to reinfection than vaccinated people.

Combining intrinsic transmissibility and immune escapability should give us a better idea of how quickly omicron is likely to spread. But it’s still worth knowing to what degree transmission is being driven by unvaccinated people who are being infected for the first time, versus those who were vaccinated or have recovered from Covid-19.

If the omicron variant has high intrinsic transmissibility but low immune escapability, then the primary threat is to unvaccinated people. That would indicate the vaccines are holding up well against it, but the virus could tear through unprotected populations.

But another possibility is that omicron has relatively low intrinsic transmissibility, but higher immune escapability. Unvaccinated people are still fully vulnerable to the virus in that scenario. But that would also mean vaccinated people could be at higher risk than they currently are, and omicron-specific boosters might even be necessary.

It will take time to answer those questions. But only once they are answered will we really know how much omicron will alter the course of the pandemic.