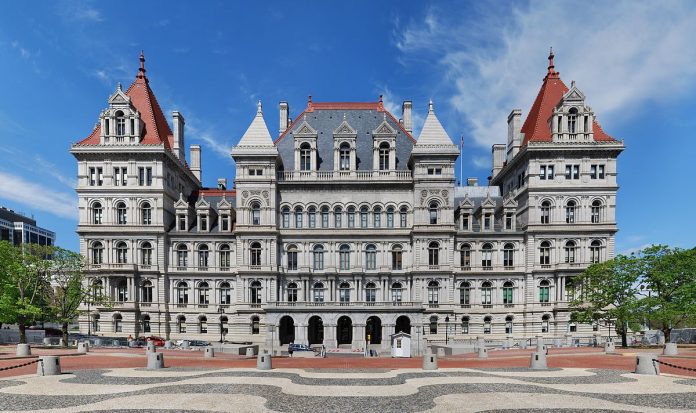 Governor Andrew M. Cuomo today announced the launch of six new Cuisine Trails in the North Country, doubling the number of Cuisine Trails across New York. The new network of trails, featuring 83 businesses in Clinton, Essex and Franklin counties, will boost the state’s growing agritourism sector and spotlight the region’s unique farms, food and beverage businesses. The announcement was made ahead of Columbus Day weekend, a traditionally busy time for tourism in New York State.

“These new Cuisine Trails highlight some of the best food and beverage producers and providers in New York,” Governor Cuomo said. “They will help connect Upstate farms and businesses with visitors and local markets, boosting the North Country’s economy and supporting growing trends in agritourism.”

“The new Cuisine Trails will showcase the many local businesses in the North Country and highlight the great products that our farmers and craft beverage producers have to offer,” said Lieutenant Governor Kathy Hochul. “The six trails in the area will continue to boost the agriculture industry, attracting more visitors and growing the economy of the region.”

The new Cuisine Trails wind through produce, dairy, beef and maple farms, orchards, restaurants, breweries, wineries, cideries and distilleries — from south of Ticonderoga, west to Tupper Lake and north to the Town of Champlain. They include the North Country Trail, the Adirondack Lakes Trail, the Boquet Valley Trail, the Champlain Valley Trail, Champ’s Trail and the Ausable Valley Trail.

Businesses along the trails are marketed on the Taste NY website, trail maps and at the new Adirondack Welcome Center, where details on the trails are included as part of the new consumer kiosks.

Since 2011, New York State has made unprecedented investments in the tourism industry throughout the State, resulting in historic levels of visitors and direct spending. Tourism is now the state’s third largest employer, supporting 938,800 jobs annually.

More than 12.4 million people visited the Adirondacks region last year – over 460,000 visitors more than 2016, and a nearly 20 percent increase since 2011. Regional tourism generates more than $1.4 billion in direct visitor spending, including $178 million in State and local taxes, and supports more than 21,300 jobs across six counties in the region.

Reports show that 93 percent of travelers worldwide have sought out and found notable food and beverage experiences while traveling, aside from dining at local restaurants. Governor Cuomo recognized the potential to boost both tourism and the food industry by tying them together through initiatives like Taste NY and through the creation of food, farm and beverage trails.

The new Cuisine Trails were created by the Adirondack Cuisine Trail Association, which includes members of Cornell Cooperative Extension, the North Country Chamber of Commerce, Paul Smith’s College, and the Regional Office of Sustainable Tourism. The New York State Department of Agriculture approved the designations, in coordination with the New York State Department of Transportation, adding to an expanding network of pathways for exploring locally grown and produced food and beverages.

The DOT worked with the cuisine trail groups to develop the most convenient and logical routes for New York food and beverage enthusiasts on the trails, which will in turn help spur sales for local farmers and related agribusinesses. DOT will also work with the organizations to determine appropriate locations for signage, ensuring the Cuisine Trails are easy to follow. Individual trail organizations coordinate fabrication, installation and maintenance of cuisine trail signs under a DOT permit.

The cuisine trail designation includes a combination of agricultural producers and retailers. Members are chosen by the organization that applies for Cuisine Trail designation and must be in relatively-close proximity, sell in a cooperative manner and offer a complementary variety of unique or hard-to-find fresh farm and food products

New York State Department of Agriculture and Markets Commissioner Richard A. Ball said, “This network of new Cuisine Trails ties together the Adirondack Lakes region, Lake Champlain, the Adirondack Mountains, as well as urban and rural businesses, to promote agritourism in the entire region. Governor Cuomo’s dedication to helping support our farm, food and beverage businesses is coming to life with this new tool for marketing and spotlighting our North Country businesses.”

New York State Department of Transportation Commissioner Paul A. Karas said, “These new Cuisine Trails will allow travelers from near and far to easily find and patronize agribusinesses, spurring local economic activity and tourism opportunities. These new North Country Cuisine Trails are easy to navigate and will showcase some of the region’s best locally-sourced farm products. In turn, they will help open up new markets for New York State’s world class farmers and producers.”

Empire State Development President, CEO and Commissioner Howard Zemsky said, “New York State’s newest Cuisine Trails will support small businesses across the North Country by showcasing the region’s diverse local food and beverage offerings and giving visitors a taste of all the Adirondacks have to offer.”

Senator Betty Little said, “The designation of these six new Adirondack Cuisine Trails will help 83 local farms, food-producers and beverage-makers connect with consumers. It will allow our farmers and businesses to showcase some of the North Country’s best food while boosting tourism in the region.”

Assembly D. Billy Jones said, “The addition of the six cuisine trails marks the start of a great economic opportunity for businesses, tourists and the residents of our region.  This initiative will connect food and beverage businesses with our North Country farms, creating a great experience for every customer.  By promoting the agritourism market through the Taste NY program, NYS will welcome even more visitors from around the world; leading to immeasurable growth in the North Country economy.”

Adirondack Cuisine Trail Association Organizer and Founder and VP of Cornell Cooperative Extension of Essex County Jay White said, “The official approval of these six Cuisine Trails is a culmination of local ingenuity, the innovation of Cornell Cooperative Extension and the dedication of the Cuomo Administration for the upstate economy. With these trails, the agricultural communities of the eastern Adirondacks are being provided valuable opportunities to create a more sustainable economy. Through Governor Cuomo’s committed staff at the Department of Agriculture and Markets, and the Department of Transportation, farmers and producers have been given a better chance to tell their stories and sell their products.”

Adirondack Coast Visitors Bureau Assistant Director of Tourism and Marketing Alyssa Seneca said, “The Adirondack Coast is easily characterized by a working landscape that allows for a thriving industry of local agriculture, including orchards, vineyards, sugar houses, farm stands and so much more. Not only do these businesses define our landscape – they defne our way of life.  It is these sectors of agriculture, along with many others, that have made agritourism what it is today on the Adirondack Coast and what helps to bring those sought after, unique experiences to our area.  Having two Cuisine Trails that travel through our area to accentuate these amazing businesses is helping to make a great thing even greater!”

Owner of Lake Clear Lodge and Retreat, in Franklin County, Ernest Hohmeyer, said, “Due to our sheer geographic size coupled with the small business nature of our economy, rural regions such as ourselves need to network and forge private public partnerships. This opportunity the state is providing through the Adirondack Cuisine Trail network is an important symbol as to how this can be done. For our region, with so many wonderful opportunities that are widely dispersed, the Trail can be a great connector. The ability to include farms, breweries, and restaurants, which include local foods on their menus, creates a mix that lets you then create a brand, with a diverse set of partners.”

The six new Cuisine Trails include the following businesses:

Cuisine and beverage trails are helping grow New York businesses and market the State’s finest home-grown, made and produced products.

In addition to Cuisine Trails, New York State is home to at least 30 farm, apple, cheese, wine, beer and beverage trails. Since the state held its first Beer, Wine, Spirits and Cider Summit in October 2012, the number of businesses producing craft beverages has more than doubled, while the number of farm-based manufacturers has increased by 165 percent. A total of 581 new craft businesses have opened, including 307 new craft breweries, 116 wineries, 114 distilleries and 44 new cideries – bringing the total to more than 1,000 manufacturers.

For more information on how to apply for an official cuisine trail designation, visit the Taste NY website.