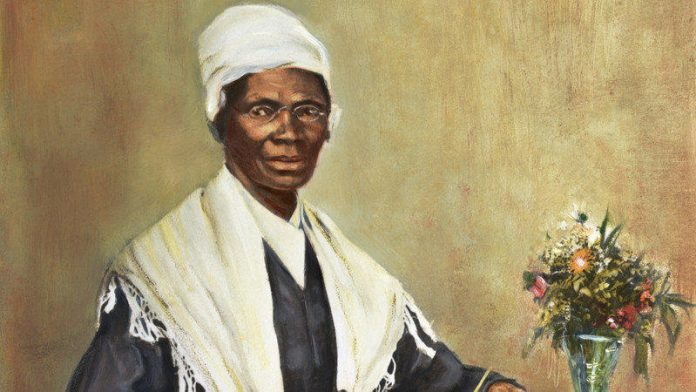 Governor Andrew M. Cuomo today announced a Yonkers sculptor has been commissioned to create a monument commemorating famed abolitionist and suffragette Sojourner Truth. The monument will be located at the Walkway Over the Hudson State Historic Park along the Empire State Trail in Ulster County. Sculptor and artist Vinnie Bagwell’s proposed design for a 7-foot bronze statue of Sojourner Truth will help more fully include and represent women and people of all races and creeds who have contributed to the history of New York State.

“Sojourner Truth’s courage and determination helped blaze a trail for women and people of color across the country, and this monument will help future generations remember her legacy and inspire them to continue the fight toward a more just society,” Governor Cuomo said. “I am thrilled that the State of New York is commissioning fellow New Yorker Vinnie Bagwell to create this monument and I can’t wait to see her work depicting this historic figure along the Empire State Trail.”

“A monument of Sojourner Truth at the popular tourist site Walkway Over the Hudson State Historic Park will honor the suffragette and the many women who fought for our rights and protections,” said Lieutenant Governor Kathy Hochul, Chair of the NYS Women’s Suffrage Commission. “During Women’s History month, and every month, we want to make sure that the women who came before us are remembered and that we continue their fight for women’s rights in New York State.”

In November 2017, Governor Cuomo and Lieutenant Governor Kathy Hochul announced the construction of a monument honoring Sojourner Truth to commemorate the 100th anniversary of women’s suffrage in New York State. Truth was born into slavery in Ulster County circa 1797, sold three times, and ultimately escaped to freedom in 1826. She went on to become a noted abolitionist and women’s rights advocate until her death in 1883.

Artist Vinnie Bagwell’s design intends to capture Sojourner Truth’s warmth, compassion, humility and beauty. It will be enhanced by a narrative of rich details in low bas-relief sculpture techniques including text, braille and symbols to encourage viewers to walk around it and study its surface. The folds of her skirt will be employed as a canvas to depict Sojourner’s lifetime experience, including images of a young enslaved mother comforting her child, a slavery sale sign, and a poster for a Women’s Suffrage March.

Bagwell, a native New Yorker, is also leading the conception and design of the Enslaved Africans’ Rain Garden in Yonkers, a public art project to commemorate the first enslaved Africans to be freed by law in the United States.

“The Sojourner Truth statue will enhance Walkway Over the Hudson State Park historic role as ‘The Great Connector’ by connecting visitors to Sojourner Truth’s strength, vision and dedication to freedom and women’s rights,” Acting Commissioner Erik Kulleseid said. “Thanks to Governor Cuomo and Lt. Governor Hochul for encouraging New Yorkers to remember the unsung people who made fought for equality and freedom.”

Artist Vinnie Bagwell said, “The design is intended to provoke critical thinking, create a sense of place, and inform viewers that artistry is a powerful and useful tool of social transformation; one capable of condensing out thoughts, distilling our minds and renewing our hopes and aspirations. My hope is that visitors of this special place will be able to leave with the ability to appreciate and affirm the strength and beauty of ethnic, gender and cultural pluralism; and now—more than ever—feel a sense of responsibility for the future of liberty and freedom for all people.”

Ulster County Executive Adele Reiter said, “I am deeply grateful to Governor Cuomo; Acting Commissioner of Parks, Recreation and Historic Preservation Erik Kulleseid; and the Board and staff of the Walkway Over the Hudson for choosing to place this monument, which honors one of Ulster County’s most celebrated historical figures, at the gateway to our County’s growing trail system. As visitors enter Ulster County from the Walkway Over the Hudson, it is fitting that they will be greeted by Sojourner Truth – a trailblazer of the nineteenth century abolitionist movement who embodies the shared values of strength, sacrifice and equality that make Ulster County a great community to visit and to live. Following the Empire State Trail west from the Walkway, as it traverses Ulster County and passes through Highland, New Paltz, Rosendale and Kingston, I am confident that visitors and residents alike will find that it connects them not only to our amazing scenery, our great parks, and our historic communities, but to an unfolding story that has helped shape our nation’s character over the past four-hundred years.”

New York State is the home of the women’s rights movement. It hosted the first-ever Women’s Rights Convention at Seneca Falls in 1848, organized by Lucretia Mott and Elizabeth Cady Stanton. Sixty-nine years later, on November 6, 1917, women in New York State secured the right to vote. Three after that, the 19th Amendment was ratified, granting women across the United States the right to vote.

The New York State Women’s Suffrage Commission, chaired by Lieutenant Governor Kathy Hochul, is organizing programs to commemorate women’s suffrage through 2020, which will mark a century since the 19th Amendment was ratified. The Commission’s programs celebrate the accomplishment of women’s suffrage and the central role of New Yorkers and New York State in this milestone, while also helping shape the future to ensure a more just and equitable society for all. To learn more, visit www.ny.gov/suffrage.