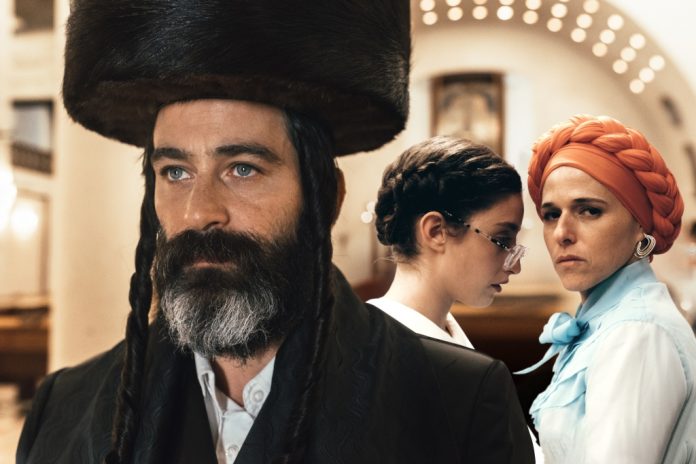 The story of impossible love set in a tight-knit ultra-Orthodox religious community heralds from Shtisel, Fauda and Your Honor outfit Yes Studios. Launch is lined up for spring of this year.

Laced with fantasy, the seven-part series tells the coming-of-age story of a troubled young woman, Faigie, who’s grown up in a broken home and falls passionately in love with Nathan, the 35-year-old married son of the leader of the ultra-orthodox community where they both live. Nathan is also the owner of a workshop which employs seamstresses who live with mental illness, run by Faigie’s mother, Rayzee. Following a failed suicide attempt, Faigie becomes part of Nathan’s household, helping to run the home while Nathan’s wife, Yocheved, is pregnant with their first child, after nearly two decades of marriage. The bond between the two families tightens as Faigie grows dangerously close to Nathan, though Faigie’s feelings and her longing for a relationship with Nathan can never materialize as they are governed by the rules dictated by their religious beliefs- which could not allow such passion to be consummated.

New York-born Israeli filmmaker Burshtein-Shai, writer and director on the series, is well known for 2012 movie drama Fill The Void, which played at the Sundance, Venice, London and New York film festivals.

Her debut TV drama is produced by Shira Margalit and Elad Kuperman at Kuma Studios, Adar Shafran and Tammy Cohen at Firma Productions, and Yes TV.

Said Yes Studios’ recently appointed MD Sharon Levi: “Fire Dance, through the talented creator, Rama Burshtein-Shai, gives us, the viewers, an honest and bold glance into one of the most intriguing and closed off ultra religious communities. The series deals with an impossible love story from an authentic and honest point of view. Yes Studios is proud and excited to introduce this fascinating drama to international audiences.”

At Series Mania, Yes also has nine-part rom-com Bloody Murray, starring On The Spectrum‘s Naomi Levov and Rotem Sela. The shows is nominated for Best Series in this year’s Series Mania Comedy Competition.