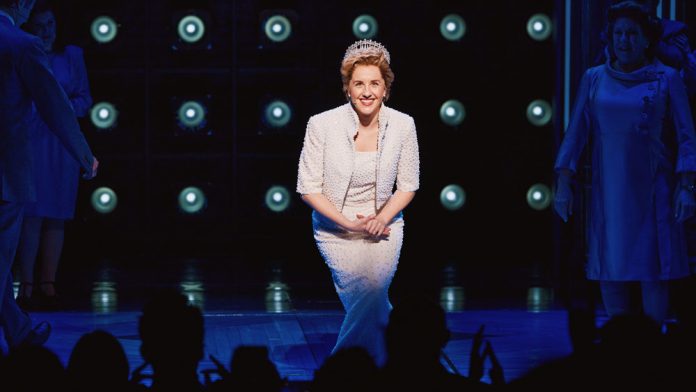 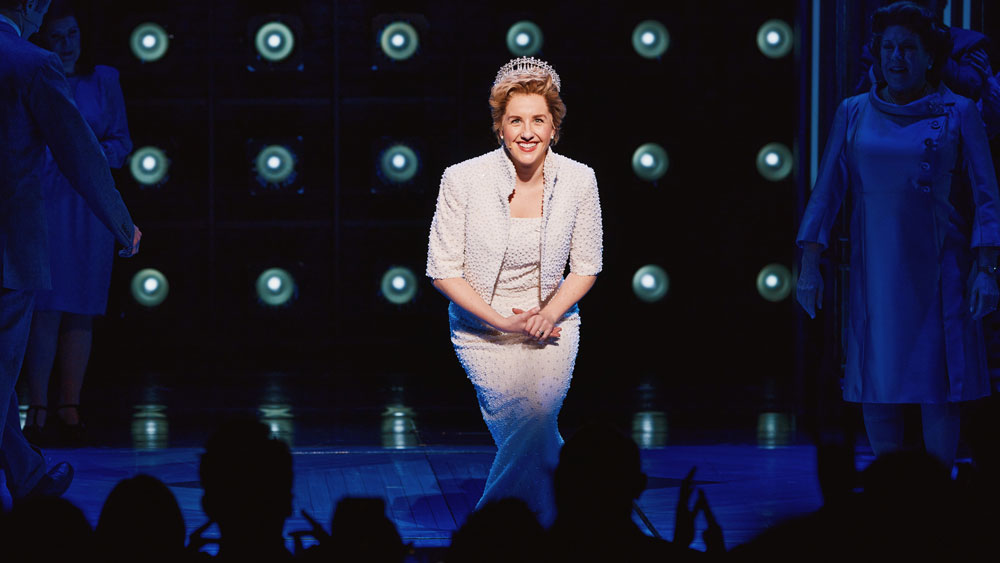 A white Rolls-Royce pulled up to the stage door of the Longacre Theatre on Broadway, and Jeanna de Waal and Roe Hartrampf, the Princess and Prince of Wales in “Diana, The Musical,” emerged from the stage door to be whisked away to their after party.

It was opening night for the new musical, which began previews on Broadway before the pandemic and, Wednesday evening, finally opened before a crowd of friendly faces.

The reviews were in, deafening from all sides to decry the new musical as a sensational flop which abuses a tabloid telling of Diana’s life for a few laughs and a cheap song. And the Rolls-Royce ride, a momentary lapse between the all-day rush, the dizzying whirl of the show, and a coming night of hobnobbing at the Bryant Park Grill, was a gift and a momentary respite—if not for a Variety reporter in the front seat.

“The night’s just starting. The hard part’s over,” Hartrampf said, settling into the plushy cushion as the Rolls-Royce pulled away.

Here was a moment for Waal, who’s been with the project since its earliest incarnations five years ago and who, in truth, gives an “Evita”-like performance each night, to rebut those reviews.

“I’m intrigued why people think it’s great to make a really serious film about her, but really bad to make a light-hearted musical,” Waal said as the Rolls-Royce inched its way through Times Square.

“They’re both produced privately for profit, and they’re both entertainment. So, why is one fine and the other isn’t?,” she asked. “The audiences who come to see our show, who wear tiaras and boo at Charles, are just as deserving of their entertainment as someone who wants to go to the movies and weep.”

True, to borrow a phrase from the show, “Diana,” written by Bon Jovi keyboardist David Bryan and book writer Joe DiPietro, is somewhat of a Royal Horror Picture Show. It’s a musical which audiences and the Broadway community alike have anticipated with a fearful intensity since it was announced two years ago, equally elated and terrified of what a blousy, campy, over-the-top musical sensation drawn from a loose sketch of Princess Diana’s life could wrought on Broadway. When, during the pandemic, Netflix released a filmed version of the stage musical, “Diana’s” cult status only grew in legend.

“Look,” Frank Marshall, the show’s producer who last mounted “Escape to Margaritaville” on Broadway, said outside the theater before the performance on Wednesday. “This was never meant to be a serious study. This is one way of telling her story, and we have to face the reality that it was a tabloid story,” he said, echoing the first line spoken in the musical: “Was there ever a greater tabloid tale?”

Inside the Rolls-Royce, Waal and Hartrampf’s conversation with Variety continued.

“We’re trying our best to take you on the journey with us,” Hartrampf said, playing good cop to Waal’s defense, the duo a lockstep pair as the musical’s longtime Diana and Charles.

“We’re not playing acoustic guitars here,” she persisted. “It’s literally the point to be exaggerative. It’s a musical, and by all accounts Diana was the most fun, most silly, most rebellious, most spontaneous person. And I genuinely think she’d enjoy it,” Waal continued, firm in her resolution as the car turned the corner to arrive at the party.

“Here’s the deal,” she ended, the valet opening the door.

“I love that our show doesn’t take itself seriously. And so you can judge it for being that, if you like,” she said, saved by her arrival and, not unlike Diana herself, emerging from the Rolls-Royce to flashbulbs and photographers, eager to catch a glimpse.