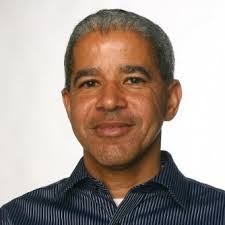 Marc Lacey is currently the National Editor for the New York Times. He has served as Washington correspondent for the New York Times, where he covered the State Department and was a frequent guest on PBS’s Washington Week, ABC’s This Week, and C-Span’s Washington Journal. He began his journalism career by writing for the student newspaper at South High School and went on to Cornell University where he was the editor-in-chief for the Cornell Daily Sun.

After graduating from Cornell, he returned to Western New York and worked at the Buffalo News before accepting a job at the Washington Post. While in DC, he attended George Washington University where he received a master’s degree in international policy. Lacey also spent 10 years at the Los Angeles Times, where he covered issues ranging from street gangs to the beach to the California congressional delegation in Washington.

An award-winning journalist, Lacey participated in the Pulitzer Prize winning coverage of the Los Angeles riots in 1992. He has traveled the globe, spending six weeks in Kosovo reporting on the flow of refugees into Albania, and once lived in Nairobi, Kenya for the New York Times as its bureau chief covering East Africa, Mexico City and Phoenix, Arizona.

Lacey has participated in the Big Brother program and is involved in fundraising activities for Aids Research. He frequently speaks about journalism to young people, extolling the ethics and ideals of his profession.