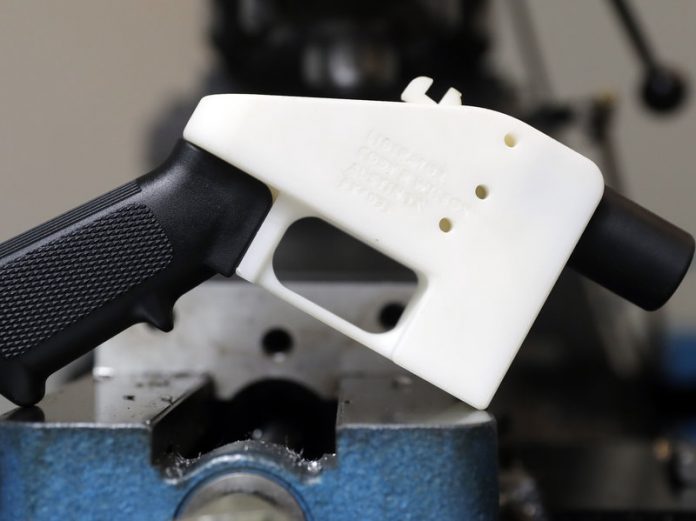 NEW YORK – New York Attorney General Letitia James today announced that a federal judge has granted a multistate request for a preliminary injunction that will block the Trump Administration from allowing 3D-printed gun files to be released on the internet. Attorney General James and a coalition of 20 additional attorneys general from around the nation filed a lawsuit to stop the Trump Administration from allowing the release of files in January. The files would allow anyone to go online to simply use easily, downloadable files with specifications for particular guns — including AR-15s — and then manufacture unregistered and untraceable 3D-printed firearms that can be extremely difficult to detect, even with a metal detector. Untraceable firearms are sometimes called “ghost guns” because they lack a serial number or other identifying features.

“Ghost Guns threaten the safety of every man, woman, and child in America,” said Attorney General James. “We filed this lawsuit to stop the Trump Administration from making it easier for our schools, our offices, and our places of worship from turning into killing fields, and, thanks to the court, the president has been rebuffed in his attempt to cater to the one constituency he cares about: the gun lobby. We must finally put an end to the senseless cycle of gun deaths that we’ve seen in Parkland, Las Vegas, Charleston, Orlando, Pittsburgh, Aurora, El Paso, Virginia Beach, Newtown, and so many other devastated communities.”

On Friday evening, Judge Richard Jones ordered a preliminary injunction — blocking the Trump Administration from allowing the files to be released — while the lawsuit brought by Attorney General James and the coalition continues in the U.S. District Court for the Western District of Washington.

In his order, Judge Jones wrote, “The Court must acknowledge the grave reality that is likely to occur without injunctive relief. As the agency’s specific findings in the record show, the proliferation of 3-D gun files on the internet likely renders ineffective arms embargoes, export controls, and other measures used to restrict the availability of uniquely dangerous weapons sought by those seeking to commit acts of terrorism or other serious crime — implicates serious national security and public interests.”

As a result of a previous multistate lawsuit, a federal judge in Seattle struck down the Trump Administration’s prior attempt to allow the release of the files.

In the rules, the Administration acknowledges the dangers posed by the distribution of 3D-printed gun files, stating, “Such items could be easily used in the proliferation of conventional weapons, the acquisition of destabilizing numbers of such weapons, or for acts of terrorism.” However, due to loopholes in the Commerce regulations, the agency would lack the power to regulate 3D-printed guns in any meaningful way.

Judge Jones’ order blocks the Trump Administration from transferring the 3D-printed gun files to Commerce and requires the State Department to continue regulating them while the multistate lawsuit continues.