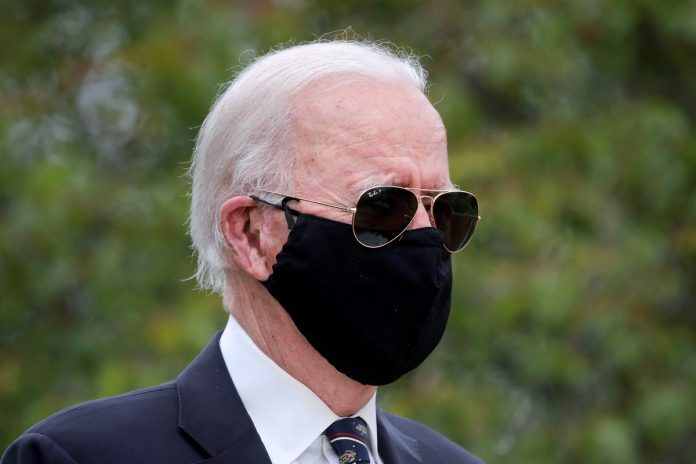 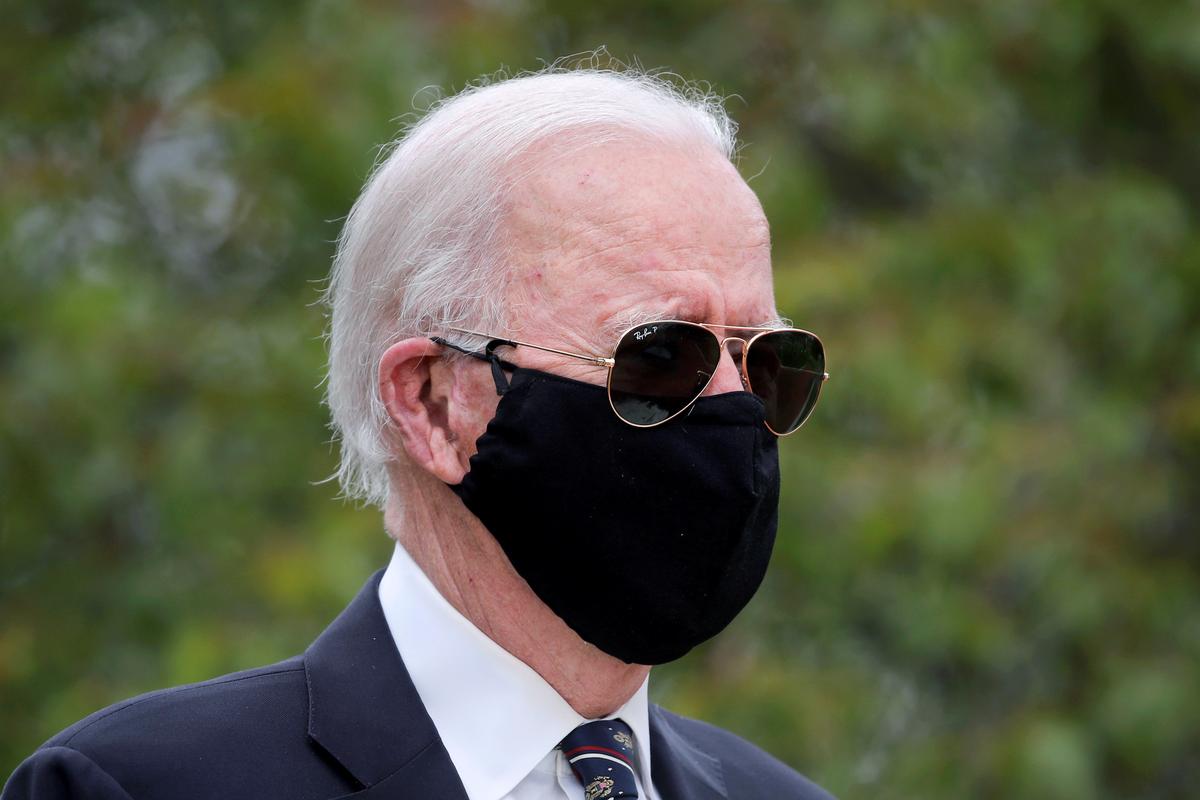 WASHINGTON (Reuters) – Democratic presidential candidate Joe Biden on Tuesday called his Republican rival Donald Trump an “absolute fool” for not wearing a mask at a series of recent public events, saying his lack of leadership on the issue is “costing peoples’ lives.”

The decision whether to wear a face mask in public has emerged as a national political battle, and the two presidential candidates have adopted very different approaches.

Biden’s decision to wear a mask outdoors on Memorial Day at his first public event since March caught the attention of Trump, who retweeted an image of Biden at the event accompanied by a comment: “This might help explain why Trump doesn’t like to wear a mask in public.”

The president has resisted wearing masks in front of cameras at series of public events, including on Memorial Day.

“He’s a fool, an absolute fool to talk that way. Every leading doc in the world says you should be wearing a mask in a crowd,” Biden said in a taped interview with CNN.

The president said on Tuesday he thought it was “very unusual” that Biden wore the mask on Memorial Day since he was outside in good weather.

White House spokeswoman Kayleigh McEnany said Trump was not shaming anyone. Biden’s outing on Monday was his first in several weeks. The 77-year-old candidate has been staying at home because of the pandemic. Trump, who has restarted his travel schedule in recent weeks, has knocked the Democrat for not leaving his house.

“The president is excited to see that Joe emerged from the basement. It is a bit peculiar though that, in his basement, right next to his wife, he’s not wearing a mask, but he’s wearing one outdoors when he’s socially distanced. So I think that there was a discrepancy there,” she told reporters.

The Centers for Disease Control and Prevention recommends wearing cloth face coverings in public settings where social distancing measures are hard to maintain. The guidelines do not suggest wearing masks at home.

McEnany said Biden’s choice to wear a mask did not strike Trump as “a very data-driven decision.”