“Back the Blue” Violence in Schuyler 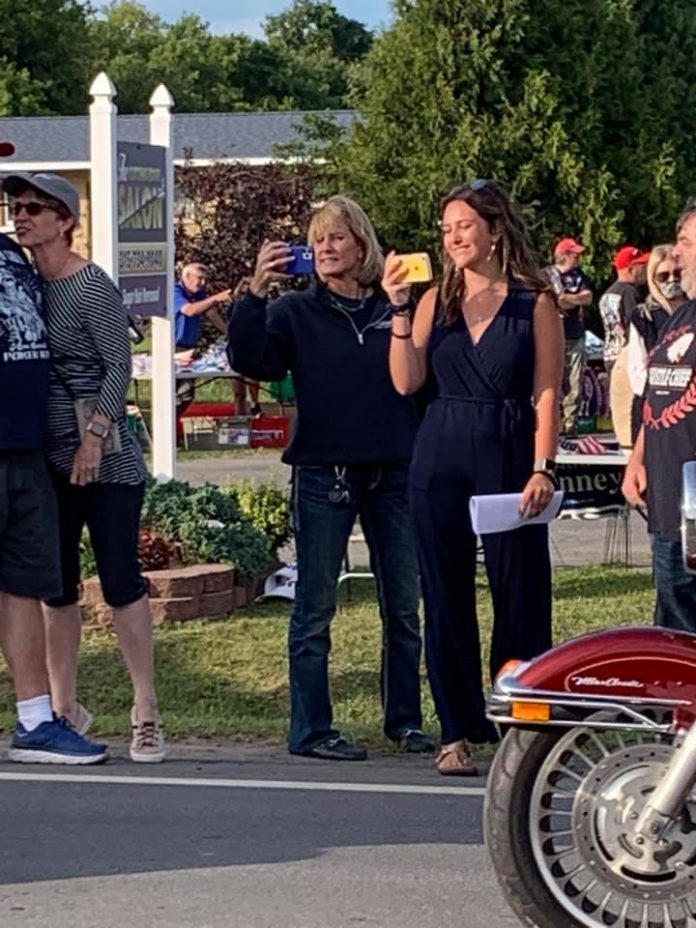 Addendum: It has come to the attention of Utica Phoenix Staff that the group that protested the “Back the Blue” Rally in Schuyler were, in fact, a group known as “Utica Abolitionists.” They are in no way affiliated with Black Lives Matter. This report has been edited to reflect that development.

On Wednesday, August 26th, a “Back the Blue” rally was held outside of Dave’s Diner in the town of Schuyler.

“Utica Abolitionist” protesters showed up at the rally and ended up on the receiving end of a barrage of insults coming from “Back the Blue” supporters. The insults included homophobic slurs and racist remarks, including things such as “Black Lives Splatter” and “George Floyd is a Criminal.”

Despite the antagonism coming from the “Back the Blue” supporters, the small group of “Utica Abolitionists” held their ground, refusing to insult anyone or instigate violence. 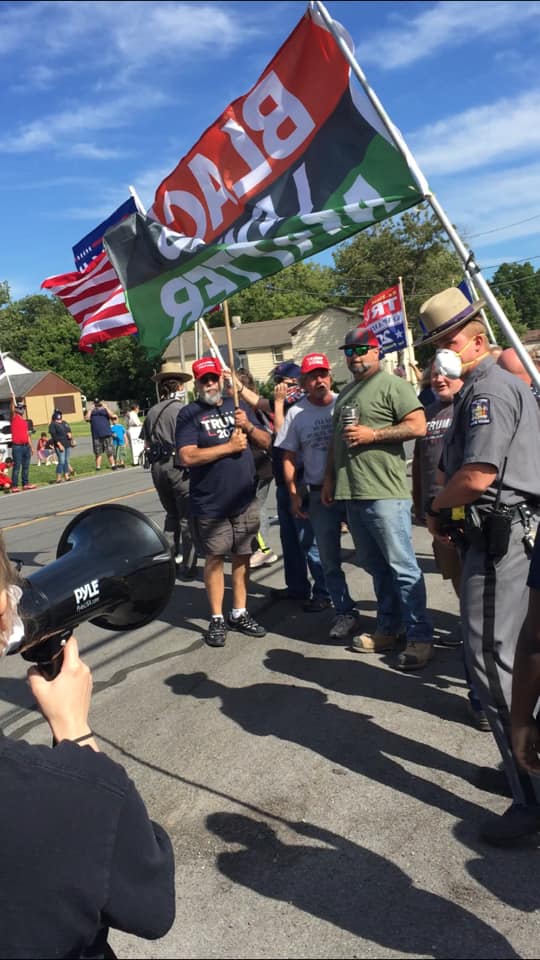 Near the end of the rally, a number of “Back the Blue” supporters advanced toward the “Utica Abolitionist” protesters in an aggressive manner. According to Troy Lockwood, one of the protesters confronted, State Troopers stepped in to separate the two groups but never made any arrests. According to WKTV.com, Trooper Jack Keller said several witnesses were interviewed, but that “nothing happened.” It is worth mentioning that none of the other “Back the Blue” supporters condemned any of these actions. 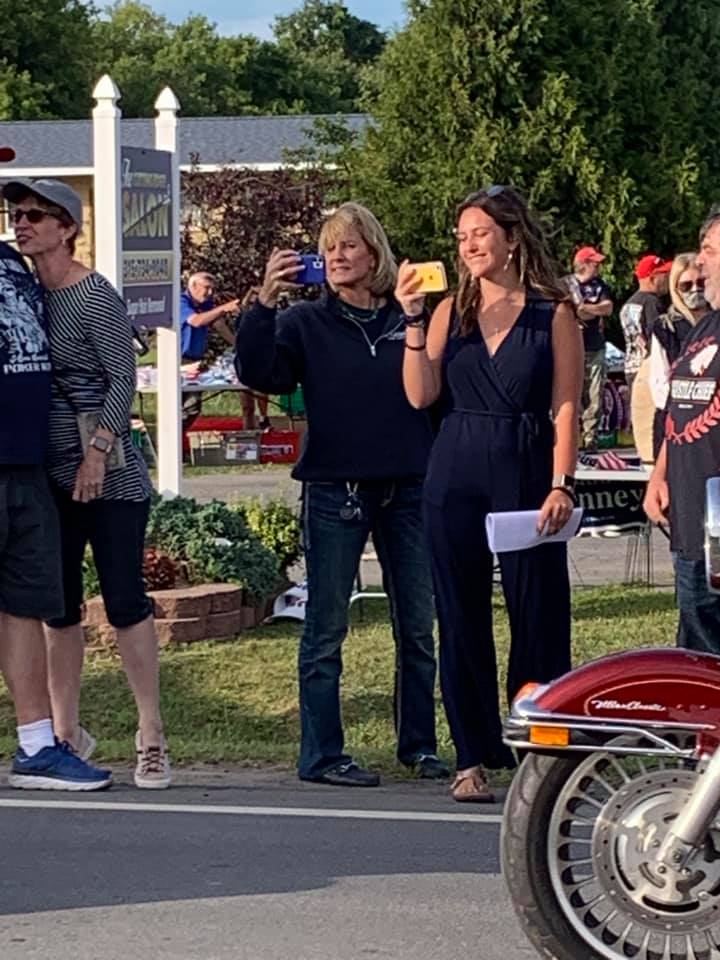 At some point before the end of the rally, Claudia Tenney arrived on the scene. Tenney was seen laughing and taking pictures of the “Utica Abolitionist” protesters from the “Back the Blue” side of the street. Tenney, also, never deterred the “Back the Blue” supporters from hurling insults either.

The “Back the Blue” supporters continued harassing the “Utica Abolitionists” after the rally ended, saying they would follow them home. Troy Lockwood, and his brother, Daniel Lockwood, claim that as they escorted fellow protesters back to their vehicles for safety, a couple of men confronted them in a nearby parking lot as they preparing to leave. One of the men, one of which THE INDYPENDENT has identified as Jason Winter, Sr., attempted to assault Daniel, Troy, and a fellow activist (see photo), threatening to kill them. According to THE INDYPENDENT, Winter succeeded in hitting Daniel in the head. 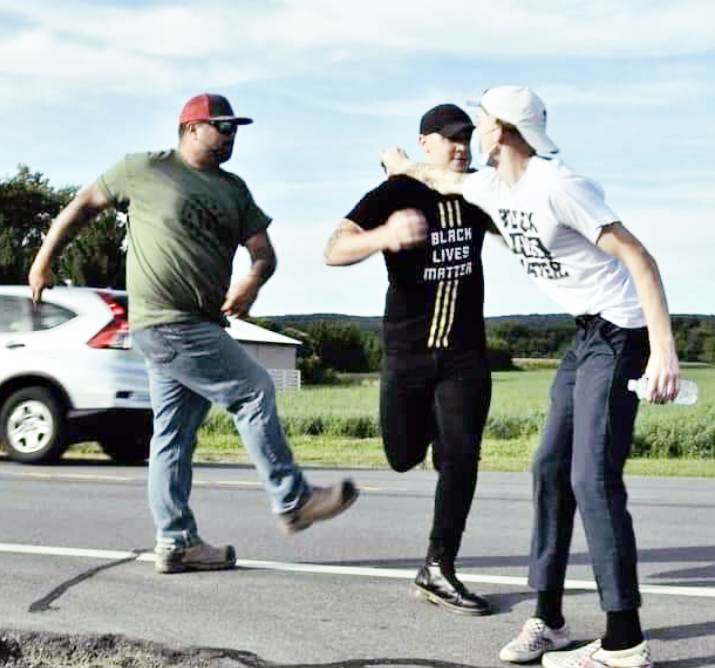 Jason Winter Sr. can be seen wearing a 3% Militia t-shirt; a group that has historically had ties to white supremacy.

Updated for accuracy on September 1st at 7:15 PM

For more information on the Schuyler incident, see ‘Conflict in Schuyler, Left vs Right,’ submitted by Eamon Handzel.

All photos submitted by and with the permission of Troy Lockwood.