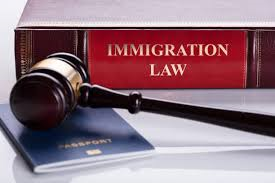 “Our victory over the Trump Administration’s over-policing policies ensures the important work happening in local courts will continue undeterred without the targeting of immigrants seeking access to our courts,” said Attorney General James. “By allowing federal agents to interfere with state and local cases, the Trump Administration endangered the safety of every New Yorker, while targeting immigrants. All New Yorkers — immigrant or not — can sleep better tonight knowing justice can continue to be carried out. I thank DA Gonzalez for his invaluable partnership in bringing this lawsuit forward and fighting for New York’s immigrant community.”

District Attorney Gonzalez added, “For more than three years, I have been calling on ICE to stop its unconscionable practice of conducting immigration raids in and around our courthouses because they jeopardize public safety. But the Trump Administration only escalated this unlawful and dangerous tactic, creating a chilling effect in immigrant communities, which discouraged victims and witnesses from reporting crimes and participating in the legal process. I joined Attorney General James in filing a federal lawsuit to bring this practice to an end, so I am extremely gratified that U.S. District Judge Rakoff today agreed and enjoined ICE from making those arrests, finding that it was a violation of longstanding practices, of their own policies, and interfered with the administration of justice. Allowing every resident equal access to our justice system is crucially important and necessary for maintaining fairness and public safety.”

“We commend Attorney General Tish James’ strong advocacy on behalf of New Yorkers seeking justice and all those who should have unfettered access to our courts,” said Lilia I. Toson, supervising attorney in the civil law reform unit, The Legal Aid Society. “Today’s decision is a clear statement that our judicial system will no longer stand for brazen abductions by ICE agents, and we hope that a forthcoming decision in our parallel lawsuit reinforces that statement.”

Last September, Attorney General James and DA Gonzalez filed a lawsuit against ICE and the U.S. Department of Homeland Security, challenging the legality of the federal government’s expanded policy of arresting immigrants in or around state courthouses. The suit sought to halt a three-year pattern of civil immigration arrests by federal ICE agents in and around state courts, which have caused a major disruption to state court operations. By targeting witnesses and victims for arrests, noncitizens and immigrants are deterred from assisting in state and local law enforcement efforts or protecting their own rights in court. As a result, valid prosecutions have been abandoned — or never pursued — making communities less safe.

After Attorney General James and DA Gonzalez filed their lawsuit, President Trump and his Administration immediately filed a motion to dismiss the lawsuit, but, in December, Judge Jed Rakoff denied the motion, saying, “Courts cannot be expected to function properly if third parties (not least the executive branch of the government) feel free to disrupt the proceedings and intimidate the parties and witnesses by staging arrests for unrelated civil violations in the courthouse, on court property, or while the witnesses or parties are in transit to or from their court proceedings.”

Earlier this year, both sides in the case asked the district court to rule expeditiously in the case, and, last month, the court heard oral arguments on both plaintiffs’ and defendants’ motions for summary judgment.

Since President Trump took office, ICE courthouse arrests have skyrocketed in New York, leading to a widespread, chilling effect on noncitizens’ willingness to initiate and participate in the judicial system. Hundreds of immigrants have been arrested while appearing in and around state courts since January 2017, including those accused of a crime; parents appearing in child support matters; survivors of domestic violence, sexual assault, human trafficking, and other crimes; people who are mentally ill or homeless; and LGBTQ+ individuals; among others. These arrests have happened on a near-daily basis.

Moreover, ICE courthouse arrests disrupt court functions, trample the due process rights of the accused, imperil public safety, and deter immigrants from reporting crimes. By using the court system to trap immigrants for detention and deportation, ICE is effectively keeping immigrants from ever accessing state courts in the first place and actively interfering with and violating the rights of individuals, associations, and organizations across the state.