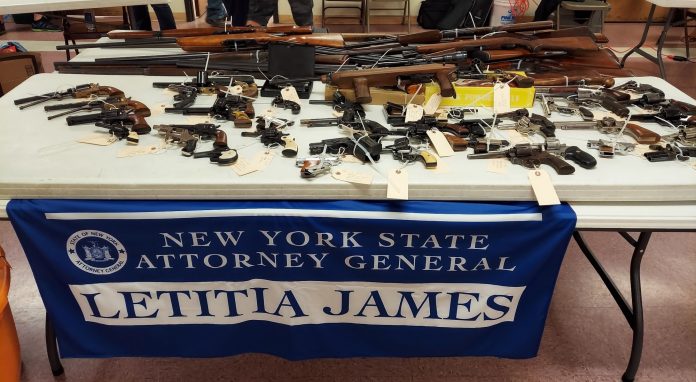 AG James Has Taken More Than 1,100 Firearms Out of Communities Since 2019

NEW YORK – New York Attorney General Letitia James today announced that 79 firearms were turned in to law enforcement at a gun buyback event hosted by her office and the Poughkeepsie City Police Department. The Office of the Attorney General (OAG) accepts — with no questions asked — working and non-working, unloaded firearms in exchange for compensation on site. To date, Attorney General James has taken more than 1,100 firearms out of communities through gun buybacks since taking office in 2019.

“Gun violence is an ongoing threat to our neighborhoods and it endangers New Yorkers every day,” said Attorney General James. “From taking guns off the streets, to going after those who illegally own guns and cause harm, I am taking every step possible to protect our communities from gun violence and prevent potential tragedies. My office will continue to do everything we can to preserve public safety, and I thank our partners in law enforcement for their crucial support in this effort.” 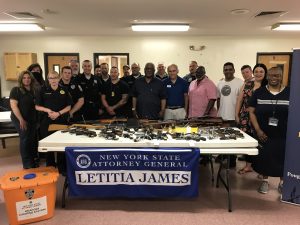 The community buyback resulted in 79 guns being collected, including 47 handguns, 26 rifles and shotguns, an assault rifle, and five non-working or antique guns. Since 2013, OAG has hosted gun buyback events throughout New York state and has successfully collected more than 3,200 firearms.

In exchange for the firearms, OAG also offered monetary compensation, in the form of prepaid gift cards, and Apple iPads when an unloaded gun was received and secured by an officer on-site.