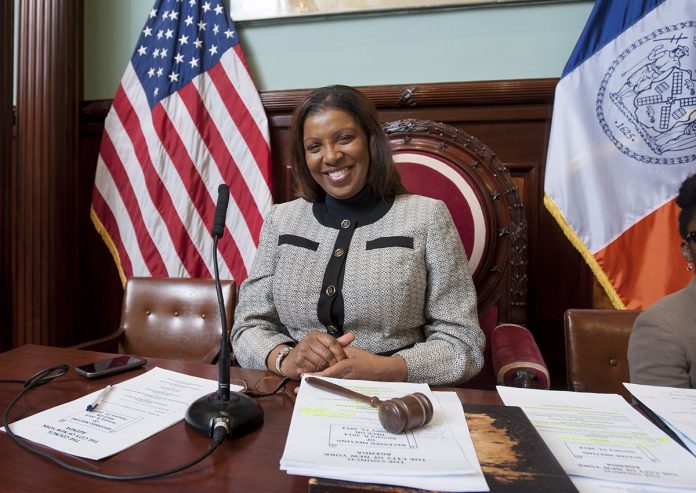 “The FDA’s fundamental responsibility is to protect the health and wellbeing of the American public,” said Attorney General Letitia James. “Increased enforcement action on flavored e-cigarettes are critical to public health, especially for young New Yorkers, who too often get hooked on these products at a young age, leading to a lifetime of addiction. My office will continue to work with other states to prioritize the welfare of our youth.”

On March 14, 2019, the FDA published the Draft Guidance entitled “Modifications to Compliance Policy for Certain Deemed Tobacco Products” to explain its proposed changes to the compliance policies for certain deemed tobacco products, including e-cigarettes, and to describe how the FDA intends to prioritize its enforcement resources with regard to the marketing of those products. As part of its rulemaking process, the FDA sought comments to inform the final version of the guidance. The Attorneys General are urging that the FDA prioritize enforcement action against all flavored e-cigarettes, including menthol, and mint; begin enforcement sooner than its proposed date, and ban the online sale of e-cigarettes.

The comment letter urges the FDA to take these actions for a number of reasons. Research has shown that current use of menthol or mint e-cigarettes increased from 42.3% to 51.2% among all current e-cigarette using high school students during 2017-2018.  Additionally, online sales of e-cigarettes make such products less expensive through evasion of state taxes, which makes them more readily available to youth.

The letter was led by New York Attorney General James and signed by the Attorneys General of California, Connecticut, Illinois, Pennsylvania, Rhode Island, and Vermont.

In 2009, Congress enacted the Family Smoking Prevention and Tobacco Control Act (TCA), which effectively banned cigarettes that contained flavors other than tobacco or menthol, and granted the FDA the authority to regulate tobacco products. The TCA was passed in order to reduce the number of youth who smoke and become addicted to tobacco products. The New York State Office of the Attorney General now urges the FDA to follow in the footsteps of Congress and take action against flavors in other products, such as e-cigarettes.