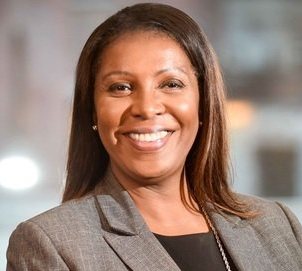 In the brief, the Attorneys General urge the U.S. District Court for the Southern District of California to deny the Trump Administration’s motion to partially dismiss the lawsuit. The brief discusses how the Trump Administration’s “Turnback Policy” exacerbates inhumane conditions at the border and causes severe harm to asylum-seekers who, through misrepresentations and intimidation by CBP, are turned away from the border. The “Turnback Policy” is contrary to both the United States’ treaty obligations and federal law, which require immigration officials to promptly give asylum-seekers a fair chance to present their claims.

“Those seeking asylum in our country are doing so because they fear for their safety,” said Attorney General Letitia James. “It is unconscionable that the federal government is making a policy decision that could result in sending people who are fleeing persecution back into harm’s way. New York will continue to do all we can to support those seeking refuge here and fight back against anyone who tries to thwart this process.”

Al Otro Lado v. Nielsen challenges the U.S. Department of Homeland Security’s “Turnback Policy,” mandating lower-level officials turn back asylum-seekers at the border. Under this policy, CBP has used various methods to deny asylum-seekers access to the asylum process including misrepresentations, threats and intimidation, coercion, verbal and physical abuse, and “metering,” the practice of putting artificial, daily limits on the number of asylum-seekers allowed to cross the border. In the brief, the States maintain that such practices unlawfully deter and deny asylum-seekers access to the asylum process and create further harm by forcing them to languish at the border under inhumane conditions.

The coalition also argues that States will be harmed by the effects of this illegal policy. States invest their own resources to provide education, healthcare, and other services to immigrants residing within their borders, including asylum-seekers once they are in the country. State and local governments will incur the cost of providing services to asylum-seekers who suffer unnecessary trauma as a result of the “Turnback Policy.” The state signatories to the brief have welcomed over 70 percent of the national total of asylees and have a profound interest in ensuring that the rights and welfare of asylum-seekers are protected.

A copy of the brief can be found here.