Assemblywoman Buttenschon Calls for Businesses Such as Gyms, Malls, Cinemas and Recreational Facilities Excluded from Phase 4 Reopening Plan to be Included 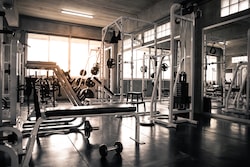 Assemblywoman Marianne Buttenschon (D-Utica/Rome) is calling on Gov. Cuomo to include businesses such as gyms, movie theaters, indoor malls and recreational facilities in Phase 4 of New York’s reopening plan. Following a recent announcement that these businesses wouldn’t be allowed to open in Phase 4, business owners across the state have expressed concerns about their financial and operational stability.

“Thanks to compliance by citizens and the hard work of our state leaders to protect the public health, New York’s reopening plan has been safe and effective,” Buttenschon said. “However, as we continue fighting to stop the spread of the virus, the lack of guidance as to when large indoor businesses can reopen places an unfair and undue burden on local business owners. They deserve, at the very least, a clear timeline that explains when they can expect to resume operations and a detailed explanation for why they were excluded.”

Assemblywoman Buttenschon has partnered with Assemblymember Monica P. Wallace (D-Lancaster) and Assemblyman Kenneth P. Zebrowski (D-Rockland), to bring attention to the governor’s exclusion of multiple businesses from the reopening timeline, which are harming the state’s economic recovery. Together, the Assemblymembers detail specific precautions that will be taken by businesses to slow the spread of the virus, such as providing sanitizing stations, requiring face masks and enforcing social distancing and capacity limits. Furthermore, they point out that industries similar to the ones excluded, such as aquariums and museums, are allowed to reopen during Phase 4.

“This administration has, until now, been incredibly transparent with the public during this crisis,” Buttenschon said. “It’s only fair that the owners of these businesses receive the same level of respect and transparency.”

Industries that will be allowed to reopen in Phase 4 currently include higher education, low-risk indoor and outdoor entertainment, media production and sports competitions with no fans.