American Held Captive in Sudan Must be Freed 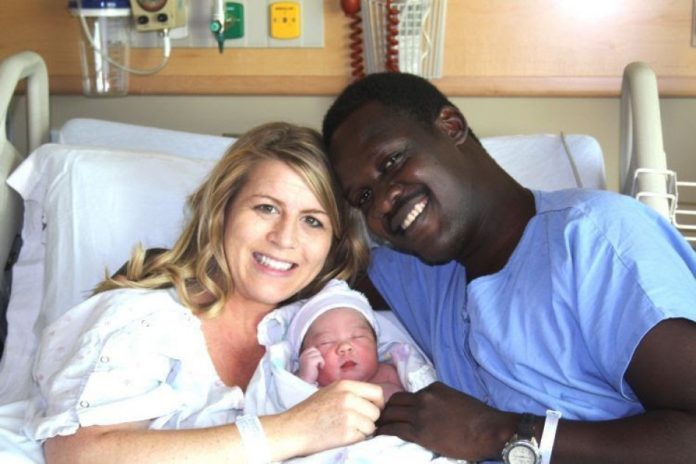 By John Zogby: Initially featured in the Huffington Post 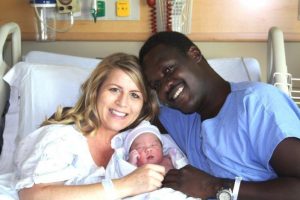 Mr. Rudwan Dawod, 35, is both a Sudanese and U.S. citizen, a husband and father, and a prominent member of the Sudanese Congress Party and Adviser to the Sudan of the Future (SOF) campaign. Rudwan was kidnapped in Sudan on December 6, 2017, after attending an activity showing solidarity with the people of Algarif East, who are struggling to protect their land from illegal confiscation by the government. According to an eyewitness, Rudwan was in Gamar Market in Algarif East District at 6.30 p.m. when he was stopped by a group of armed security agents, forced into a four-door pickup truck and transported to an unknown destination.

The indigenous people in Algarif have lived on these lands, inherited from their fathers and forefathers, for centuries. They depend on these lands for their livelihoods and raising their families. Rudwan met with them and filmed their plight, posting videos to his Facebook page later that day.

Rudwan is a well-known human rights defender who returned recently to Sudan because their suffering weighed heavy on his heart. He felt compelled to continue the struggle for equality and justice for all Sudanese, regardless of tribe, region or religion. Rudwan was arrested in 2012 during the “Sudan Spring” uprising for showing solidarity with those in areas of conflict, like Blue Nile, Kordofan, the Nuba Mountains and Darfur. He was held for over 40 days, during which time he was tortured and falsely accused of a list of charges. He was eventually acquitted, released and returned to his family in Oregon in the U.S. just days before his daughter, Sudan, was born.

Since his recent arrest on December 6, 2017, Rudwan has been illegally detained without charges, and without access to U.S. Officials, a lawyer or any members of his family. His wife and daughter in the U.S. are extremely concerned for his safety and wellbeing.

In a flagrant violation of the Declaration on the Protection of all Persons from Enforced Disappearance, the Sudanese government has proven yet again that the gross violations of human rights, arbitrary arrests, and enforced disappearances continue unabated in Sudan. On the heels of the very recent lifting of a number of U.S. sanctions against Sudan, they have yet to prove they are worthy of normalized relations with the United States and others that respect the laws and rights of individuals.

Under Article 1 of the above-mentioned declaration, the UNHCR states:

1. Any act of enforced disappearance is an offense to human dignity. It is condemned as a denial of the purposes of the Charter of the United Nations and as a grave and flagrant violation of the human rights and fundamental freedoms proclaimed in the Universal Declaration of Human Rights and reaffirmed and developed in international instruments in this field.
2. Any act of enforced disappearance places the persons subjected thereto outside the protection of the law and inflicts severe suffering on them and their families. It constitutes a violation of the rules of international law guaranteeing, inter alia, the right to recognition as a person before the law, the right to liberty and security of the person and the right not to be subjected to torture and other cruel, inhuman or degrading treatment or punishment. It also violates or constitutes a grave threat to the right to life.

The government of Sudan is one of the worst violators of human rights, according to Amnesty International, Human Rights Watch, and every other non-governmental organization that monitors the violations of human rights. Its President, Omar al-Bashir, has been indicted for war crimes by the International Criminal Court in The Hague.

If Khartoum wants to continue down the path to normalization, it should immediately repeal the National Security Act of 2010 that gives Sudan’s National Intelligence and Security Services (NISS) unchecked power to arrest and detain dissidents, with immunity from prosecution and disciplinary action. The NISS must reform its national security laws and practices to align with international human rights standards. They should immediately release Rudwan and other prisoners of conscience and take strong steps to end enforced disappearances, arbitrary arrests, and torture by establishing judicial oversight and holding those responsible for these cruel crimes by means of national, regional and international courts.