Rome Woman Seeks Justice for Racist Vandalization of Her Truck 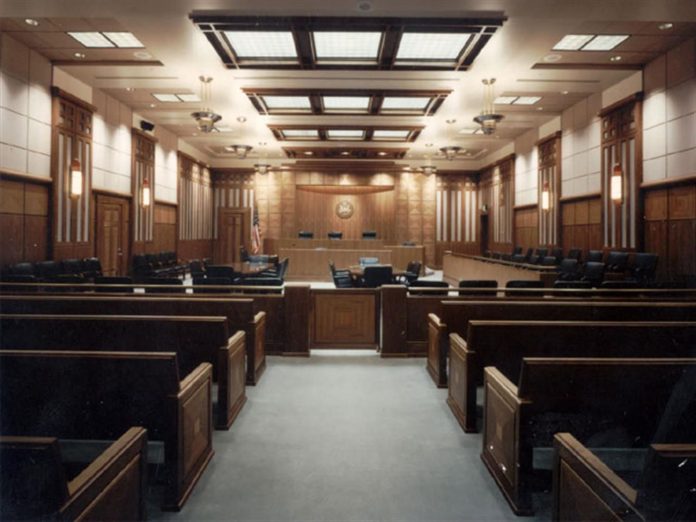 On a freezing morning outside the courthouse on Elizabeth St, a single Black mother walks to her 2nd Grand Jury hearing. She has friends and concerned citizens standing outside the building in solidarity with her. She is the victim in all of this, however she shows no sign of injury nor weakness. She had come to right a wrong. Her name is Joya Stuckman. In September, her U-Haul truck was vandalized with racist graffiti and a slashed tire. This Black woman, who had become weary of what she described as an increasingly racist neighborhood, decided to move and, as a parting gift, someone vandalized her truck to remind her why.

From the September article on the Stuckman case:

“Joya Stuckman is one of two black households that live on 1st street in Rome. Her neighbors were polite enough, but would occasionally let racial slurs slip out. She said though that in the last 4 years, her neighbors’ bigotry has increased. Joya decided to move to a new neighborhood and rented a U-Haul truck and loaded up her things.”

“I packed it all up around 9 o’clock and went to a friend’s house. Upon returning around 1 am, the first thing we noticed was “Go home nigger” written on the side of the truck with swastikas and 1488 [a white supremacist code]. That’s all I saw done to the truck at first. My friends left and I waited for the police to arrive and when they got there, they informed that the tire was slashed and that there was more graffiti written around the truck; white power, go coons, more 1488, and Hitler signs. The police took pictures and took down information but at this point they do not have a suspect.”

“They [The Police] said there may have been someone with a camera facing the truck but they were waiting on the footage to be turned over. He said they went door to door for 4 hours.”

She also mentioned that the truck had “SS” resembling Lightning Bolts sprayed on the side. That is the symbol for the Nazi “SchutzStaffel”, Hitler’s bodyguards, and is commonly seen with White supremacists in America.

“1488” is in reference to a fourteen-word White Nationalist creed, “We must secure the existence of our people and a future for white children” and “88” represents “HH” for “Heil Hitler” (H being the 8th letter of the alphabet).

On September 23rd, after a rather short investigation, Donald Decarolis was arrested for vandalizing Joya’s truck. Decarolis lives on 1st St as well. Allegedly, a Latina resident of the same street had had her lawn vandalized with the “1488” symbol and other racist terms. This established a pattern that the Police traced to Decarolis who was subsequently charged with:

On Thursday, the grand jury indicted Decarolis on two of the charges. One being a Felony Hate Crime, and the other is still unknown to Joya.
Decarolis claims that he was out of town the night of the incident, though clearly, this did not convince the police who arrested him nor the grand jury that indicted him.

Joya recently spoke to the Phoenix again about the case.

Handzel: Did you know Donald Decarolis?

Stuckman: Not until I moved to 1st St.

Handzel: You’d lived on that street for three years. Did you have any contact with him?

Stuckman: We did cross paths socially around the neighborhood. His youngest child and my sons were friends.

Handzel: What was your reaction when the police said he was the suspect?

Stuckman: I was actually a little shocked. I kind of suspected him immediately but I didn’t want to believe he’d do something like that.

Handzel: You have previously stated that you started to see racism slip out of your neighbors in the year leading up to the incident. Was that the case with him? Did he give signs that he had racist problems with you?

Stuckman: He would mention racists comments in a joking manner and would often make sure to mention that he owns guns.

Handzel: In regards to the trial, are you pleased or disappointed with how it’s going?

Stuckman: This is all very new to me so I don’t know what to expect. I have all the hope in the world that justice will prevail but I am leaving myself open to at least learning the procedures and gaining from the experience.

As stated before, a Latino woman on the same street allegedly suffered a similar vandalization. Though the Police have implied that the vandalization in both cases was done by the same perpetrator, Joya wasn’t leaving 1st St on account of just one person. She had become uncomfortable due to the attitude of the entire street.

The general public seems to think that this area (upstate NY) is free of aggressive racism due to our time and our location. It’s not the 1960’s anymore and this isn’t the South. But Joya’s story brought forth many minority residents who have all said they’ve experienced aggressive racism throughout their lives, especially in Rome. So, it may be that this case is actually indicative of a larger problem in the area.

Joya Stuckman’s case may seem trivial given that no one was hurt, but it’s similarity to the common bigotry of the 60’s raises a very important question: If individual people of color cannot live in White neighborhoods without being considered “outsiders” and suffering for it, has society really progressed since the Civil Rights movement of the 60’s? And if society hasn’t, given all of the effort, will it ever achieve substantial racial harmony?