A trucker explains the truck-driver shortage: We’re ‘tired of carrying 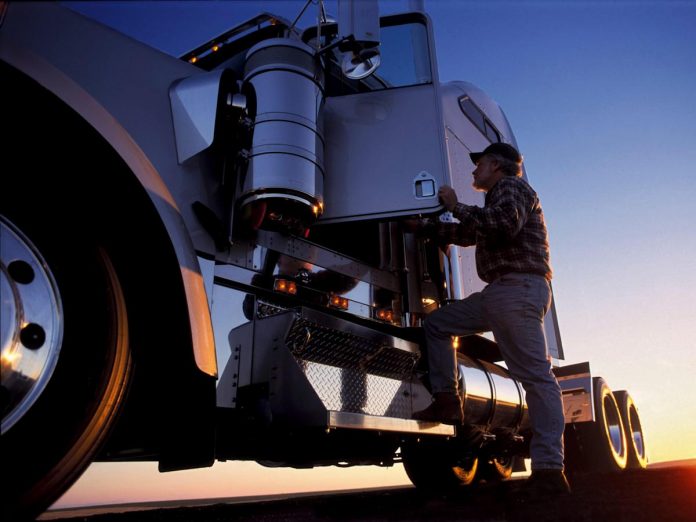 One high school is offering a truck-driving elective for students amid a widespread trucker shortage and an aging workforce. Mint Images/Getty Images

A trucker broke down the key issues that are causing the truck-driver shortage. She said it’s not a worker shortage, but a matter of unsustainable wages.

Shauntai Robinson, an owner operator out of the ports in South Carolina, said in a post on Medium that after 16 years in the industry, she was beginning to question the viability of a career as a truck driver.

“There are thousands of valid class A CDL holders, across the United States, who have elected to not drive a truck anymore,” Robinson wrote. “These people have not relinquished their credentials. Instead, these valuable people have been forced to seek alternative forms of employment in order to be able to provide for their families.”

For Robinson, truck driving began as an opportunity to quickly learn a set skill that could support her family, but it’s gradually become a liability. As a local port driver, she was able to deliver loads on a set schedule and return home every night to be with her child. But as a company driver and single parent, it wasn’t always enough to pay the bills.

“If I needed to take a day off because one of my children were ill, or had an appointment, it would take me two to three months to financially recover. I found myself in this predicament several times,” Robinson wrote. “At the time, by making $16 per hour, I had maxed out my earning potential as a company driver.”

These contracts often leave drivers with low profit margins. Drivers who lease their vehicles from the carriers can see much of their earnings recouped by the company, as drivers are typically responsible for 90% of expenses, including fuel and maintenance. Similarly, truckers who lease from a dealership are contracted to carriers for a set percentage of each load, typically 74%, Robinson wrote. But these drivers often never get to see the overall freight bill, she said.

Some owner operators, such as Robinson, can be lucky enough to establish their own companies, and they can choose which loads to haul. But even that isn’t always enough. Robinson formed her own company, Mid-Carolina Transportation, in 2018, but she said if the trucking industry continued on its current trajectory, she might be forced to consider other careers.

Insider previously reported that the supply-chain crisis has created a major headache for truck drivers such as Robinson who work at the ports. Four truck drivers who worked at the nation’s largest ports told Insider they’ve waited for up to eight hours without pay in order to pick up loads.

“There’s no glitz and glam, and hardly enough money to maintain a business and a household,” Robinson wrote. “If the trucking industry continues its present trajectory, it will be unable to sustain itself. It will implode under all the weight that the people on the bottom of the totem are bearing. It honestly seems as though that process has already begun. Like many before me, and even more on this journey with me, we must now decide whether to stay aboard, or to abandon ship as it quickly takes on water.”

Do you work in the trucking industry? Reach out to the reporter at gkay@insider.com

Facebook
Twitter
Previous articleMan who traveled to space last month among 2 dead
Next articleEarth Has a Second Moon—For Another 300 Years, At Least