A Packers trainer searched Lambeau Field until 2 a 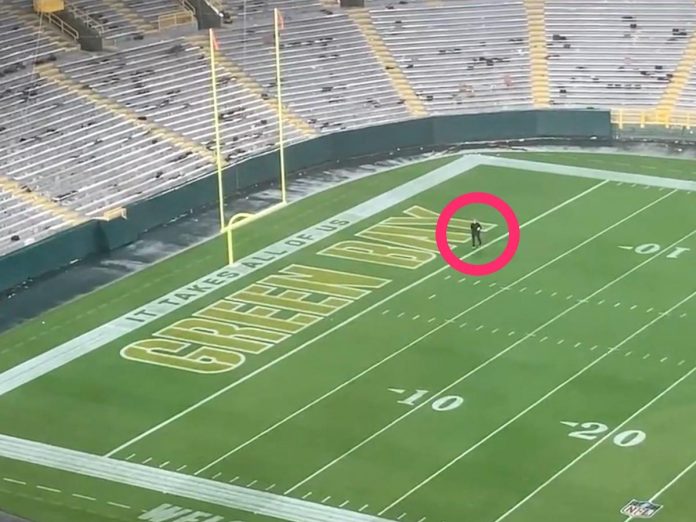 Green Bay Packers running back Aaron Jones had a huge game on Monday night, scoring four touchdowns against the Detroit Lions to help lead his team to a 35-17 victory.

During one of his touchdowns, Jones lost a necklace that contained a portion of his father’s ashes. Jones’ father died earlier this year at the age of 56 from complications with COVID-19.

Despite losing the pendant, Jones had a positive attitude after the game.

“He’d be happy. He’d be like, ‘If you lose it anywhere, lose it in the end zone,'” Jones said in a postgame interview.

Matt Schneidman, who covers the Packers for The Athletic, posted a video of Packers trainer Bryan Engel scouring the Packers’ end zone late into the night, searching for the lost pendant.

He found it, with Jones sending him his heartfelt thanks on Twitter.

“[He] found it, so we’re perfect,” Jones said on Tuesday morning, speaking with “The Steve Czaban Show” on 97.3 The Game in Milwaukee. “Thank you to him. He was out there until 1:45 [a.m. CT]. It shows how much they care about us,” ESPN reported.

As former NFL safety Ryan Clark explained at the end of ESPN’s report on Jones’ lost necklace, NFL teams are made up of much more than the 53 players on the roster.

“For him to be out there, that late at night when no one else is truly watching, to do that for one of his players is amazing,” Clark said. “That’s a testament to who he is as a man and to who Aaron Jones is to him as a player.”