US employers step up anti-unionization efforts as pandemic spurs activism 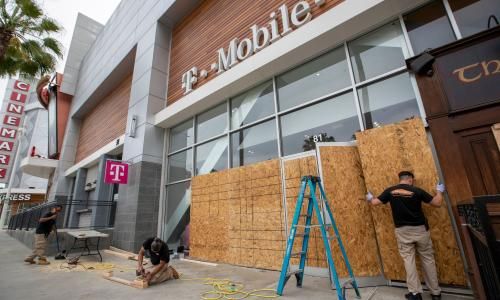 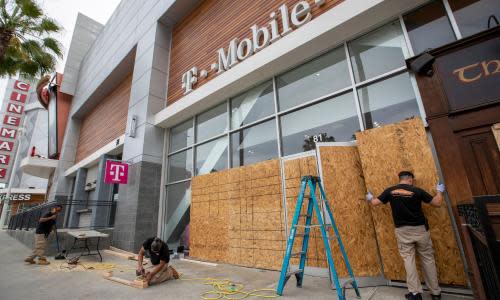 During the coronavirus pandemic, employers have opposed unionization elections even as workers’ activism over safety protections, job security and wages has increased in the face of an economic shutdown and health fears.

But the pandemic has created difficult conditions for workers to organize elections in – something many employers appear to have taken advantage of, despite the wave of labor activism sweeping the US.

The NLRB initially froze all union elections, while permitting mail-in ballot elections if employers and workers agreed to proceed. The board lifted the freeze on 6 April, after 116 union elections were delayed, and several other groups of workers had petition hearings postponed.

For many workers, the need to have a union has never been greater.

Monica Luna, an associate at a T-Mobile retail store in Del Rio, Texas for nearly three years, filed for a union election with the NLRB in April 2020 in response to working conditions during the pandemic and the lack of job security as T-Mobile is shuttering stores around the US.

“A week and a half after, our district manager started making appearances and we started having union avoidance meetings,” said Luna.

Her retail store remained opened entirely throughout the pandemic, yet her pay of $13 an hour remained the same. “I think it’s funny [that] all of a sudden we’re trying to form a union, and the district manager showed up and stayed for the week, was buying us food, giving his opinion regarding the union, trying to give us facts, saying if we didn’t pay dues we could get fired.”

A T-Mobile spokesperson said in an email: “We as a company have the right to educate our employees about the facts around union representation so they can make informed decisions.”

The Communications Workers of America lost the election. Organizer Tim Dubnau put the defeat down to the anti-union meetings and frequent intervention from the district manager, while organizers were unable to meet with workers due to concerns of spreading the virus.

Activists and labor unions and several elected officials in Congress have been pushing for the NLRB to develop procedures to hold union elections electronically, citing employer opposition to mail-in ballot elections and the urgency of safety protections for workers who risk exposure to coronavirus.

As union elections resumed during the pandemic, several employers have continued to oppose unionization efforts through captive audience meetings and pushes to postpone or delay elections.

Mission hospital in Asheville, North Carolina, has been fighting with nurses working to join National Nurses United, with the hospital pushing for an in-person voting election and to expand the bargaining unit from 1,600 nurses to all nurses, nurse practitioners and nurse anesthetists in the county.

The hospital has also argued to postpone the election until after the pandemic, while hiring union avoidance consultants, the Crossroads Group, to hold anti-union meetings with workers and managers through the pandemic.

“We’re still waiting for the NLRB to announce who will be able to vote and when and how the vote will take place,” said Sarah Kuhl, a registered nurse at Mission Health’s oncology department.

Kuhl noted the hospital is still pushing for an in-person election vote, while anti-union meetings continue, and management distributes anti-union flyers. “Our cases of Covid-19 here in Asheville are increasing and staff members have been impacted, so an in-person vote would be irresponsible to patients and staff.”

A Mission hospital spokesperson told the Guardian: “We respect every colleague’s right to decide for themselves whether they desire union representation or not. However, we do not believe unions benefit our facilities, our colleagues, and most importantly our patients.”

Rose Turner, organizing director at UFCW local 1529, filed a petition for a union election in Byhalia, Mississippi, as soon as the board lifted the election freeze on 6 April to represent workers at Hearthside Food Solutions, the largest private bakery in the US which packages cereal for Kellogg’s.

Immediately following the petition filing, Hearthside hired a union avoidance firm to hold regular meetings with workers to deter them from voting for the union. The vote was scheduled to be held via mail-in ballot due to the pandemic, but Hearthside Food Solutions pushed to hold a manual election and the NLRB agreed.

“I’ve been with the union for over 30 years. That was the hardest election I ever experienced,” said Turner, citing the difficulty for the union to hold meetings and speak to workers ahead of the vote. “In the end, we prevailed.”

Epic Academy College Prep and Hearthside Food Solutions did not respond to multiple requests for comment.