‘The Book of Boba Fett’ Season Finale: Is [SPOILER] Still 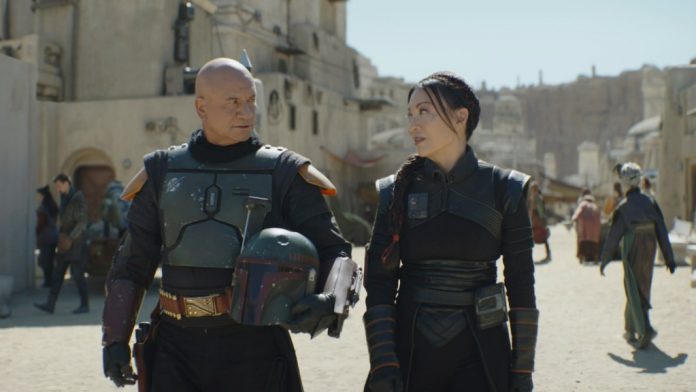 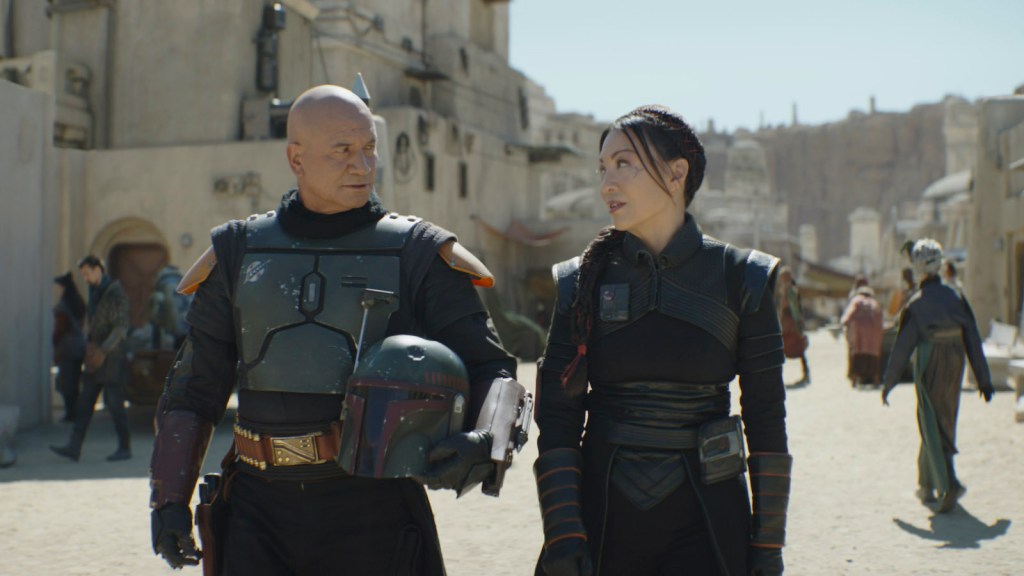 SPOILER WARNING: This story discusses major plot developments in Season 1, Episode 7 of Lucasfilm’s “The Book of Boba Fett,” currently streaming on Disney Plus.

Prior to the debut of “The Book of Boba Fett,” the titular bounty hunter with the Mandalorian armor was at once one of the most beloved and least explored characters in the “Star Wars” universe. We knew that he was the cloned son of Jango Fett (Temuera Morrison) and the genetic blueprint for the vast army of cloned stormtroopers; that he grew up on the ocean planet of Kamino; and that he was left for dead in a sarlacc pit on Tatooine. We knew that, somehow, he escaped the sarlacc, saved the life of master assassin Fennec Shand (Ming-Na Wen) and briefly joined forces with a true Mandalorian bounty hunter named Din Djarin (Pedro Pascal). And we knew that he took over the palace of the late Tatooine crime lord Jabba the Hutt.

So now that the full first season of his namesake TV series has debuted, what have we learned about Boba Fett? Well, we saw (all too briefly) how he escaped the sarlacc pit and survived on Tatooine without his armor. We learned how he rescued Fennec Shand and retrieved his ship, Slave One. And we witnessed him ride (if barely control) a rancor en route to quelling the threat from the Pyke syndicate and seizing full control over Tatooine.

And yet, despite over five-and-a-half hours of storytelling spread over seven episodes, “The Book of Boba Fett” did surprisingly little to crack open Boba Fett as a character, leaving him — perhaps fittingly — just as inscrutable as he was before the show began. By the end, even Fett didn’t seem to understand why a man who’d spent his life roaming the galaxy as a free agent would inexplicably decide to hunker down on a barren desert planet to become a glorified administrator with a gun.

“We are not suited for this,” Fett tells Shand of their new roles as planetary overseers.

“If not us, then who?” she replies, without much conviction. (More on that in a bit.)

What executive producer and series writer Jon Favreau did make abundantly clear with “The Book of Boba Fett” is that this show was just one thread in a far bigger narrative tapestry that places Din Djarin and his wee companion Grogu — not Fett — at its center. But whether or not we get more seasons of “Boba Fett,” it is safe to presume we’ll see more of Fett, Shand, and several other characters from this entertaining if bewildering show.

Here are our five biggest burning questions for what we could expect in the future.

Now that Boba Fett has secured his rule over Tatooine, maybe it would be fun for him to hop in Slave One and go on an adventure somewhere — anywhere — else. Maybe he could revisit his childhood on Kamino, or inspect the carbonite freezing process on Cloud City, or pay a visit to the evocative (and as yet unnamed) ring world Mando visited in Episode 5. It doesn’t really matter where Fett goes, so long as it’s not spent twiddling around the drab desert environment of Tatooine for another five-and-a-half hours.

This is especially important considering that the next “Star Wars” series for Disney Plus, “Obi-Wan Kenobi,” will depict the titular Jedi’s life in exile watching over a young Luke Skywalker on, you guessed it, Tatooine. For a franchise with limitless storytelling potential, we sure are spending an awful long time on the first planet it ever introduced.

What is Fennec Shand’s whole deal?

Throughout “The Book of Boba Fett” Shand seemed to know far more about what it takes to become a crime lord than Fett did, but if she had any feelings about how frequently Fett ignored or contradicted her counsel, the show didn’t bother to explore it. For that matter, Shand barely minded that Fett saved her life by transforming her into a cyborg; after reacting to her stomach churning with droid parts for approximately five seconds, it never came up again.

Of course, mechanical augmentation has been a “Star Wars” mainstay ever since Luke had his hand replaced, but that missing limb carried profound resonance for a character whose father was more machine than man. For Shand, it’s just a means to an end, a way to resolve the storytelling problem of her mortal wound.

Instead, Shand’s role in “Boba Fett” was as an exposition engine, a hired gun who moved the story forward but did not evince any perspective or feelings about that story or her role in it. At least Boba Fett has a past. Shand has nothing.

I mean, of course he is, right? This isn’t that complicated. Cad Bane (voiced by Corey Burton and performed by Dorian Kingi) was, by many parsecs, the most compelling villain on “Boba Fett” this season. After years as a standout animated character on “Star Wars: The Clone Wars,” it makes little sense to kill him off after so little screen time as a live-action character. If Boba Fett can climb out of a sarlacc pit, then Cad Bade can crawl inside a bacta tank and mend that wound. (As a side note: Why didn’t Fett just yank out one of Bane’s breathing tubes? They’re right there!)

Cobb Vanth will live to fight another day — but at what cost?

In a brief post-credits scene, we see Cobb Vanth (Timothy Olyphant) recovering in Fett’s bacta tank while the mod artist who repaired Shand’s body prepares his equipment. Again: Of course Cobb Vanth, a fan favorite since his appearance in Season 2 of “The Mandalorian,” didn’t die from a single blaster shot to his shoulder.

The question is how much of Cobb’s body will be replaced, and whether, unlike Shand, he’ll have some feelings about it once he wakes up.

Will Luke Skywalker and Boba Fett ever cross paths?

At the end of Season 2 of “The Mandalorian,” Mando and Grogu parted ways, and it looked like the show would explore what it would mean for Mando to live without his companion.

Instead, “The Book of Boba Fett” burned through two episodes to reunite the pair and send them off on a modified Naboo fighter just in time for Season 3 of “The Mandalorian.” It sure was adorable to see Grogu leap with such passion into Mando’s arms, but it also comes off as a risky narrative regression that squandered the rich storytelling possibilities had these two been kept apart longer. Grogu’s confidence in his control of the Force has certainly grown, disabling a giant destroyer droid and quieting the rampaging rancor without much trouble. But “Star Wars” fans know how dangerous it can be for someone so strong with the Force to grow up without learning how to master it.

Which indicates yet another encounter between Mando, Grogu and Luke Skywalker is likely on the horizon. What is less clear: Will Luke ever reunite with Boba Fett? These characters have some contentious history that fans would dearly relish seeing them hash out, so it’s surprising that Favreau has gone to unusual lengths to keep them apart: In the Season 2 finale of “The Mandalorian,” Fett conveniently flew away from the action before Luke arrived, and in the Season 1 finale of “The Book of Boba Fett,” Luke conveniently sent Grogu back to Tatooine alone in his X-wing fighter, piloted by R2-D2.

Perhaps this highly anticipated reunion will be the next chapter in “The Book of Boba Fett.”

Facebook
Twitter
Previous articleMicrosoft says it will keep Call of Duty on PlayStation ‘beyond the existing agreement’
Next articleMusic: ‘B Sharp Musical Club’s’ 2022 Season Opener