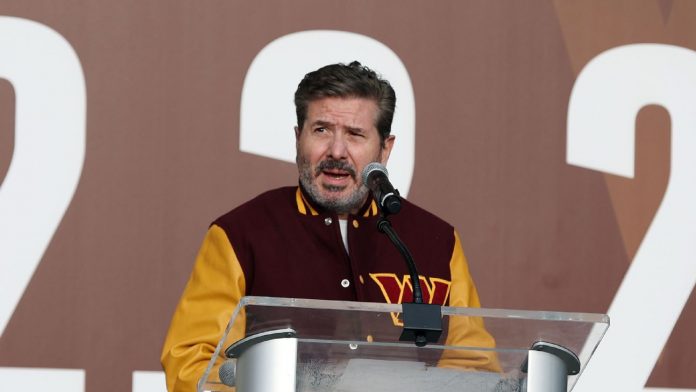 During a congressional roundtable Thursday, Johnston accused Snyder of touching her without her consent at a work dinner about 13 years ago. Snyder issued a statement denying her allegations.

The franchise says it is committed to a thorough and independent investigation of Johnston’s allegation and pledges full cooperation. The team led by Jonas and Moller of Pallas Global Group LLC will release its findings to the public at the conclusion of the investigation.

Pallas Global Group also has retained Debra Wong Yang to help lead the investigation. Yang is a partner at Gibson, Dunn & Crutcher, LLP in Los Angeles and previously served as the firm’s Chair of the White Collar Defense and Investigations Practice Group.

Johnston, a former marketing and events coordinator for the team, told the House Committee for Oversight and Reform that she was “strategically” placed next to Snyder at a work dinner “not to discuss business, but to allow him, Dan Snyder, to place his hand on my thigh under the table.”

Johnston also said Snyder “aggressively pushed me toward his limo with his hand on my lower back, encouraging me to ride with him to my car” later that night, after the dinner. She said the “only reason Dan Snyder removed his hand from my back and stopped pushing me toward his limo was because his attorney intervened and said ‘Dan, Dan, this is a bad idea. A very bad idea, Dan.'”

Johnston said the incident occurred either in 2005 or 2006 at the Oceanaire restaurant in downtown Washington. A letter from Jason Friedman, another former employee, was presented at the roundtable, stating he had witnessed Snyder trying to steer Johnston into the limo.

Johnston was one of five women who presented stories of alleged sexual harassment and discrimination to the congressional committee, which has been investigating the team since last fall.

NFL commissioner Roger Goodell has previously contended that the league cannot release the internal investigation because Wilkinson presented her findings orally. The NFL and the Commanders both denied the committee’s assertions, saying they have been forthcoming with documents related to the investigation that did not run against attorney-client privilege.