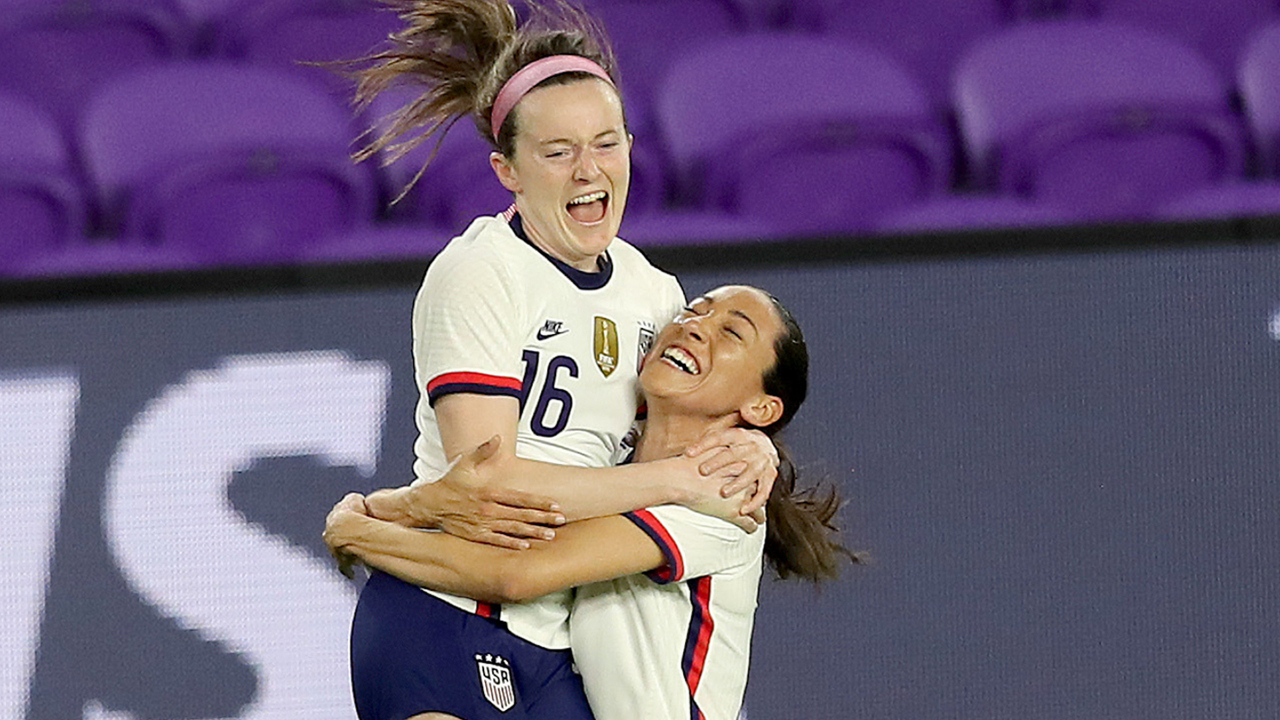 The U.S. Women’s National Team defeated Canada 1-0 on Thursday in its SheBelieves Cup opener, barely pushing past an opponent up for the challenge of facing the world’s best side.

Both countries squandered a host of chances before substitute Rose Lavelle found the winner in the 79th minute with a low finish after a scramble in the box.

The match Thursday night in Orlando, Fla., was more complicated than expected for the USWNT, but despite the missed chances and some defensive breakdowns, the team recovered to win its 31st match in its last 32.

There’s no other way to say it: Lavelle isn’t living up to expectations at Manchester City.

Injuries have hampered her time at the WSL club but even when healthy, the 25-year-old hasn’t been nearly as much of a factor as one would expect from one of the world’s best playmakers.

MORE: How to watch U.S. in SheBelieves Cup

Part of that may be due to head coach Gareth Taylor not playing Lavelle at her preferred No.10 position, but whatever the reason, Lavelle has never missed a beat when she’s been back with the USWNT.

She scored a fantastic curler against the Netherlands last November and was influential again on Thursday with her decisive goal off the bench.

Lavelle, as she has so many times for the USWNT, fit the bill again on Thursday night. Whatever happens the rest of her time at City, she’ll continue to be welcomed with open arms by her national team.

The USWNT is renowned for its depth, but rarely has one moment encapsulated that strength like the triple sub Andonovski made in the 64th minute.

Entering the game all at once were Alex Morgan, Christen Press and Lavelle. After Canada had done so well to keep the U.S. off the scoresheet to that point, it must have been slightly demoralizing to see that trio all take the field.

“I would love to know what the Canadian defense was thinking when they see those three players come in,” U.S. captain Becky Sauerbrunn said with a smile.

All three had an instant impact – none more so than Lavelle, of course.

“It’s kind of amazing,” Sauerbrunn added. “You just look over and here are three players that are coming in that bring something special to the table. You talk about sometimes not having depth in your team but this team has depth on depth on depth.

“If you can afford to bring players like that on the bench then you’re doing something good.”

Canada up for the challenge

Canada has not defeated the U.S. in 20 years and very few would have expected a breakthrough on Thursday night. With several key players missing, the team having not played for almost a year and Bev Priestman coaching her first game for the Canadians, a lopsided defeat to their rivals wouldn’t have been shocking.

Instead, Canada turned in an inspired performance, playing with great confidence on the ball and frustrating the Americans in defense. Were it not for some poor finishing on two occasions from Janine Beckie, Canada may have even taken a lead. The USWNT was also fortunate to not concede a penalty in the second half when Purce clearly blocked a cross in the box with her arm.

In the end, Canada cruelly didn’t get anything out of the match, but it appears to be heading in the right direction very early in Priestman’s tenure.