No, Steph Marbury, Muhammad Ali was for vaccinations 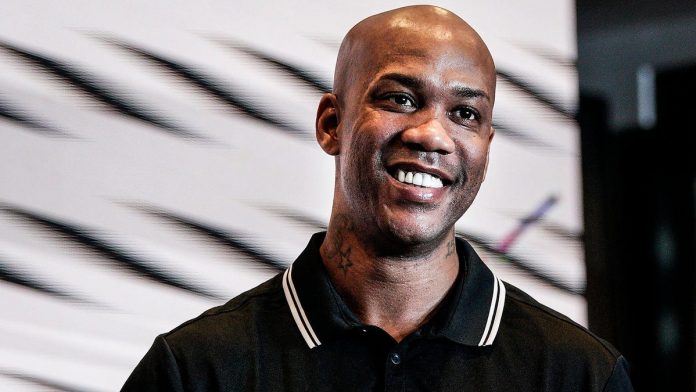 Should probably know who Muhammad Ali was before you start speculating on what would and wouldn’t make him proud.Image: Getty Images

Stephon Marbury has stepped up to the plate as the next clueless athlete to back Kyrie Irving.

This week, the Brooklyn Nets announced that Irving would not be allowed to play any games until he’s vaccinated. Everyone obviously has an opinion on this, and Marbury is no exception.

Apparently, Marbury, a Brooklyn native who played for the then-New Jersey Nets for three seasons, did not fact-check his proclamation in support of Irving. Had Marbury invested just two minutes (if not less) in a Google search, he could have found how Muhammad Ali felt about vaccinations. It’s all good though Steph, we got you.

It only took about 30 seconds of my day to find this Twitter post. If celebrities, influencers, and athletes like Marbury continue spreading these types of nonfactual propaganda, we’ll never see the end of this pandemic. Too many people are choosing to follow the advice of the internet and NOT doctors and scientists. All Marbury had to do was take a few seconds to check and see if maybe there was any literature or a VIDEO PSA on how Ali felt about vaccinations. I know Marbury has battled mental health issues, but this is irresponsible.

Kyrie made his choice to sit out by not being vaccinated for whatever reason. It’s incredible how so many adults cannot understand how their “personal choice” in this specific case can affect others in an extremely negative way. And the group of people that still thinks this is all some big hoax – come back to reality, please. How many more people need to lose their lives for it to sink in? We’re already at 700,000 in the United States alone in this pandemic.

I’m sure Marbury could have reached out to Minnesota Timberwolves star Karl Anthony Towns to find out how the vaccine affects real people every day. During this pandemic, Towns has lost multiple loved ones to COVID-19. But no, Marbury wouldn’t do that, just like he wouldn’t take a minute or two, to try to and find out Ali’s feelings about this very topic. I guess he was too busy. It must have been the Vaseline.