Your Asian Neighbor The Filipino Immigrant 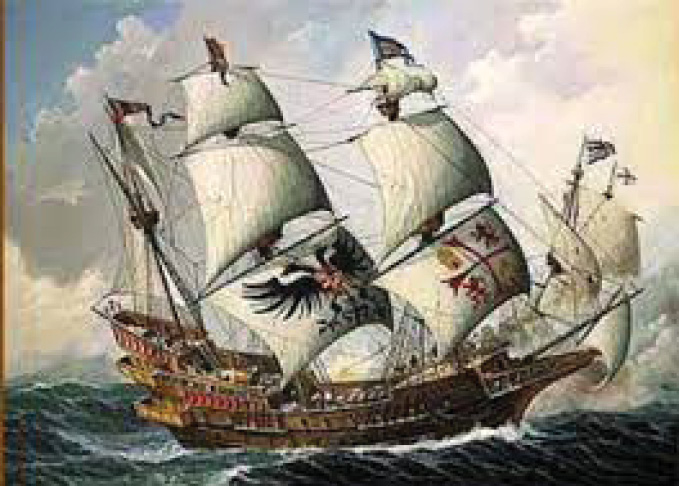 If I am going to talk about Asian immigrants, I might as well start with the ones I know best- Filipinos.

The first Filipinos came to America as sailors, part of the galleon trade between Spain and America. The Philippines was under Spain for 300 years so it was not yet a country at that time, it was known as the Spanish East Indies. Spain traded with Louisiana and California. Filipinos stayed and married and raised families there. Filipinos fought in the Battle of New Orleans, even the American Civil War. When the United States went to war against Spain and won, the Philippines became annexed to the U.S. and Filipinos became U.S. Nationals. They spoke English and had no restrictions to enter the U.S. that their Asian neighbors had. This led to the mass migration of Filipinos to the U.S. Beginning in 1901 they were allowed to enlist in the U.S. Navy. They came as laborers and farmworkers. Then World War II veterans and Filipina war brides came.

The latest mass migration came between 1966 and 1991, when at least 35,000 Filipinas came to fill in the need for trained nurses. By 2005, 55% of foreign-trained RNs who passed the qualifying examinations were from the Philippines. The U.S. also provided Filipino medical doctors who did their residency training here a way to become citizens by working in designated medically underserved areas. Utica was underserved in pediatrics, that is how I ended up here.

They also came by H-1 visas, employer-sponsored visas that allow the worker to stay for as long as 6 years, after which they can apply for a green card, an ID that gives you permanent resident status. After 5 years, and if you meet all requirements, you can apply for citizenship. So before we ook that oath, we had already made up our minds, worked hard, and contributed to the community as good citizens.

If you go to a hospital or nursing home you will probably find a Filipino there either working directly in patient-care or ancillary to it, like medical technologist, laboratory or information technology employees. If you see an Asian with a Spanish-sounding name, they are probably Filipino. And be forewarned- most of us understand Spanish as well. We have been called The Latinos of Asia.

There are already 3rd and 4th generation Filipino-Americans in the Mohawk Valley. Some of them are my patients and some, sadly, do not know the native language anymore. But they know their ancestry and, hopefully, remember some customs and traditions.

Like kissing the hand of an elder to show respect, and calling your parents’ friends Tito and Tita (uncle and aunt) even if you are not related. And they definitely know Filipino food! If you have ever worked with a Filipino you have been a beneficiary of this good food. You will know what adobo, lechon, pancit, and lumpia mean. You may have been introduced to the delights of leche flan and halo-halo! If you have, say “Salamat!”

Filipino-Americans who have added their names to history include Larry Itliong, labor organizer known for the Delano grape strike, demanding wages for farmworkers to equal the federal minimum wage. Steve Austria was the first, first-generation Filipino American to serve in Congress. EGOT (Emmy, Grammy, Oscar, and Tony) award winner Robert Lopez who wrote the stage musicals The Book of Mormon and Avenue Q and animated musicals like Frozen, Frozen II, and Coco, and singer-songwriter Gabriella Sarmiento Wilson, better known as H.E.R., also a Grammy and Oscar awardee.

Filipinos are known for their hospitality and the “bayanihan” (we are all in this together) spirit. If you worked with a Filipino nurse she will help you finish your work once she has done hers so you can all go home at the same time. Filipinos rarely have to stay at hotels because if you have a Filipino friend or relative in the state you are visiting they would be hurt if you did not stay with them. Parties usually ended with karaoke so be ready to sing your favorite song. If you’ve ever been to a Filipino feast you know you never leave a party without a take-home plate! We love our food and we love to share it.  Every island (we have 7,100 of them) has its own version of chicken adobo.

Here is mine: combine 1/4 c soy sauce, 1/2 cup cane or apple cider vinegar, 1 cup coconut milk, 8 cloves of garlic, minced, 10 black peppercorns, 2 small bay leaves, into a large bowl. Add 8 chicken thighs, cover and refrigerate for an hour. Transfer to a non-reactive pan and bring to a boil. Do not stir! Let it simmer for 45-50 minutes, uncovered, so the sauce can thicken. Stir halfway through the cooking time and flip the thighs so they cook evenly. Or even better, let it cool, refrigerate, and reheat on a nonstick pan until skin is crisp. Serve over steamed jasmine rice and a side of veggies or a salad. Enjoy!