Why Steven Spielberg’s ‘West Side Story’ Hit the Wrong Box 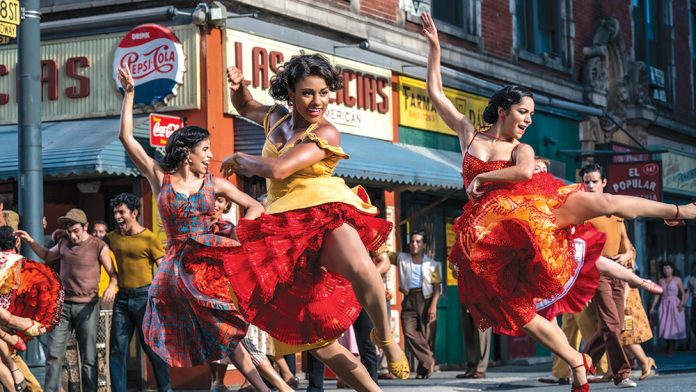 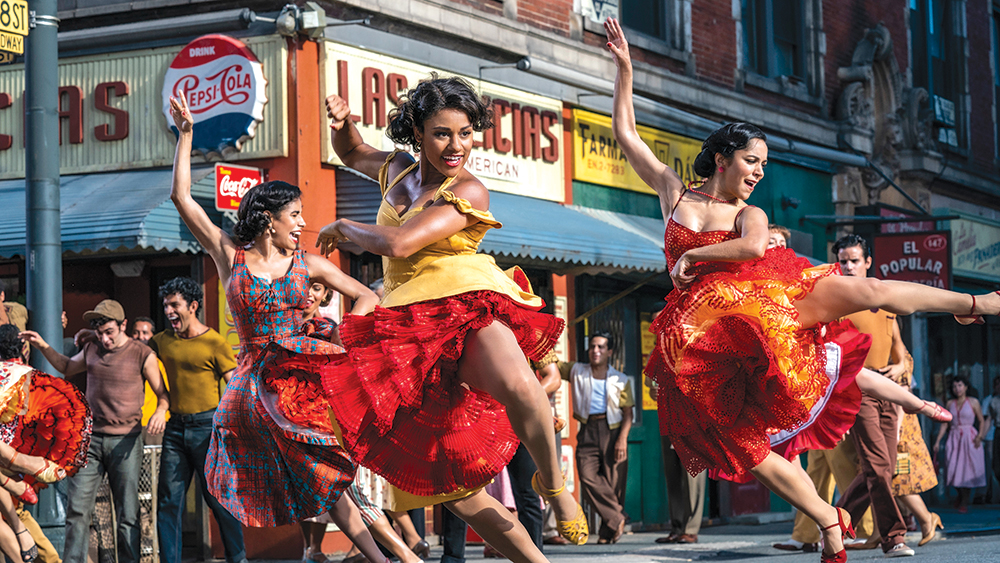 Steven Spielberg managed to get critics on board for his ambitious “West Side Story” remake. The moviegoing masses? Not so much.

Over the weekend, Disney and 20th Century Studio’s reimagining of “West Side Story” collected just $10.5 million in its domestic debut, a dismal result for a movie of its scale and scope. The lavish musical, one of the best reviewed movies of the year, carries a $100 million budget and faces an uphill battle to profitability. Given its price tag, industry insiders estimate “West Side Story” needs to generate at least $300 million globally to break even in its theatrical run. The film is playing exclusively on the big screen and doesn’t have a hybrid streaming component, which could help ticket sales in the long run… but it has an awful lot of ground to make up.

“West Side Story” could sustain momentum through the holidays and emerge in the black, analysts say. But the tepid initial grosses underscore Hollywood’s concerns about the viability of theatrical movies that don’t involve superheroes or CGI action sequences. After all, “West Side Story” is based on one of the biggest musicals in theater history and hails from Hollywood’s most recognizable director. If a well-executed movie that exudes commercial appeal can’t get audiences to go to theaters… can anything?

Since musicals have been struggling at the box office in COVID times, Disney appears to have been bracing for “West Side Story” to start slow. Prior to its release, the studio had negotiated with theater operators to keep “West Side Story” on screens through the new year. It’s a rare deal, one that could only be wielded by the studio that often produces the highest-grossing movies of the year. Normally, multiplex owners would drop a film that isn’t selling tickets to make room for the litany of new releases around Christmastime, often the industry’s busiest time of year. So even though “West Side Story” fell short of expectations, Disney doesn’t have to worry about movie theaters taking the movie off screens to devote more auditoriums to “Spider-Man: No Way Home” (Dec. 17), “The Matrix: Resurrections” (Dec. 22) or “Sing 2” (Dec. 22) during the busy holiday season.

The biggest obstacle facing “West Side Story” is — and will continue to be — convincing older audiences to go to theaters. Along with families, it’s the main demographic that hasn’t returned in full force, particularly at a time when a new COVID variant has emerged, though it’s too soon to say how it will affect moviegoing. Among the select people who bought tickets on opening weekend, 57% were female and 26% (the largest percentage) were over the age of 55. The second-largest percentage of moviegoers (21%) were between 25 and 34. Historically, adult audiences don’t make as much of an effort to see a film on its opening weekend. During the pandemic, people over the age of, say, 40 aren’t making an effort at all. Getting those crowds back to the big screen will be key in the movie theater ecosystem’s revival. Given stellar reviews and positive audience reactions, it’s possible that word-of-mouth will spread and convince potential skeptics about the need for another “West Side Story.” Many Oscar pundits believe it’ll be a formidable awards contender, which could boost its profile and sustain its life in theaters.

“They’re chasing an audience that doesn’t rush out opening weekend,” says says Paul Dergarabedian, a senior media analyst with Comscore. “You have to look at longterm playability. That will really tell the real story of the box office for ‘West Side Story.’”

For that reason, box office analysts aren’t ready to label “West Side Story” as a bomb. Prior to the pandemic, mid-December would be prime time to premiere a song-and-dance spectacle. Other than “Cats,” which failed spectacularly, many popular movie musicals — “Les Miserables” ($442 million globally), “La La Land” ($448 million globally), “The Greatest Showman” ($438 million globally) and “Bohemian Rhapsody” ($913 million globally) to name a few — landed in fall and winter months and had longer-than-usual runs on the big screen.

“If it got universally bad reviews, it would be game over,” Dergarabedian says. “But I wouldn’t write off ‘West Side Story; given the quality and time of year. I think it could do well.”

Case in point: 2017’s “The Greatest Showman” was dismissed as a flop after debuting to $8.8 million. Yet audiences got hooked on the soundtrack — leading “This Is Me” to become a zeitgeist-tapping anthem — and people (mostly younger females) returned to cinemas again and again for sing-along screenings. The film became a sleeper hit as domestic ticket sales chugged along to $171 million and global receipts totaled $436 million.

“In the past, we’ve seen musicals connect with critics and audiences and go on a run,” says David A. Gross, who runs the movie consulting firm Franchise Entertainment Research.

In the case of “The Greatest Showman,” the charismatic duo of Hugh Jackman as circus ringmaster P.T. Barnum and Zac Efron as his lackey helped bolster the film’s profile. (However, star power didn’t stand a chance of salvaging “Cats,” Universal’s A-list adaptation of Andrew Lloyd Webber’s long-running musical, which had Taylor Swift, Idris Elba, Jennifer Hudson and Judi Dench.) A mostly unknown cast became an obstacle for “In the Heights,” which scored excellent reviews and earned only $11.5 million in its debut while playing simultaneously on HBO Max. Similarly, “West Side Story” features mostly newcomers, except for Rita Moreno, who won an Oscar for the 1961 film and returns as a new character named Valentina, and Ansel Elgort, best known for “Baby Driver” and “The Fault in Our Stars.” Moreno was prominent on the promotional trail alongside her magnetic co-stars Rachel Zegler and Ariana DeBose. But Elgort, who plays Tony to Zegler’s Maria, charted a more careful path on his press tour in the wake of a sexual assault allegation levied against him in 2020. The actor denies the claim, but he avoided in-depth interviews or cover stories, where he would mostly likely be asked about the allegation. Spielberg, who is by far the film’s biggest star, also limited his press presence almost exclusively to junket interviews. It’s a curious choice given Spielberg’s track record in churning out commercial winners and prestigious awards players; his voice could have increased awareness for the movie.

It’s possible that Spielberg sat back to let his actors (in a deviation from the 1961 version, Puerto Rican characters are all portrayed by Latinos) speak to the film’s contemporary resonance. The initial 1957 Broadway production and subsequent movie later drew criticism because four white men — Jerome Robbins, Leonard Bernstein, Stephen Sondheim and Arther Laurents — conceived the show about warring street gangs of different ethnic backgrounds. In order to give the Puerto Rican Sharks, who are taunted by the white Jets, a more nuanced portrayal on-screen, screenwriter Tony Kushner enlisted Moreno as an executive producer as one of the painstaking steps to update the script and smooth out any cultural sensitives that plagued earlier versions of “West Side Story.” In Variety’s review, chief film critic Owen Gleiberman says he felt Spielberg and Kushner had succeeded in making necessary changes while staying true to the charm of the original ill-fated love story.

“The whole film feels as contemporary as it needs to, since topicality is baked into its tribal dance of racial animosity,” Gleiberman wrote.

However, some box office pundits believe that today’s audiences do not share the same affinity toward the Romeo and Juliet-esque tale. “This is a story about an interracial romance. Once upon a time, that was rare and remarkable. Not any more,” Gross says. “For moviegoers, context may have caught up with this film, however well-made it is.”

Another significant issue with big screen adaptations of musicals is they are not cheap to stage. That makes it difficult for them to turn an easy profit. It’s a challenge that Hollywood will continue to grapple with in the coming years; “The Little Mermaid” (Disney), “Wicked” starring Ariana Grande and Cynthia Erivo (Universal) and “The Color Purple (Warner Bros.) are among the live-action movie musicals in the works. And then there’s Richard Linklater’s grandiose “Merrily We Roll Along” adaptation, which features Beanie Feldstein and Ben Platt and will be filmed over the course of 20 years.

In the next two decades, maybe musicals will be back in vogue and COVID will have danced its way out of our lives. If not, there won’t be a whole lot to sing about.