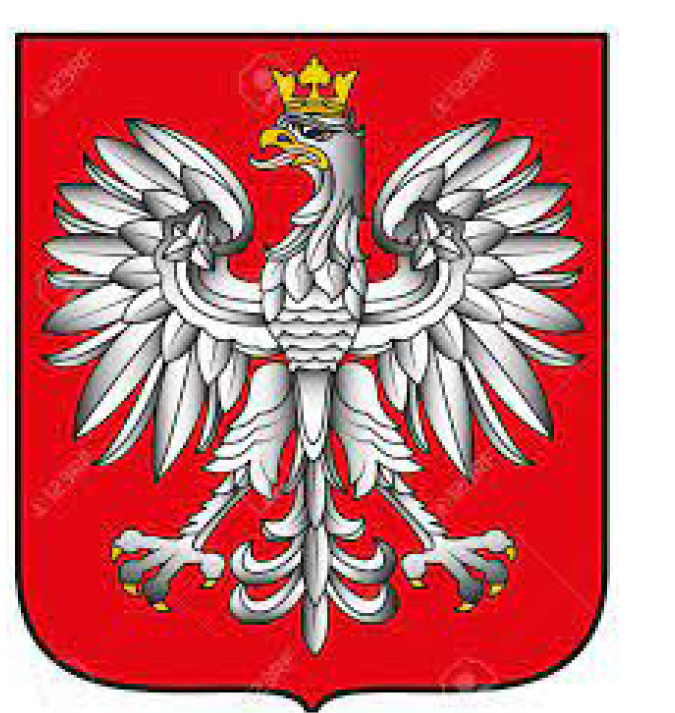 Many brave men have come to the aid of America’s independence.  Many had to leave their homelands in search of new freedoms.  One of these men became a great American Revolutionary War hero—Casmir Pulaski.  He was born March 4, 1747, in Poland of noble blood. He received an excellent education and complete military training as an infantry and cavalry soldier.  While Pulaski was in Poland, he fought for Polish independence unsuccessfully and was banned from Poland and his estates confiscated.  The Russians wanted to hang him.  In 1772 he fled to Turkey and later arrived in Paris where he met Benjamin Franklin.  Franklin wrote Washington trying to obtain a commission in the American army for Pulaski.  Pulaski realized that America was a new land where he could justify with his sword the rights of man, for which he had fought hopelessly in Poland. 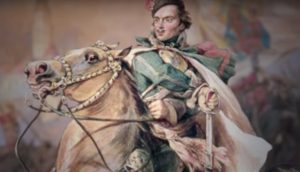 Pulaski arrived in Boston in July 1777.  The following month he met General Washington.  Washington knew that Pulaski was an experienced cavalry officer.  Washington realized the importance of an organized cavalry for the support of the infantry and victory in battles.  Washington recommended to Congress, Pulaski’s appointment as commander of all the cavalry.  While Pulaski was in Poland, he commanded over 40,000  troops, was a national hero, and celebrated all over Europe.  His name was a terror to the Russians, and they seldom ventured to attack him, except with overwhelming numbers, and in order to secure a battle.

He often assumed the name of another commander.  Eventually, Pulaski’s forces were crushed by the powers of Austria, Prussia, and Russia.  Then Poland was partitioned in 1772.  Pulaski was banned from Poland and a price was put on his head. While waiting for his appointment, Pulaski was invited by Washington to serve on his staff as a volunteer officer.  During this time the Battle of Brandywine was taking place, and Pulaski here saw his first service and exposed himself to great danger by riding close to British lines and making a preliminary survey for military operations.

As a result of Pulaski’s conduct at the Battle of Brandywine, Congress awarded him a commission as Brigadier General in command of the Cavalry of the American Forces on September 15, 1777.  Pulaski had no problem recruiting men to join his now-famous “Pulaski Legion” Cavalry with three companies of horses, armed with lances and three companies of infantry with many being black soldiers who distinguished themselves with much valor and bravery, a total of 330 men.

He is called “The Father of the American Cavalry”.  Pulaski trained and disciplined his legion into a highly organized unit of fighting men.  Men were eager to serve under this distinguished Polish commander and left the regular Maryland line to join Pulaski.  General Smallwood protested and Washington ordered Pulaski to send back these men.  Robert Pula wrote in his article about Pulaski, “The new soldiers were impressed with the handsome 30-year-old general, who contributed to their morale by galloping at full speed on his horse, firing his pistol into the air, throwing the pistol ahead of the horse, swinging out of the saddle with one foot in the stirrup and picking up the pistol before it touched the ground.”

Pulaski also Paid Out of His Own Funds

He paid out of his own funds at least $50,000 without any expectation of repayment.  He used this money for equipment and sustenance of his “Pulaski Legion”.  That is one reason he was called “The Father of the American Cavalry.”

Pulaski Legion Distinguished Itself in Many Battles

During the encounter with the enemy on Lancaster Road near Philadelphia and in the Battle of Germantown, Pulaski distinguished himself and gained the confidence of General Washington.  Then Pulaski and his cavalry were sent to Trenton to find a supply of food.  In February 1778, Pulaski joined General Wayne in an attempt to gather food and to keep the enemy from gathering food for their army.  The enemy was threatening the country around  Philadelphia.  Their combined forces defeated the British at Haddonfield, near Camden, New Jersey.  Then Pulaski again joined the main army at Valley Forge.

On February 2, 1779, Pulaski was ordered to join General Lincoln, who was in command of the Southern Army stationed in Georgia and South Carolina.  The British had captured Savannah and now threatened Charleston, South Carolina, and Augusta Georgia.  Pulaski was on his way southward with the hope of capturing Charleston, May 11, 1779.  He demanded that the city of Charleston surrender to his cavalry.  He pushed the enemy back with great disorder, displaying bravery and thereby saving Charleston.  Pulaski headed next for Savannah, Georgia.  While pushing towards Savannah, during the four days it took him to get there, he was engaged in taking a survey of military operations and attacking their outposts. Here the American and French armies met.  The French and American cavalry were both under Pulaski’s command.  Pulaski was wounded here and died a hero’s death on October 11, 1779.  He died with a sword in hand in the battle of Savannah, defending the freedom of America, thus becoming one of America’s great Revolutionary War heroes.

A Great Loss For the Americans

His death was a great loss for the Americans.  Washington, himself, was deeply saddened.  Congress recognized the greatness of the man and what he did for American independence.  Pulaski was the most romantic and professionally, the most extraordinary officer in the American War of Independence.  America should never forget great men like Pulaski, who sometimes are only slightly mentioned.  One has to read the life of Pulaski to realize where his place in American history is.  It should be among the greatest of all Americans.  Great men like this have made America the cradle of democracy for all Americans.  Pulaski also helped to continue America’s destiny for all times.  He died before the British

were driven away.  In October 1779, he led the cavalry assault to save the important southern port of Savannah, Georgia, was wounded, and taken aboard the American ship USS Wasp.  He died at sea two days later. He wrote a letter to General George Washington with the declaration:” I came here, where freedom is being defended, to serve it and to live or die for it.”  In 1858 in Savannah, a monument was erected to his although the cornerstone had been laid by Lafayette as early as 1825. In 1910, a statue was erected to his memory in Washington. Currently, there is hardly a state in the union that does not have a county or town, street or square, monument, school, or highway named in grateful memory of General Casmir Pulaski.  Fort Pulaski in Georgia has 5,364 acres of land in his honor.  A monument to General Pulaski stands at the Parkway in Utica, New York in his memory. This stature on the Utica Memorial Parkway was designed by Joseph Pollio of New York City and was unveiled October 11, 1930–Pulaski Day.  General Pulaski, the hero of two continents, who came to America to defend her struggle for freedom, ended his brilliant career at the young age of thirty-two.  Young Casmir Pulaski plunged into the futile struggle as a commander of the cavalry by the time he was twenty-one.  He was a national hero having won several battles against Russian troops.  He was exiled from Poland for being a leader of the unsuccessful insurrection against Russia. Pulaski fled to Paris where he met Benjamin Franklin.  Franklin liked this enthusiastic, courageous young officer and recruited him to the American cause with which Pulaski was already sympathetic.  In 1929 Congress declared October 11 to be Pulaski Day in the United States, a largely forgotten holiday in much of the country.  America honors the memory of this soldier of liberty, who sacrificed his life for the cause of our independence.  In October, a parade is held in New York City in his honor.  Recently, the United States named one of its atomic submarines in his memory–USS Casmir Pulaski, a ballistic missile submarine whose length is 425 feet.  This was the second ship of the US Navy to be named for him, a Polish General who served in the American Revolutionary War.  Then 230 years after the Polish nobleman died fighting for American freedom and independence, Pulaski became an honorary United States citizen. President Barack Obama signed a joint resolution of the Senate and the House of Representatives that made Pulaski an honorary American citizen.