Voices of Polonia By Ted Rajchel 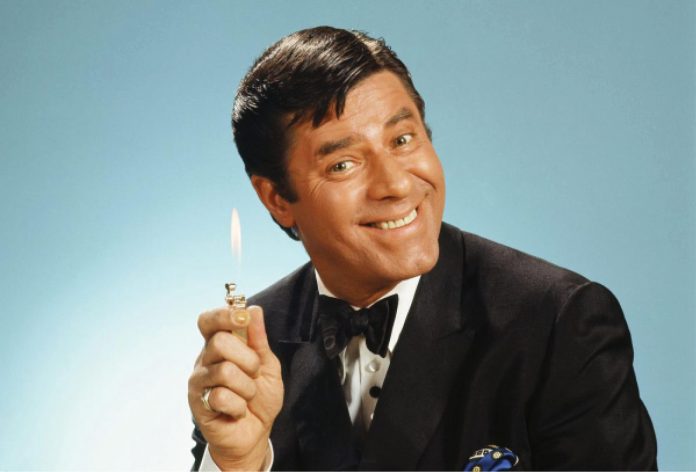 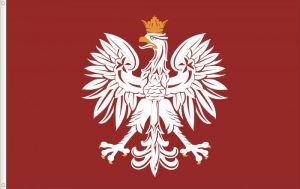 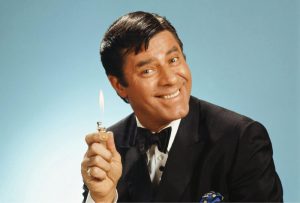 Jerry Lewis was born Joseph Levitch, March 16, 1926 in Newark, New Jersey, to a Jewish family. His parents are Daniel “Danny” Levitch (1902-1980), a master of ceremonies and vaudevillian who performed under the stage name Danny Lewis, from New York, whose parents immigrated to the United States—the father from the Russian Empire, the mother, Rachael “Rae” Levitch (Brodsky; 1903-1983) from Warsaw, Poland.

Jerry Lewis was a “character”, even in his teenage years, pulling pranks in his neighborhood, including sneaking into kitchens to steal fried chicken and pies.  He dropped out of Irvington High School in the tenth grade.  Jerry Lewis was nicknamed “The King of Comedy”.  He was an American comedian, actor, singer, filmmaker, and humanitarian, who appeared in over sixty films, from the Martin and Lewis partnership with singer Dean Martin and his own singing career, Lewis helped develop and popularize “video assist”, the closed-circuit apparatus enabling film directors to see what had been shot without waiting for developed film footage.

He brought great awareness for muscular dystrophy as National Chairman of the Muscular Dystrophy Association for 55 years.  Lewis worked as a soda jerk and a theater usher for Suzanne Pleshette’s father, Gene, at the Paramount Theatre as well as at Loew’s Capitol Theatre, both in New York City, to make ends meet.   During World War II, he was rejected for military service, because of a heart murmur.

They met at the Glass Hat Club in New York City, where the two performed until they debuted at Atlantic City’s 500 Club as Martin and Lewis on July 15, 1946.  The duo gained attention as a double act, with Martin serving as the straight man to Lewis’ a character, who performed with silly or foolish prominence, first with their popular night club act, then as stars of their radio program, The Martin and Lewis Show.  The two made their June 20, 1948 debut on Toast of the Town, later renamed the Ed Sullivan Show, on September 25, 1955 on CBS.  This was followed by a guest stint on the Milton Berle Show and their appearance on Welcome Aboard on October 3, 1948.

In 1950 Martin and Lewis signed with NBC to be one of a series of weekly rotating hosts of the Colgate Comedy Hour, a live Sunday evening broadcast.  Lewis, writer for the team’s nightclub act, hired Norman Lear and Ed Simmons as regular writers for their comedy hour material.  They often broke character, ad-libbing.  While not completely capturing the orchestrated mayhem as their nightclub act, the Comedy Hour displayed characteristic energy between the team and established their popularity nationwide.

They then starred in their own series of 14 new films—At War with the Army (1950), That’s My Boy (1951), Sailor Beware (1952), and other films, and appeared on Bing Crosby and Bob Hope’s Olympic Fund Telethon.  The team appeared on What’s My Line in 1954, the 27th Annual Academy Awards in 1955, the Steve Allen Show and the Today Show in 1956.  Their films were popular with audiences, and were financial successes for Paramount. (All of Martin and Lewis’s movies were well received here in Utica at the Avon Theater on Lafayette Street.)

After their partnership ended with their final nightclub act of July 24, 1956, the boys went on to successful solo careers and neither would comment on the split nor consider a reunion.  They were occasionally seen at the same public events, though never together.  On two occasions, in 1958 and 1961, Martin invited Lewis on stage, but the split was too serious for them to reconcile.  Later in September, 1976, Sinatra surprised Lewis by bringing Martin on live stage, reuniting them after 20 years apart and then in 1989, Lewis  attended Martin’s 72nd birthday.

After ending his partnership with Dean Martin in 1956, Lewis and his wife, Patty took a vacation in Las Vegas to consider the direction of his career.  He felt his life was in a crisis state. “I was unable to put one foot in front of the other with any confidence.  I was completely unnerved to be alone.”  While there, he received an urgent request from his friend, Sid-luft, who was Judy Garland’s husband and manager, saying that she couldn’t perform that night in Las Vegas, because of strep throat, and asking Lewis to fill in.

Lewis had not sung alone on stage since he was five years old.  Twenty-five years before, he appeared before an audience of a thousand. None the less, he delivered jokes and clowned with the audience, while Garland sat off-stage, watching.  He then sang a rendition of a song he’d learned as a child, “Rock-a-Bye Your Baby with a Dixie Melody” along with “Come Rain or Shine”, Lewis recalled. “When I was done, the place exploded.  I walked off the stage knowing I could make it on my own.”

At his wife’s pleading, Lewis used his own money to record the songs on a single.  Decca Records heard it and liked it and insisted he record an album for them.  The single of Rock-a-Bye Your Baby went to No. 10 and the album Jerry Lewis just sang went to no. 3 on the billboard charts, staying near the top for four months and selling a million and a half copies.  Having proven he could sing and do live shows, he began performing regularly at the Sands Hotel and Casino in Las Vegas, beginning in late 1956, which marked a turning point in his life and career.

The Sands signed him for five years to perform  six weeks each year and paid him the same amount they had paid Martin and Lewis as a team.  The critics gave him positive reviews: “Jerry was wonderful.  He has proved that he can be a success by himself,” wrote one.  He continued with club performances in Miami, New York, Chicago, and Washington.  Such live performances became a staple of his career and over the years he performed at casinos, theaters, and state fairs coast-to-coast.

In February, 1957, he followed Garland at the Palace Theater in New York and Dean Martin called on the phone during this period to wish him the best of luck.  “I’ve never been happier”, said Lewis.  “I have peace of mind for the first time”.  Lewis established himself as a solo act on TV starting with the first of six appearances on What’s My Line? From 1956 to 1966 and then guest started on The Tennessee Ernie Ford Show and appeared on both Tonight starring Jack Paar and the Ed Sullivan Show.  Lewis hosted the Academy Awards three times, in 1956, 1957, and the 31st Academy Awards in 1959.

During the 1960 production of the Bellboy, Lewis pioneered the technique of using video cameras and multiple closed circuit monitors, which allowed him to review his performance instantly.  This was necessary, since he was acting as well as directing.  His techniques and methods of filmmaking, commented in his book, enabled him to complete most of his films on time and under budget since reshoots could take place immediately instead of waiting for the dailies.

Lewis was Acclaimed a Genius in France

While Lewis was popular in France for his films with Dean Martin and his solo comedy films, his reputation and stature increased after the Paramount contract, when he began to have total control over all aspects of his films.  He earned consistent praise from French critics and French influential magazines.  He was hailed as a genius creator.  His singular skill behind the camera, were aligned with Howard Hawks and Alfred Hitchcock.  Lewis stated in interviews that he was very popular in Germany, Japan and Australia.

As a humanitarian, philanthropist and “number one volunteer,” Lewis supported fundraising for research into muscular dystrophy.  In 1951 Lewis and Martin made their first appeal for the fundraising on The Colgate Comedy Hour.  In 1977 Lewis was nominated for a Nobel Peace Prize for his work with MDA.  The show was the first to raise over $1 million in 1966.  Over 200 research and treatment facilities were built with donations raised by the Jerry Lewis Telethon.

Lewis suffered from a number of chronic health problems—illnesses and addictions related to aging and a back injury.  Lewis suffered numerous heart problems throughout his life.  He died at his house in Las Vegas, Nevada, on August 20, 2017, at the age of 91.  He received many awards and other honors.  He was a great man and  ”the king of comedy”.