Voices of Polonia by Ted Rajchal 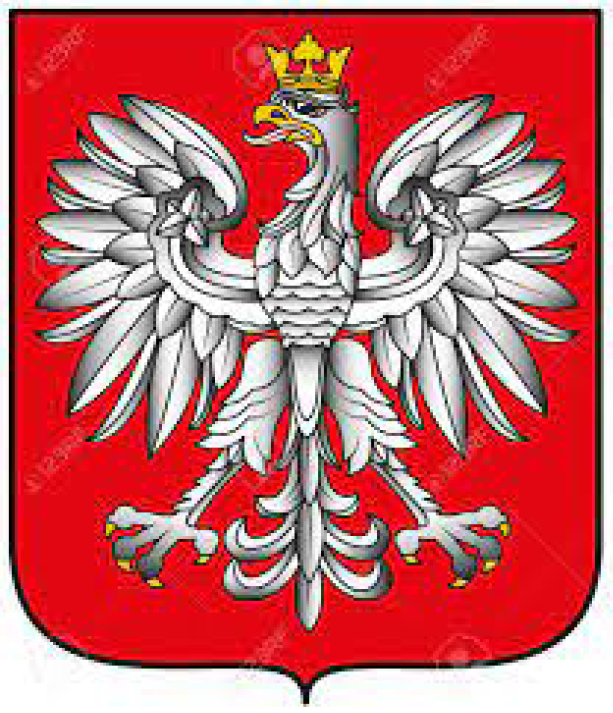 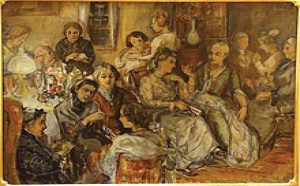 Theresa Ferber Bernstein (March 1, 1890 to February 13, 2004) was an American artist and writer born in Krakow, Poland, and raised in Philadelphia, Pennsylvania.  She received her art training in Philadelphia and New York City.  Over the course of nearly a century, she produced hundreds  of paintings and other art works, as well as several books and journals.  Bernstein and her husband, William Meyerowitz, who was also an artist, lived and worked in Manhattan, New York and Gloucester, Massachusetts.  She painted portraits and scenes of daily life, plus reflections of major issues of her time, in a modern style that evolved from realism to expressionism.  She was active in several art associations and promoted her husband’s work as well  as her own.  Her artwork is found in dozens of museums and private collections in the United States and abroad.  She remained active all her life and was honored with a sole exhibition of 110 art works to celebrate her 110th birthday.  She also  authored several books, including a biography of her husband and a journal on their many trips to Israel.  She died in 2002, just a couple of weeks short of her 112th birthday.

She was the only child of Isidore Bernstein, a Jewish textile manufacturer, and his wife, Anne (Ferber) Bernstein, an accomplished pianist.  The family emigrated to the United States when Theresa was one year old.  She showed an early interest in art and began learning to draw and paint at a young age.  As a young woman she traveled to Europe with her mother several times, where she was impressed by artists of the New Expressionist Movement, like Wassily Kandinsky, Franz  Marc, and Edward Munch, a Norwegian painter.  Theresa Bernstein’s 1923 work, “The Immigrants,” for example, captures the experience of  generations of people who crowded ship decks as they crossed the ocean to begin life anew—“The immigrant story is often overlooked in American art,” says Mr. Finamore, “Yet it is part if the history of so many Americans”.

The only child of European immigrants, Isidore and Anne (Ferber) Bernstein , she graduated from the William D. Kelley School in Philadelphia in June, 1907, at the age of 17.  The same year, she received a scholarship to the Philadelphia School of Design for Women, now Moore College of Art and Design.  In 1911 the college awarded her an Honorary Doctorate. In 1912 the following year, her father moved the family to New York City.  They settled in Manhattan and enrolled at the Art Students League, where she took life and portrait classes with William Merritt Chase.  In 1919 she married artist William Meyerowitz, a Russian immigrant.  They remained married until Meyerowitz died in 1981.

Her Marriage and Family

She met her future husband, William Meyerowitz, also an artist, in 1917, and they married in Philadelphia on February 7, 1919.  Their only child, a girl named Isadora, died in infancy.  They lived in New York City and began spending summers in Gloucester, Massachusetts in the 1920s.  In 1923 the couple traveled abroad together.  In the beginning, Bernstein’s sales  and reviews were far better than her husband’s, but over time her reputation waned due to a decreased interest in realistic subjects, even though they presented themselves as a “painting couple”.  During the Great Depression Bernstein and her husband continued to teach in their studios in Manhattan and Gloucester and sold graphics to  supplement their income.  They became involved in the Zionist movement, and after the establishment of the State of Israel, they visited the country 13 times over 30 years.  Until her husband’s death  in 1981, Bernstein promoted his artwork while creating her own. She stated that she did not feel it necessary to compete with him, as she was not competitive by nature.

Bernstein shared a passion for “modern” subject matter, to which she added a radically expressive manner.  She embraced popular culture with enthusiasm, painting such subjects as the cinema, trolleys, elevated trains, and Coney Island.  She exhibited at the MacDowell  Club and had a major show at The Milch Gallery in 1919.  Her harbor views and beach scenes painted in blazing fauve-like colors attracted equal interest among the young modernists of Gloucester.  There followed a lifetime of steady consistent work in her signature style—work that was exhibited, reviewed, and (sometimes) purchased, but that did not achieve great critical acclaim. Renewed interest in Bernstein’s art was sparked by the women’s movement which recognized the quality and originality of her work and her historical contribution to early twentieth Century American art. As a woman crossing the gender threshold at the beginning of the new century, Bernstein experienced the excitement of that movement, but was not spared the indignity of discrimination. Either paying a backhanded compliment or implying criticism, reviewers often described her work as having a “masculine” style. Whatever the gender construction of her style, she viewed the world as a woman, incorporating into her art types and activities ignored by others, such as women at work, women artists, and suffragist parades.  Although Jewish subject matter was not a specialty of Bernstein’s, her works in this genre are among her most profound and moving.  Her movements toward community aspects of life led her to detect such subjects as weddings and synagogue services.  As an ardent Zionist, Bernstein attended the first Zionist meeting in America in Madison Square Garden in 1923, an experience she transformed into the painting ‘ Zionist Meeting’, New York (1923, National Jewish Fund).  Fully assimilated  and completely at ease with American culture, Bernstein nevertheless maintained close touch with her Jewish roots and visited Israel many times.  Raised in what she referred to as a secular household, she later took on the greater religious observance of her husband.

The many works by Theresa Bernstein are scattered across America in many different venues, from prestigious private collections such as the Manoogian Collection, to small personal caches in Gloucester, where, in the early days, she may have bartered a painting for food, or fuel oil.  The Manheim, Pennsylvania Post Office boasts a Bernstein Mural from the 1930s.  Major works are also held by the Jewish Museum, The Cape Ann Historical Association, The Museum of the City of New York, The National Museum of Women in the Arts, The Montclair Art Museum, and the Jack S. Blanton Museum of Art at the University of Texas.  Bernstein  was part of the Philadelphia Ten, an influential group of female artists.  She was also a member of the National Association of Women Artists, The Society of American Graphic Artists and The North Shore Art Association.  Her works exhibited extensively  with the National Academy  of Design and The Society of Independent Artists, which she co-founded. Bernstein’s first solo exhibition was in 1919 at the Milch Gallery in New York City.  In 1930 The Baltimore Museum of Art held simultaneous solo exhibitions for Bernstein and her husband to help them build their individual careers.  In all she had more than 40 solo exhibitions over her lifetime.  Theresa Bernstein died on February 12, 2002 at Mount Sinai Hospital in Manhattan.  She was just two weeks shy of her 112th birthday.