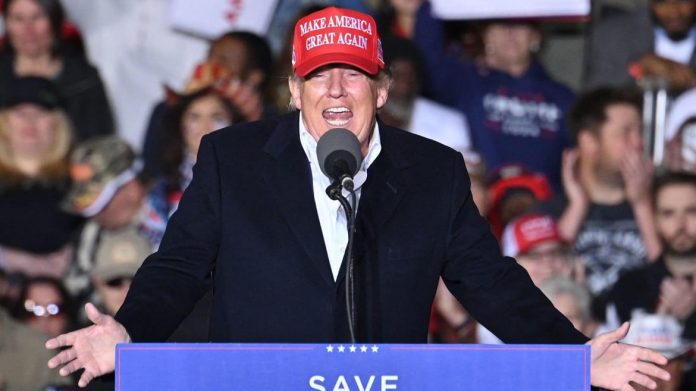 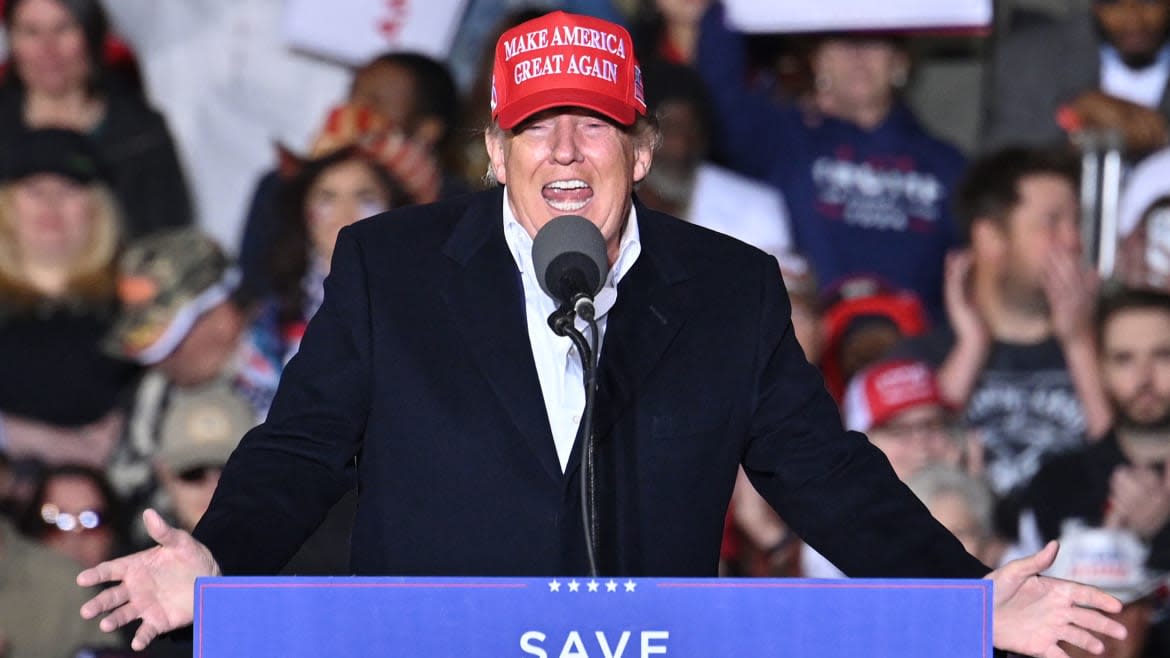 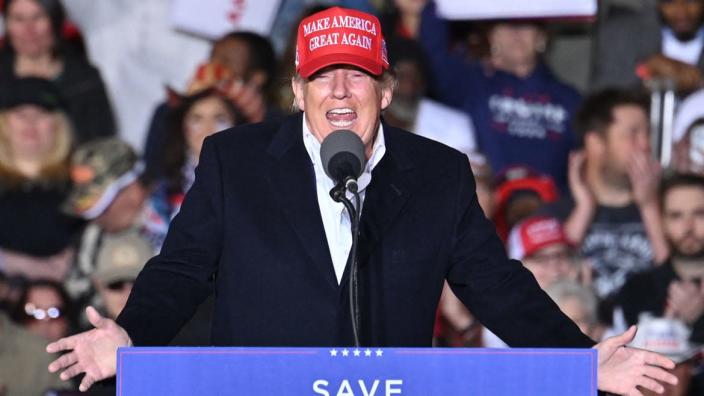 There was a time when Donald Trump made news with his rallies—when he said things that utterly shocked us. Who could forget the firestorm he started, for example, when he went after Colin Kaepernick and other NFL players who knelt during the national anthem in 2017, or earlier that year when he called Barack Obama “the founder of ISIS”?

Trump’s performance in Arizona on Saturday night—his first rally in months and his much-hyped chance to respond to the one-year anniversary of the Jan. 6 Capitol riot—was neither shocking nor terribly newsworthy.

It didn’t even merit a mention on The Washington Post’s homepage Sunday morning. The New York Times only used Trump’s speech as a peg to write a broader story under the headline: “Trump Rally Underscores G.O.P. Tension Over How to Win in 2022.”

A few years ago, Trump rallies spawned breathless coverage and drove multiple news cycles. But The Times’ story isn’t even about the rally, and their mentioning it is mostly perfunctory.

To keep readers’ attention, The Times spotlighted a cast of supporting characters, such as Kari Lake, a Trump-endorsed candidate for Arizona governor who used to be a local news anchor. The photo of her in The Times shows her wearing some sort of cape, which I think we can all find mysterious. No wonder they used her.

Kari Lake Is the Camera Ready, Big-Lie Loving Future of the MAGA Movement

TV sitcom showrunners sometimes react to declining ratings by introducing a “Cousin Oliver”—which, quite often, is a cute kid whose smart-alecky sass is meant to liven up a tired atmosphere. Sometimes it works, sometimes it’s evidence a show has simply “jumped the shark.” But Trump’s never been an ensemble cast type of personality. He’s the whole show, and the surrounding players are as replaceable and ephemeral as Spinal Tap’s exploding drummers.

The Arizona rally may have been the unofficial kickoff of his 2024 campaign. But this time around, Trump will have to work harder to break through—and not just because the media is less likely to give him ample air time free of charge.

Call it the Andrew Dice Clay conundrum: If your entire schtick is based on shock value, eventually the audience grows inured, and the lack of substance becomes embarrassingly plain.

Trump made assertions in Arizona Saturday night that might once have garnered buzz (on Sunday morning, at least). But they’re getting little play. In its writeup of the rally, Politico said Trump “issued a blistering response to Democrats” and that he “opened his speech by falsely claiming ‘proof’ that the 2020 election was ‘rigged.’” A more telling fact is that this “blistering response” was not deemed worthy enough to be the site’s lead story. What might have spawned outrage and wagging tongues a few years prior now elicits a collective chorus of yawns.

Here’s the thing about moving the Overton Window: The process of shifting standards and assumptions matters greatly at the societal level. It’s bad when news consumers become desensitized to a former president erroneously claiming an election was stolen. It also cannibalizes one of Trump’s greatest assets: his ability to shock and awe. His shtick is tired, and that can often equate to a professional death sentence.

Trump’s rock-concert rallies provide enough of his greatest hits for the fans and groupies who actually attend them. But for performers to remain relevant, they require new material. And politics is more stand-up comedy than rock and roll.

The Rolling Stones can play their more-current hits a million times, yet we will still keep clamoring for “Sympathy For The Devil.” But can you imagine Chris Rock getting an HBO special and doing 2016 material? The same goes for Trump. Nobody wants to hear a political retread who rehashes his same tired conspiracy theories ad nauseam.

Trump seems like the sort of man who could appreciate the temporal, consumerist, and disposable culture of modernity. We fetishize what is new and what is next. Yet, Trump’s obsession with relitigating an election that is now two calendar years past runs contrary to this modern American tendency. In this regard, his ego trumps his marketing savvy.

The Real Tragedy of Jan. 6 Is That It’s Still Not Over

To be sure, Trump also benefits from the (bogus) sense he was wronged. But it’s hard to see how such a backward-looking 75-year-old man can remain in the vanguard. On Saturday night, Trump wasn’t just stuck in 2020—he was also stuck in the 20th century. There were numerous references to communism (more so than usual), including a reference to the Jan. 6 Commission’s witness interviews, which he compared to Stalinist show trials.

You might forgive Trump for such fanciful attacks on Nancy Pelosi and Congressional Democrats, since his criticism of Joe Biden isn’t terribly effective. Trump isn’t skilled at prosecuting a substantive policy critique, and, despite Biden’s low approval ratings, it’s really hard to get too worked up about him (the best Trump could do was mock him for seeming dazed and confused). All this is to say, the new material didn’t kill on Saturday night.

The theme was “Make America Great Again… Again.” Even Trump’s apparel hinted at the likely sequel. He donned a red “Make America Great Again” hat that partially obscured his eyes most of the night, but it wasn’t the iconic version from the 2016 election. He was attempting to have it both ways by playing his “greatest hits” and floating some new material. But does lightning ever really strike twice? For every Godfather II success there are dozens of Ghostbusters II failures.

We’d be fools to count Trump out entirely. If anyone in American lore is capable of a third act, it’s him. But he needs new material, and fast, because if his Arizona rally shows anything, it’s that the old routine just doesn’t land anymore.

Get the Daily Beast’s biggest scoops and scandals delivered right to your inbox. Sign up now.