The telecast featured segments filmed across the country because the coronavirus pandemic forced convention planners to scrap their plans to hold a massive gathering in Milwaukee.

Next week, Republicans will answer with their own convention nominating President Donald Trump and Vice President Mike Pence for a second term.

Democrats want you to know Biden cares and Trump does not. That was the simple, cohesive message that Democrats communicated over four nights. It was a strategic choice for Democrats to seek to make the election about character. Every segment — including those focused on policy — questioned the humanity of Trump’s actions and framed the election as what Biden called a “battle for the soul of our nation.”

“I will draw on the best of us, not the worst. I will be an ally of the light, not of the darkness,” Biden said Thursday night. 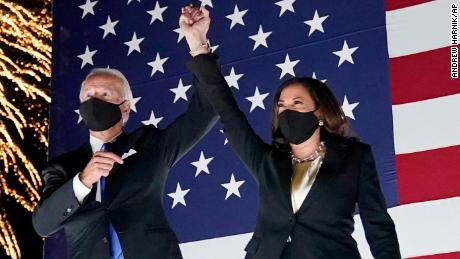 Connecting through grief. The tragedies of Biden’s life — the death of his first wife and daughter weeks after he was elected to the Senate in 1972; the death of his son and presumed political heir Beau Biden of brain cancer in 2015 — were a focal point all week, as Biden’s friends and family sought to convey how the lessons he had learned in overcoming grief could help guide a nation facing a pandemic that has left more than 174,000 Americans dead.”How do you make a broken family whole? The same way you make a nation whole,” Biden’s wife Jill Biden said Tuesday. “With love and understanding, and with small acts of compassion; with bravery; with unwavering faith.”

Everyone will remember the Obamas. The convention was about Biden and Harris, but the former president holding back tears as he warned democracy is on the brink in Philadelphia and the former first lady’s somber evisceration of Trump provided two of the DNC’s most poignant moments — ones that will likely reverberate through the remainder of the campaign.

“Do not let them take away your democracy,” Barack Obama pleaded. “Donald Trump is the wrong president for our country. He has had more than enough time to prove that he can do the job, but he is clearly in over his head. He cannot meet this moment. He simply cannot be who we need him to be for us,” Michelle Obama said. “It is what it is.”Harris has the baton now. Biden has called himself a bridge to a new generation of Democratic leaders, and this week showed that Harris will have a firm claim to becoming that new generation’s first leader.

That’s perhaps no surprise, since she’s Biden’s vice presidential pick. But no vice president in the last two decades, including Biden, has been seen as the future leader of a party. The week positioned Harris as a successor to Obama’s history-making legacy, with Biden as their link. 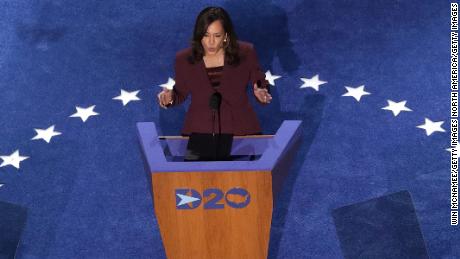 It was, at times, a Republicans for Biden convention. Or at least that’s how progressives saw it. Former Ohio Gov. John Kasich, former Secretary of State Colin Powell and other Republicans got time. But the most confounding presence was former New York Mayor Michael Bloomberg, who has been a Republican and an independent and briefly ran for president as a Democrat, in the final night’s final hour. Bloomberg launched his campaign on the premise that Biden couldn’t win; he then was roasted by Massachusetts Sen. Elizabeth Warren on the debate stage and, after dropping out, has been accused of failing to live up to his financial commitments to his staffers and the Democratic Party. Rising Democratic stars were showcased in montages that underscored the party’s diversity overall, but did not elevate any individual — a reality made more glaring by Bloomberg’s presence in the lineup for the final hour of the convention’s final night.

But the left’s leading 2020 candidates gave Biden their full-throated support. Despite the grumbling about Republicans’ role, Biden united the Democratic Party in a way Hillary Clinton didn’t in 2016. Vermont Sen. Bernie Sanders and Warren gave speeches strongly supporting him. It underscored how Democrats are broadly setting ideology aside, at least for now, to mobilize against Trump.

“If Donald Trump is reelected, all the progress we have made will be in jeopardy,” Sanders said.

There was some criticism about Latino representation. Nevada Sen. Catherine Cortez Masto and New Mexico Gov. Michelle Lujan Grisham — two Latinas — were among the convention’s speakers. But some progressives complained on social media that former Housing and Urban Development Secretary Julián Castro, who ran unsuccessfully in the primary, didn’t have a slot in the lineup.

Castro was offered spots in two videos that featured other 2020 Democratic presidential contenders, including one that aired Thursday night, but declined both invitations, a source familiar with the convention planning said. 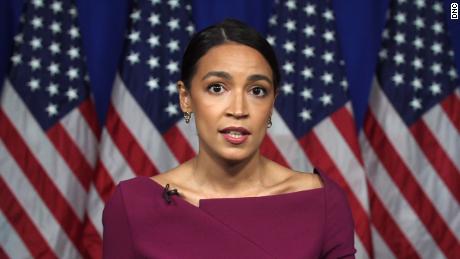 There were missed opportunities. A whole generation of Democratic officials is used to making its case to voters over phones, with viewers watching online, rather than feeding off audiences in person.

New York Rep. Alexandria Ocasio-Cortez’s Instagram livestreams draw huge audiences. New Jersey Sen. Cory Booker’s casual Facebook Live on the steps of the Capitol in 2017, featuring John Lewis, was one of the most memorable moments of that year’s health care fight. Former Texas Rep. Beto O’Rourke rose to prominence as a result of his livestreams during a Senate run.

They were perfectly suited for the moment, but Democrats largely didn’t tap into their skills to extend the convention into less formal, away-from-the-TV settings. Booker moderated a brief panel of 2020 candidates discussing Biden and their memories from the campaign trail — but a live or extended version online could have drawn a big audience of those candidates’ supporters.