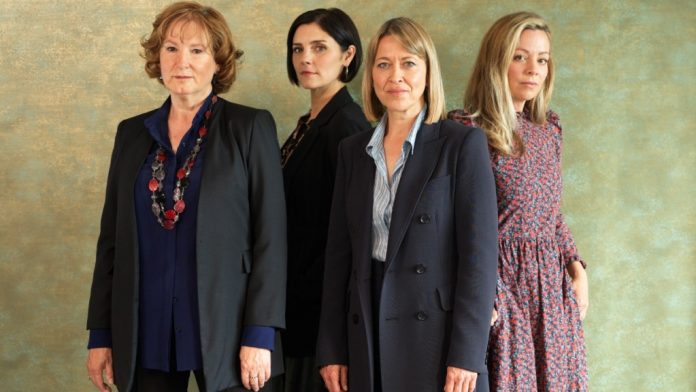 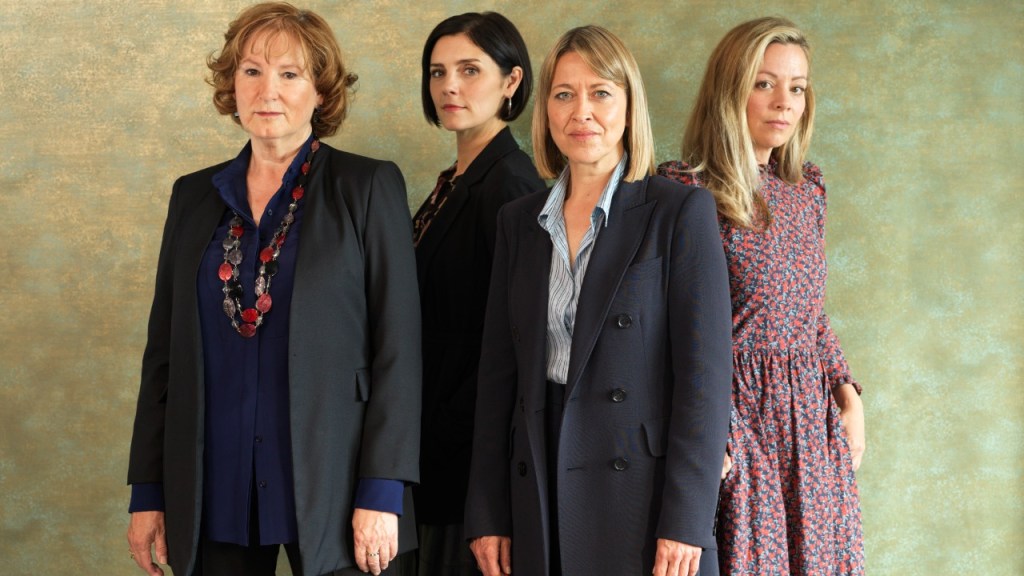 Having penned hits such as “Shame” and “The Iron Lady,” Abi Morgan is undoubtedly one of the U.K.’s best-known screenwriters. Now the creator of shows including “The Hours” and “The Split” is turning her hand to filmmaking.

Morgan, a BAFTA and Emmy-award winning writer, will make her directorial debut with an upcoming episode of “The Split,” which she also executive produces alongside Jane Featherstone (“Chernobyl”), Lucy Dyke (“Black Mirror”) and Lucy Richer (“Small Axe”).

Season 3 of the hit show, about a family of divorce lawyers working through their own personal problems, is set to air in the U.K. on the BBC and in the U.S. on BBC America in 2022, and will be available to stream on iPlayer in the U.K. and Sundance Now in the U.S.

Morgan’s pivot to directing has been a long time coming. She has spent almost three decades behind the scenes, as both a writer and an executive producer. Having closely observed and shadowed the many auteurs she’s worked with, such as Steve McQueen (“12 Years a Slave”), Sarah Gavron (“Suffragette”), Phyllida Lloyd (“The Iron Lady”), David Yates (“Fantastic Beasts and Where to Find Them”) and “The Split” Season 3 lead director Dee Koppang O’Leary (“Bridgerton”), Morgan says moving from scribe to director felt like she was “suddenly being invited to a party that I’d sort of been involved in organizing.”

“When I go on set I [usually] feel a bit redundant,” Morgan tells Variety. “Once I’ve chatted to the actors and I’ve annoyed the director, I do always end up next to the catering van eating a lot and talking to whoever is around. I don’t really have a role and I’ve kind of accepted that [as a writer] my job is done. I’ve never really understood entirely where I fit in the picture.”

Morgan was in part inspired to make the jump thanks to a new generation of multi-hyphenate female filmmakers such as Emerald Fennell (“Promising Young Woman”) and Phoebe Waller Bridge (“Killing Eve”), as well contemporaries Moira Buffini (“Harlots”) and Rebecca Lenkiewicz (“Small Axe”). “I think that I was very confident about my ability to own the space on the page,” says Morgan. “What I wasn’t confident about was, could I own the room? Could I captain a ship? Could I lead? And one of the revelations for me was, not only did I feel I could do it, I really enjoyed it, and it feels like a very natural progression. And if anything, I could kick myself for not doing it earlier.”

In fact, Morgan reveals, she is already planning to embark on more directorial projects: “It’s made me really want to go direct more,” she says of her experience on “The Split.” She already has a movie and a series in mind.

First, however, Morgan must finish working on screenplays for another film and “a number of big series” already in the pipeline. “We’re thinking about directors, and I wouldn’t put myself necessarily forward for that yet,” Morgan says. “Also because I love the collaboration with a brilliant director, and I really admire and value what they do. … So to a certain degree, I kind of feel like I love the gap, the kind of alchemy that happens when you hand over [a story].”

Morgan is also busy working on her first book — a memoir called “This Is Not a Pity Memoir” — scheduled for spring 2022. It is, ostensibly, about the day she came home to find her husband collapsed on the bathroom floor, but will, no doubt, give readers a glimpse into her own journey with cancer, with which she was diagnosed in 2019 (she is now in remission). Morgan says it is highly likely she will adapt the memoir for the big screen. “Certainly, it’s the natural domain for me to want to make that into a film so that will be something I’ll be definitely thinking about doing,” Morgan says. “I think I’ve had a very significant life shift as well. And that’s been also the motivator to want to direct and re-think.”

Abi Morgan on the set of “The Split” with Nicola Walker. Sister/BBC

And despite the latest season of “The Split” being billed as its final, Morgan admits she is in discussions about returning for a fourth season. “I think I’d write another series if I genuinely felt I had more story,” she says, despite having envisaged the series as a three-act structure. “I did actually always feel like this was going to be the last series. But I feel quite reinvigorated having directed so that slightly changed the way I feel.”

Having now delved into a variety of topics on screen, including divorce, politics and feminism, is there anything Morgan is still yearning to explore? “I’d love to try and write a big action film one day,” she admits. “I just haven’t quite occupied that space yet. But again, it’s, you know — it’s confidence and it’s knowing that you can still be here [working] in your 50s and your 60s,” she says, citing Nora Ephron as an influence.

And, she says, as well as mentoring younger writers, she continues to look to women such as Michaela Coel (“I May Destroy You”), Lucy Kirkwood (“Adult Material”) and Lucy Prebble (“Succession”) for inspiration. “Inherently we know that we are in a very important moment of change,” Morgan says. “There’s always been these important moments of change at every level. We know we want more equality, we definitely know we have to have more diversity. And so, in a way, I think everything is up for grabs at the moment.”