The First Time We Had Pride 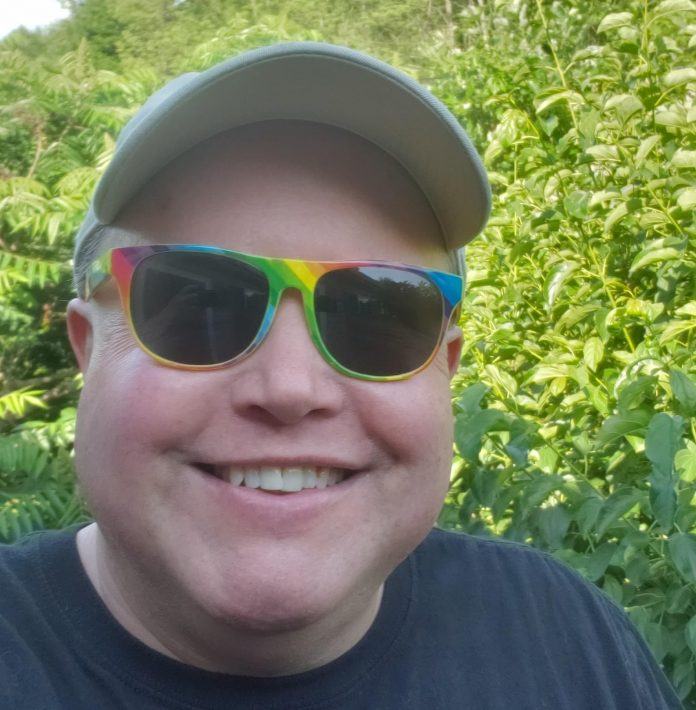 The first swell of rainbows, the Utica Gay Pride Parade of 1998

Twenty-three years ago,  That Place on Bleeker Street was the “gay bar” in the area and the only safe space to meet other gay men. The doors have been closed for a few years now, an ironic symbol of the social evolution that perhaps obviates the need for “gay bars,” but in someways still feels like a loss to our local culture and to the history of the LGBTQ movement in Central New York.

In 1998, one year before President Bill Clinton declared June to be Gay and Lesbian Pride Month, Utica achieved a civil rights milestone with it’s first ever Gay Pride Parade and it started right outside That Place.

“I brought up the idea of a pride parade to various local groups,” Tim Dittfield recalls his determination to make the parade happen despite initial reluctance by those who feared a backlash. “None of them were too fond of the idea so I went to city hall and applied for a parade permit as an individual.”

Next he invited two other trailblazers to be co-grand marshals. One was long-time activist Milford Decker. The other was Shelena Retamar who was the first student in the history of Saquoit Valley School to bring a same-sex date to the prom. An article written by Aida Di Pasqua in the Observer-Dispatch described her as looking “a little nervous-and a little excited” as she waited for the parade to begin.

“We knew we’d be covered by the media,” James Gifford, a retired professor of English, Theatre, and Film at Mohawk Valley Community College says, “to go out there and show your face was an ‘edgy’ kind of thing.”

For his partner at the time, now husband, Paul Stern, it was a step he wasn’t prepared to take.

“We had been living together,” Gifford explained but he was afraid about coming out at work.”

Stern followed the parade route from the sidewalk.

“There was still a taboo,” he says. “People were hesitant.”

“I could see him cheering on the sidelines,” Gifford remembers. “I waved for him to come and join us [the marchers] so he followed along on the sidewalks.”

Alana Varga, who retired this year from Utica College as Dean for Diversity and Inclusion, was both a participant and involved in organizing the event.

“People were looking for a way to express pride, but a bit of trepidation,” she said.

Despite those concerns local groups such as P-FLAG, Planned Parenthood, as well as a leather group converged with clergy, businesses, and members of the LGBT community and their friends and family converged into what she describes as a “connection of that community for validation [as well as] celebration.”

I’m quoted in that Observer-Dispatch story about the event. I described it as “incredible and a wonderful night.” A few days later I had a column in that same paper where I talked about how my one-year-old nephew Tyler was in the parade. His mother pushed him in a stroller with rainbow colored balloons tied to it.

“It’s easy to look back on the civil rights struggles of the past and think you would have done the right thing,” I said in my June 1998 column, “But then it looked different than it does now. Then it was risky.” The people who did the right then were heroes.

When Tim Dittfield applied for that first parade permit at Utica’s City Hall he wrote that he expected twenty people to participate. By the time we turned the corner from Bleeker onto Genesee Street it had blossomed to over three hundred people.

“It gave us visibility for the first time,” Dittfield says, thinking back to that day twenty-three years ago. “We were no longer in a dark bar with blackened out windows. We were out in public. We were the first ones to be courageous. We unified.”