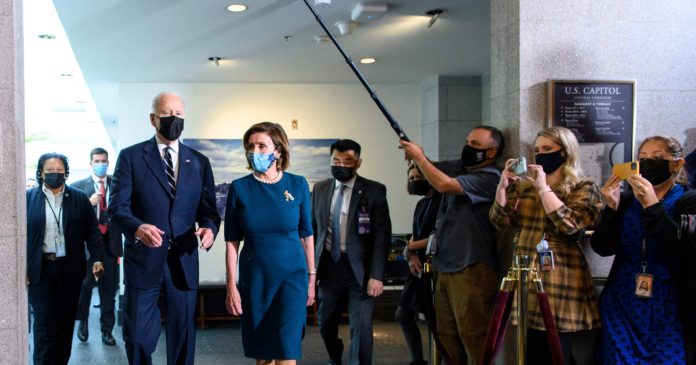 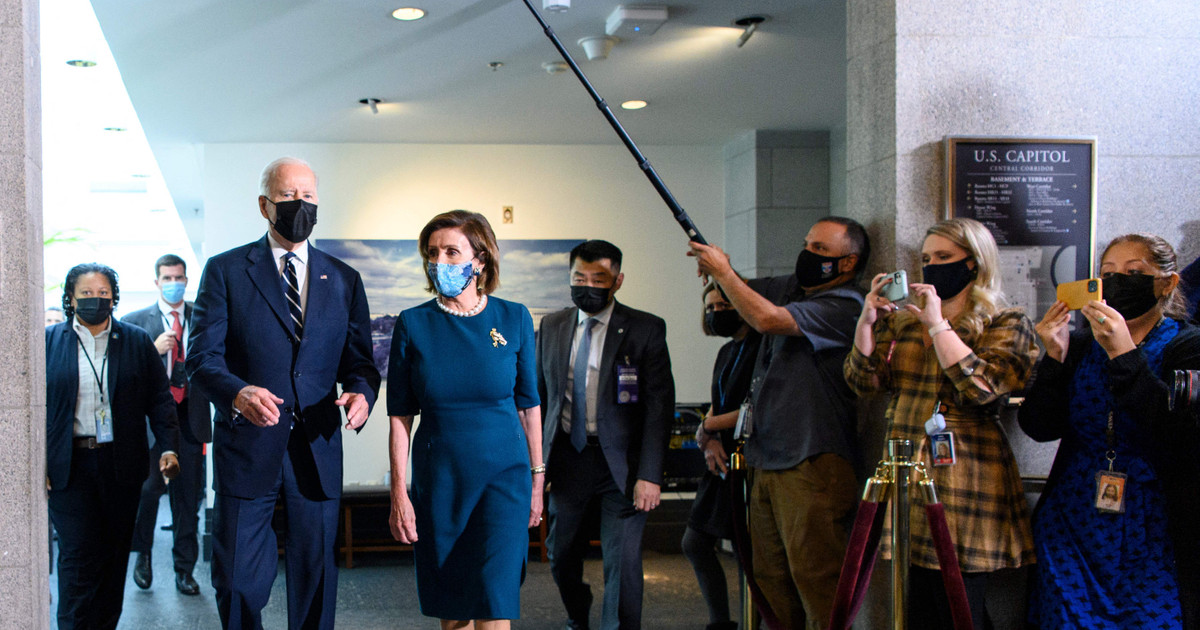 ProPublica is a nonprofit newsroom that investigates abuses of power. Sign up to receive our biggest stories as soon as they’re published.

This article was co-published with The New York Times.

Having stumbled in their attempts to raise taxes on the wealthy in the conventional way, Democrats in Congress moved to unconventional measures.

The proposal was to tax billionaires on their so-called unrealized gains — the growth in the value of assets, such as stocks and real estate, that have not yet been sold. To understand why lawmakers might look to a group of more than 700 billionaires to underwrite a massive spending program, consider this statistic: Since the beginning of the COVID-19 pandemic, billionaires have seen a 70% increase in their wealth, from nearly $3 trillion to an almost incomprehensible $5 trillion, according to Forbes data analyzed by Americans for Tax Fairness and the Institute for Policy Studies Program on Inequality and the Common Good.

Unsurprisingly, critics, the ultrawealthy and even some Democrats decried the idea as novel, untested and dangerous. Other experts worried about whether it would be too difficult to value billionaires’ assets or if the proposal could pass constitutional muster. These attacks ultimately killed the idea in Washington.

But a billionaire’s tax is not nearly as novel and untested as it sounds. The main concepts already exist in the tax code. It just happens that these provisions currently serve the interests of the ultrawealthy class, who have so far skirted most taxes aimed at wealth rather than income.

The ultrawealthy live starkly different financial lives from other people. They hardly make anything in wages, or what the rest of us know as income. Amazon’s Jeff Bezos has typically pulled down a middle-class base salary of around $80,000. Others, like Facebook’s Mark Zuckerberg, Oracle’s Larry Ellison and Google’s Larry Page, have, at various points, taken a symbolic $1 in salary.

But many ultrawealthy Americans have figured out how to fund a lavish lifestyle without owing any income tax. Their wealth is almost entirely in assets like stocks, such as the Tesla shares that account for the vast majority of Elon Musk’s $270 billion plus in wealth. Our tax code levies a 23.8% tax on capital gains for those with the highest incomes, but only when an asset is sold. Their holdings can grow by billions of dollars a year, but the wealthy owe nothing as long as they hang on to their shares. When they need money, they borrow it, as Ellison and Musk have done to the tune of billions, pledging the value of shares as collateral. It has been called “Buy, Borrow, Die,” and it’s a wonderful system for the superrich.

This system allows them to enjoy luxury cars, yachts, homes on multiple continents and occasional trips to outer space while reporting, in some cases, a salary of a dollar a year or less to the IRS.

This is why the ultrawealthy are able to pay negligible amounts in taxes, especially compared with the growth in their wealth, as ProPublica reported earlier this year, as part of our series “The Secret IRS Files.” In 2018, Musk paid $0 in federal income taxes. (He declined to discuss his taxes with ProPublica.)

The proposal would have taxed billionaires on those unrealized gains. If shares of Amazon or Facebook or Berkshire Hathaway rise 20% in a year, Jeff Bezos, Mark Zuckerberg or Warren Buffett, respectively, would owe taxes on that gain — even if they don’t sell a single share. Assets that are harder to value, such as privately held companies or real estate, would also be subject to tax.

Part of the objection to the billionaire’s tax was that it is a dramatic change from the current tax system, which taxes people only when they realize gains.

That’s untrue. There are several provisions in the current tax code through which unrealized gains are taxed.

Here’s one example of something in the code today. Certain hedge fund managers can do what’s called a 475 election, a maneuver named after Section 475 of the tax code. Using this provision, their entire fund is taxed on its market value at the end of the year. They have to pay taxes on gains, whether they sell the underlying stock or not. Are these hedge fund managers nuts? Nope. They do it because it confers several benefits for certain types of funds (particularly those doing rapid-fire trading every nanosecond), including freeing them from complying with trading rules they may find onerous.

Hedge fund managers are intimately familiar with the concept of placing a value on unrealized gains. Their compensation depends on it. Each year, they get a small percentage, typically 2%, of the assets they manage. If they do well and the fund goes up, they get a performance fee, often 20% of the increase in the fund’s value. How do they determine that 20%? They figure out the unrealized gains. On Dec. 31, they tell their clients that their assets went up and get paid 20% of that amount. If those stocks fall on Jan. 1, they don’t have to give the money back.

The mirror image of unrealized gains also exists in the tax code. Today, businesses that buy equipment get to take a deduction intended to approximate the amount that it loses in value each year. This concept is called depreciation. In other words, you get a deduction based on an estimate, not when you sell something. You could call it an unrealized loss.

And then there’s the wealth tax on unrealized gains that millions of Americans already pay: property taxes, which every owner of a house or apartment is responsible for. Property taxes are a town or city’s estimate of the value of your home or land, almost always in a year you didn’t sell.

The proposal is not a wealth tax, but it has a similar goal of raising money only from the ultrawealthy. Its elegance is that it equates the gain in wealth with income. In theory, a wealth tax, which has its own complexities and constitutional questions, could be layered on top.

When people complain that the new billionaire tax is unconstitutional, they may be forgetting about all of these provisions that exist today that do similar things.

Another argument against such a tax is that it would be too hard to enforce because it’s difficult to value assets accurately. Stock markets reflect a clear value for publicly held companies, but the value of privately held companies, real estate holdings, art and other assets is harder to determine.

That may have been more true 40 years ago, but there are now entire industries dedicated to valuing private assets. Commercial real estate, for example, relies on the work of research and investment banking companies that analyze and value office buildings. And if banks are willing to lend to the ultrawealthy against their assets, presumably they are comfortable valuing them. If all these entities can do it, so can the IRS.

It’s a measure of how much the political conversation about wealth inequality has shifted that this new tax was even considered seriously. While a tax on billionaires for their unrealized gains is not as new as people want to pretend, it clearly would be complex to implement. Perhaps, however, not as complex as getting all Democrats on board.