Cailee Blackington is a freshman at Utica College. She is majoring in Communications and Media with a Theater concentration and Animal Behavior. You can catch one of her performances this weekend. It will be in the college theater department’s production of Something Rotten this weekend, but it won’t be onstage; it will be online.

Because of COVID and the restrictions necessitated by the pandemic the spring musical was videotaped earlier in the month and will be available for streaming until Monday, April 26th via the college’s website (www.utica.edu) or directly from: www.showtix4u.com/event-details/49840.

“It was my first collegiate production and my first production in the middle of a pandemic,” Blackington says. “Luckily we had a team that made it feel not much different from what we were used to.”

“We kept it close to a live theatrical production,” Jason Francey said. He is Utica College’s Assistant Director of College Engagement and an adjunct in the theater department. Also, as the play’s director, he is the leader of that team. The cast videotaped four different performances which were then edited down to the various viewers can see this weekend.

Since the play is a musical, “We’re weaving it together based on the sound more than the audio,” Francey explained.

“Singing in a mask was really hard at first,” for Blackington. It was hard to emote. She rehearsed her lines in a mirror wearing a mask just to be sure the emotions were registering on her face.

This isn’t the first Utica College play for Ahlanna Russell, who plays Willian Shakespeare in the show, but she describes it as “like nothing I’ve ever done before.”

Russell is still a senior at Proctor High School thought you would never know that based on her sitcom snappy knack for making antagonists likable, vulnerable, and funny.

She says the experience of acting in this production has made her a better actor because she has acquired skills and experience she will apply to future projects. Russell has recently been accepted to Ithaca College’s nationally-recognized Bachelor of Fine Arts program in Musical Theater.

“This experience has been surreal because of the pandemic,” she says. “It’s like nothing I’ve ever done before, but COVID’s not stopping us.”

According to the Utica College website “several precautionary measures [were] taken to make sure all students and staff remained safe during the rehearsal process.” Those included the regular testing the college provides to all students and staff. The students were tested together and all made it through the entire process without one safety violation, positive COVID test, or quarantine.

Jones has an engaging “leading man” charisma that has propelled previous Utica College productions; his star quality easily shone through the clear masks the cast wore while performing. The masks were specially designed for the show by Kristin Palazzoli who is an Emergency Medical Technician as well as the theater department’s costume designer, and an adjunct lecturer in the department.

Cailee Blackington was equally enthused about the process despite the fact she was acting for cameras rather than a packed auditorium.

“Every single time the lights came up it was pure magic,” she insists. “Sometimes you’ve been doing something for so long it actually starts to lose it’s magic; but doing a a show right now in the middle of a pandemic-it brought it all back.”

Utica College Theater Department’s presentation of Something Rotten will be streaming via Showtix4U through April 25th. Tickets are $20 per person or $40 per household. Utica College students will receive a special discount. 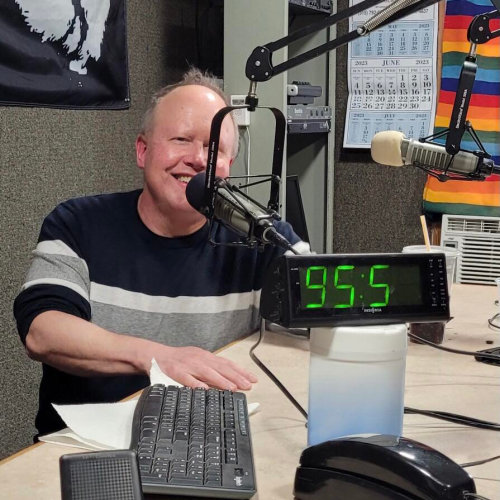