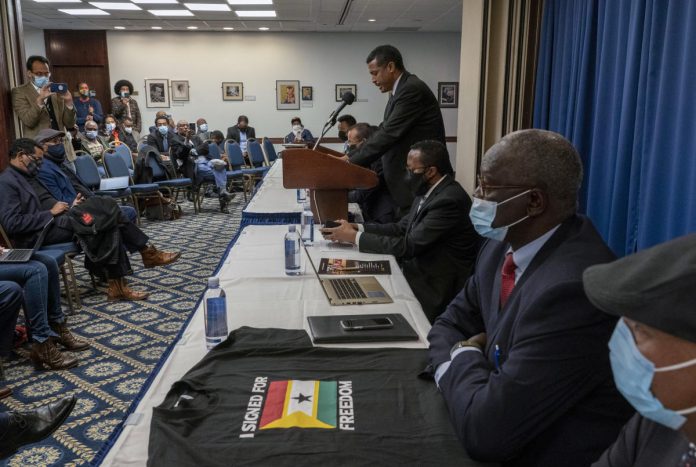 Mahamud Ugas, center, speaks during signing ceremony of the United Front of Ethiopian Federalist and Confederalist Forces to establish a grand United Front to fight against the Abiy Ahmed regime in Ethiopia, in Washington, Friday, Nov. 5, 2021. Ethiopia’s Tigray forces on Friday joined with other armed and opposition groups around the country in an alliance against Prime Minister Abiy Ahmed to seek a political transition after a year of devastating war, and they left the possibility open for his exit by force. (AP Photo/Gemunu Amarasinghe)