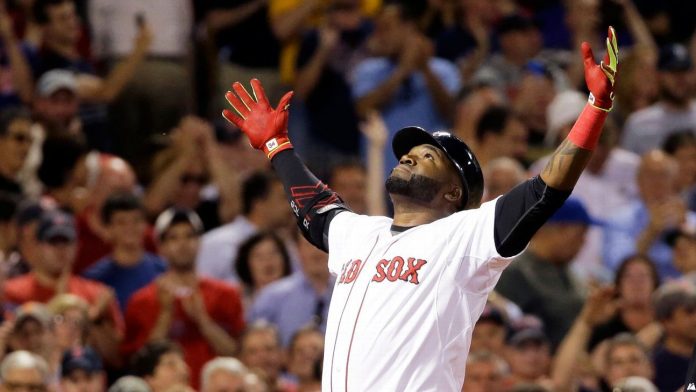 Longtime Boston Red Sox designated hitter David Ortiz has been elected to the Baseball Hall of Fame for the Class of 2022.

Ortiz, nicknamed “Big Papi,” was the only eligible candidate to receive at least 75% of votes from the Baseball Writers’ Association of America.

Initially signed by the Seattle Mariners in 1992, Ortiz made his MLB debut for the Minnesota Twins in 1997. However, his legacy is tied to his time in Boston, where he spent 14 seasons.

In 2004, he played a large role in Boston securing its first World Series title since 1918, a run that included coming back from a 3-0 deficit against divisional rival New York Yankees to win the American League Championship Series. His résumé with the Red Sox includes being a 10-time All Star and a three-time World Series champion, along with earning World Series MVP honors in 2013.

Several figures in the sports world congratulated him for earning the call to Cooperstown in his first year of eligibility.

Congratulations on a wonderful career and being elected to the Baseball Hall of Fame, David Ortiz! pic.twitter.com/R4HAmb5pIm

Congratulations Big Papi! Welcome to Cooperstown! It’s an honor to have been your teammate and to be your brother! I’m so proud of you!

Every year the conversation revolves around who didn’t get in. Like all star voting, who got cheated. I say it every year and especially this year, focus on who did get in. @davidortiz deserved a 1st ballot induction! Congratulations my friend you earned it! #bigpapiHoF

This year’s announcement also came with its share of controversy, as Barry Bonds and Roger Clemens were shut out from making the Hall of Fame. They were both in their 10th year of eligibility, which is the final year for Baseball Writers’ Association of America balloting.

You can’t tell the story of baseball without David Ortiz. Congrats to him. But if he can get into the HOF on the first try with a positive test on his resume then how in gods name does Bonds and Clemens not get in? The system is now officially broken in my eyes.

Stop this.
Put Barry Bonds in the Hall..

What’s the reasoning in why Barry Bonds isn’t in the HOF? Really need it broken down to me

Baseball didn’t lose today, the great fans did. Not having Generational players like Clemens and Bonds in Cooperstown is a joke.

I went to a camp in San Francisco as a child and took swings in front of Barry Bonds. He said I kind of had an uppercut like him. If that’s not HoF-worthy I don’t know what is.

Clemens acknowledged the support he received following the announcement.

Thank y’all for the great responses! Much appreciated. Not sure if I did the thread right 🤦‍♂️ so here’s a screenshot pic.twitter.com/oSGIniv1Bm