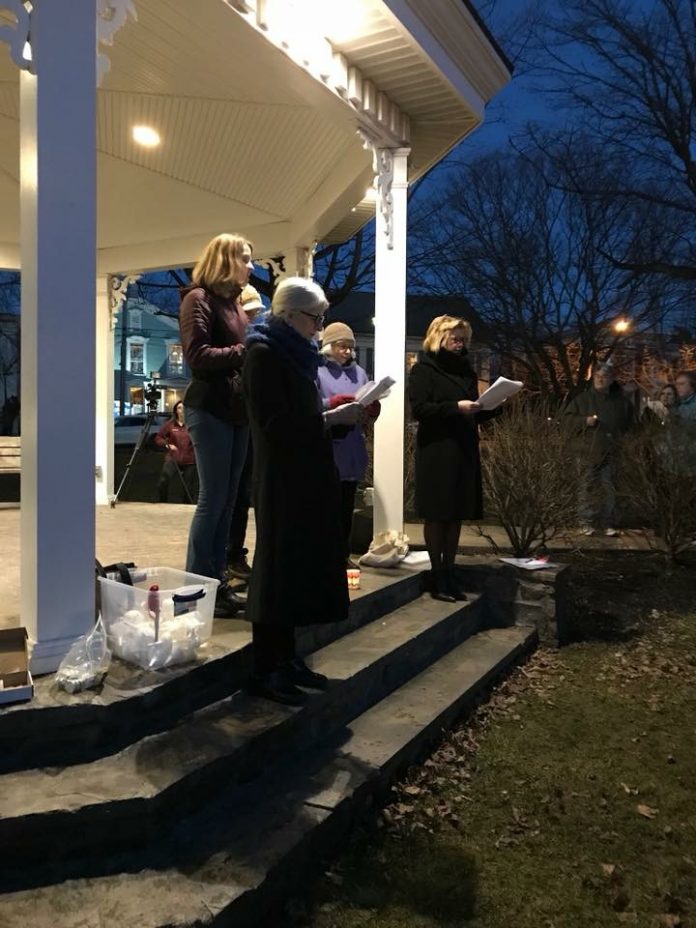 A vigil was held on the Village Green on Monday, February 26 to show solidarity with students in Florida who are speaking out so courageously as well as the victims of school gun violence everywhere in America. More than 70 people attended the vigil.

Vigil organizers read the names of schools with mass shooter gun violence deaths over the past 30 years, and the names of the victims in Parkland, FL. After every three incidents that were read, the whole group of people called out, “Enough!” Those attending sang, “Where Have All the Children Gone?”

There was a moment of silence as well as a chance for people to speak their wishes for students and educators and their safety and well-being in schools. Residents also collected signatures for a petition to request that the Town of Kirkland Board no longer approve the Clinton arena as a gun show/sale site on the basis of this simple common-sense practice: “In our community, we will not sell or show guns across the street from our schools.”