Schumer: Utica Shows Will Go On! 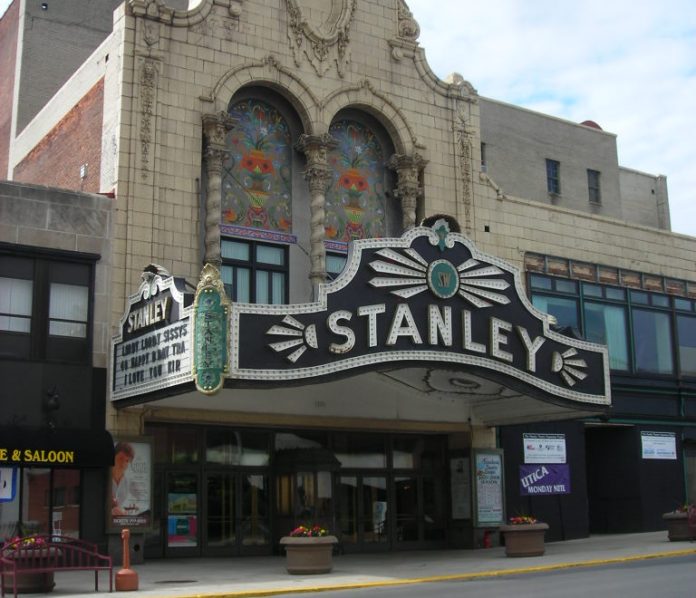 After successfully leading the national effort to secure designated funding for Upstate New York’s independent live venue operators, independent movie theaters, and cultural institutions in the Shuttered Venue Operators Grant (previously known as the Save our Stages Act), U.S. Senate Majority Leader Charles E. Schumer today announced a $403,192.06 federal grant for Stanley Theatre in Utica New York. The funding is designed to provide 6 months of financial support that can be used to keep employees and Stanley Theatre open for business as New York recovers from the pandemic.

“Independent movie theaters like Stanley Theatre are the beating heart of New York’s cultural life and a driving force in the local economy,” said Senator Schumer. “These local businesses were among the first to shut down at the start of the pandemic and will be among the last to fully recover. I am proud to deliver this vital federal funding for Stanley Theatre that recognizes its critical cultural and economic impact on Utica.”

Schumer added, “Stanley Theatre, specifically, has been around for nearly a century, and the dedicated Save Our Stages federal assistance I fought hard to include in COVID relief packages ensures that this Utica institution will be around for future generations to enjoy. Today’s funding will keeps the lights, camera, action, going on in Utica.”

Schumer said live venues were among the hardest hit industries during the pandemic, and today’s dedicated federal assistance will help Stanley Theatre deal with the tremendous hit to their bottom-line caused by COVID-19, and fully recover as the economy opens back up. It is estimated that in 2020, live venues and theaters across the country lost $9 billion in ticket sales alone.

Independent movie theaters were folded into the Save Our Stages bill following Schumer’s effort to include them in a small business relief package, the Heroes Small Business Lifeline Act, that he led last October. Schumer then successfully led the fight to pass the Save Our Stages Act and $15 billion in emergency relief into law as part of last December’s COVID package. He also fought to include an additional $1.25 billion in funding for the Save Our Stages program in the American Rescue Plan passed in March. Schumer estimated that without the SOS relief, 70% of the independent movie theaters in the country could have filed for bankruptcy or close permanently by the end of 2020, and more than 70,000 jobs could have been lost permanently.