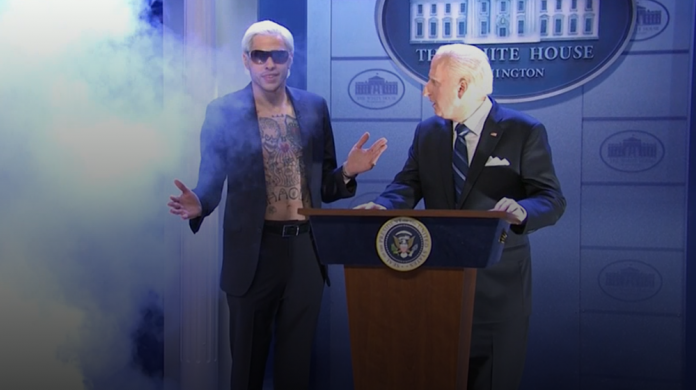 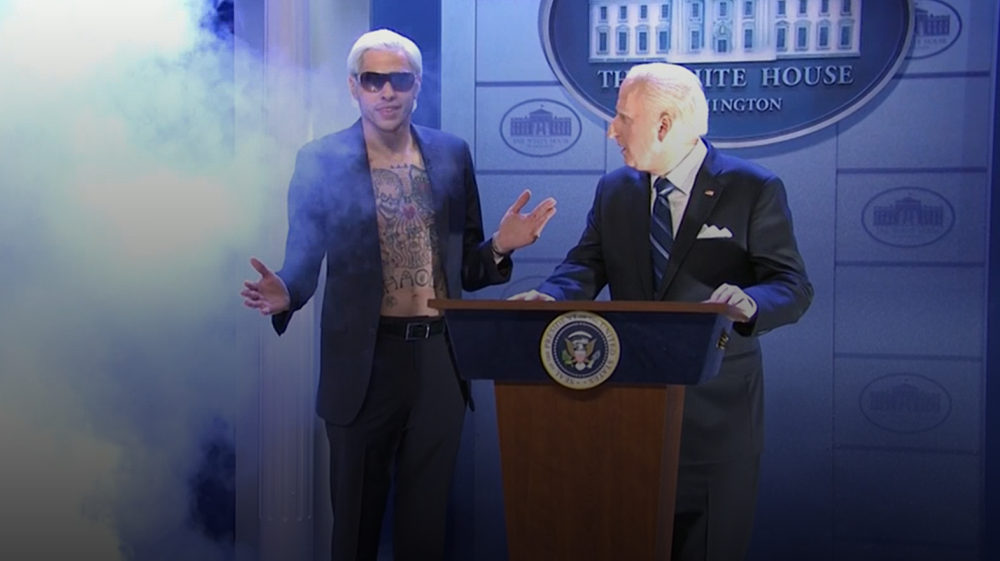 The sketch saw “SNL” featured player James Austin Johnson returning to the role of the Commander in Chief, who expressed his frustrations earlier in the week in a news conference with reporters about the intensity of the omicron surge. Speaking from behind a lectern, Johnson’s Biden found a handy scapegoat to blame for rising infection rates in regions around the country: “Spider-Man,” the durable superhero whose latest big-screen outing has topped the COVID-batter box office in recent weeks.

“One simple thing you can do to make this whole virus go away: Stop seeing ‘Spider-Man,’ ” Johnson’s Biden said with zealous conviction. The President drew the connection that “everyone has seen ‘Spider-Man’ like eight times” and “everyone also has COVID.”

“SNL’s” Bowen Yang was in the crowd of reporters who peppered Johnson’s Biden with questions, pressing him on whether he was telling Americans to stop seeing movies. “I didn’t say don’t go to the movies. I said stop seeing ‘Spider-Man,’ ” Biden said with exasperation. “I saw the first half-horu of ‘House of Gucci’ — that’s more than enough movie for anyone,” he said.

The sketch closed with “SNL” regular Pete Davidson appearing as the President of the U.S. from an alternate “real world” timeline. Davidson, who went shirtless under a dark blazer to show off his tattooed physique, told the audience the Joe Biden as President is part of a parallel timeline “that began in 2016 when the Chicago Cubs won the World Series.”

DeBose used her monologue to give a plug to New York’s theater community, which has absorbed so many blows with the shutdowns forced by pandemic conditions.

“We are a community that perseveres. Broadway changes lives. It changed mine. It has this magical ability to bring people together. We can all use a little Broadway right now,” DeBose said.

As she spoke, “SNL” star Kate McKinnon came out to join DeBose duet on one of “West Side Story’s” classic tunes, “Tonight.”

Facebook
Twitter
Previous articleDjokovic loses deportation appeal in Australia
Next articleFlorida Gov. Ron DeSantis says he should have spoken out