Players of Utica Reopens with Comedy, I Hate Hamlet! 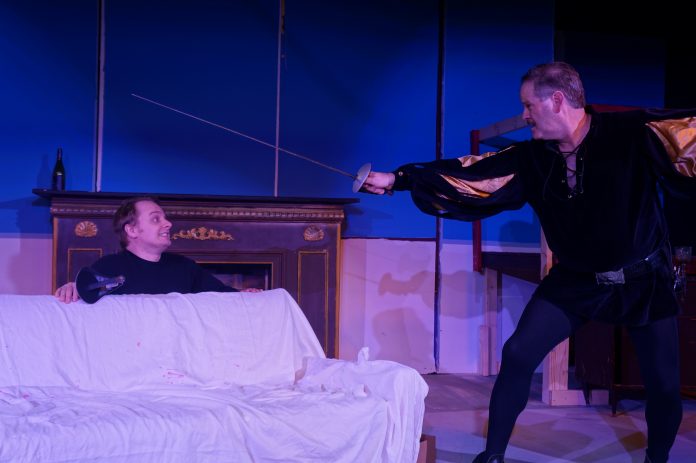 UTICA, N.Y., 7/12/ 2021 – Players of Utica is ecstatic to be reopening the doors to their Players Theatre at long last with their pre-season production of the laugh-out-loud comedy, I Hate Hamlet!

Directed by Stephen Wagner and written by Paul Rudnick, this meta comedy follows the story of Andrew Rally, an actor about to start rehearsals to play Hamlet—and he is terrified. Unsure of himself and worried about his career, Andrew doesn’t know what to do and considers turning down the role. In the midst of his confusion, he is visited by the ghost of legendary actor John Barrymore. As Andrew grows under Barrymore’s larger than life dramatics, he is forced to face his fears and confront the ultimate question: to be or not to be Hamlet? 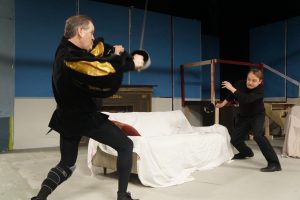 This special production provides two ways to see the hilarious show: streaming online and live onstage. It is important to Players to accommodate all of our patrons for this long-awaited production! “We are all eager to get back on stage and give audiences some top-notch entertainment after the very trying and stressful 17 months we’ve all been through,” says director Stephen Wagner.

The play was originally scheduled for the 2020-2021 season, but rehearsals were stopped and the theatre doors had to close in March 2020 due to the COVID-19 restrictions. Now, the actors are thrilled to finally be sharing this production with live audiences. Wagner added, “The actors are keen to perform and we know audiences are again hungry for some great live theatre.”

In order to accommodate social distancing practices, this production will have limited in-person seating – so get your tickets early! Purchase your tickets online at playersofutica.org or by calling 315-724-7624.

About Players of Utica

Players of Utica is a non-profit community theatre that has been continuously producing shows since 1913. We have engaged over 1 million individuals with affordable, first-class community theatre. Players of Utica is an equal opportunity organization. For more information, and to support or participate, visit www.playersofutica.org, follow us on Instagram @playersofuticany, Twitter @UticaPlayers or “Like” us on Facebook.