Nikki Haley says Biden should ‘step down and take Kamala 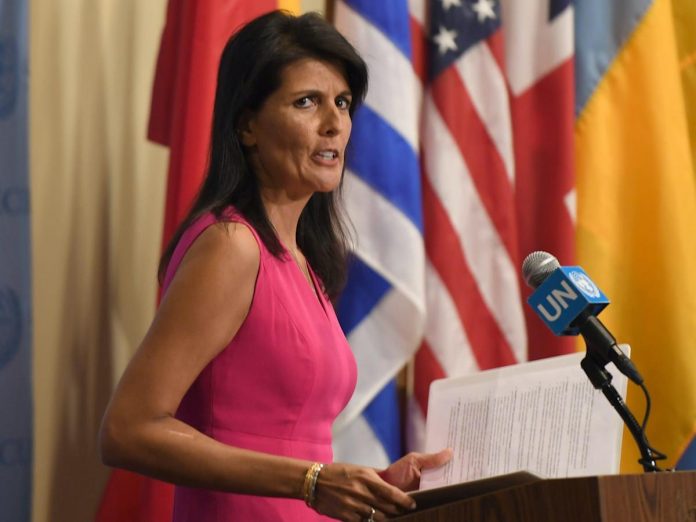 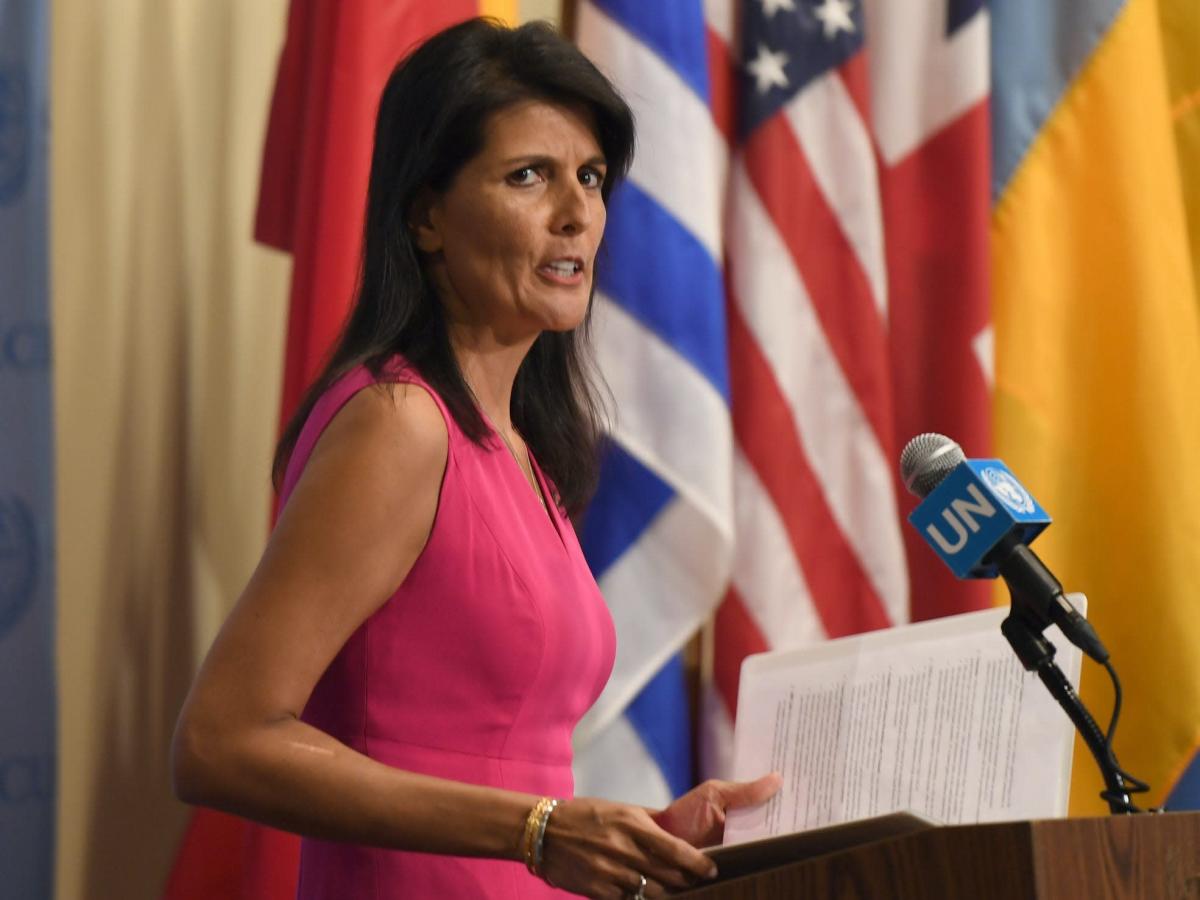 Nikki Haley, a former ambassador of the United States to the United Nations.DON EMMERT/AFP via Getty Images

“If Biden loved our country, he would step down and take Kamala with him because the foreign-policy situation is beyond dangerous at this point,” Haley said on the “Guy Benson Show.”

If both Biden and Harris were to leave office, House Speaker Nancy Pelosi would become president.

Haley, a potential 2024 Republican presidential candidate who was appointed to her UN post by President Donald Trump in 2017, presented her critique of Biden’s foreign policy in the context of the upcoming Olympic Winter Games in Beijing.

“The reason I pushed so hard for a boycott of the Beijing Olympics is because if they get a pass and we get past these Olympics and we still look weak, they’re going to do whatever they want because they can,” Haley said in part, referring to the Chinese government.

Biden has called for a diplomatic boycott of the Olympics — meaning no US government official or dignitary is expected to be in attendance — while still allowing the athletes to compete. Unlike Haley, Trump hasn’t called for a boycott either.

Earlier in the interview, Haley ticked through a series of qualms she had with the Biden administration on the international stage.

“We’re suffering with the fact that, with the fall of Afghanistan, I mean you’ve got anywhere from Putin, Xi, Kim Jong Un in North Korea to the ayatollahs in Iran — they all get what an amazing opportunity this is,” she said. “They know that they’ve never had a weak president like this before. They know they probably never will have another one again, so they are trying to get everything they can.”

During his lone term in office, Trump spoke fondly about the Russian, Chinese, and North Korean leaders Haley mentioned, part of a broader pattern experts have described as enabling and emboldening strongmen and dictators who want to hold on to their power for life — or be “president for life,” in Trump’s words.

Haley added that she didn’t think Russian President Vladimir Putin wanted to invade Ukraine because it would be unpopular domestically, and that he was simply “trying to leverage.”

While Haley has been the subject of 2024 speculation, she is one of several high-profile Republicans who have come out to say they won’t challenge Trump if he runs again.