Nets’ Harris has had ‘setbacks’ in ankle rehab 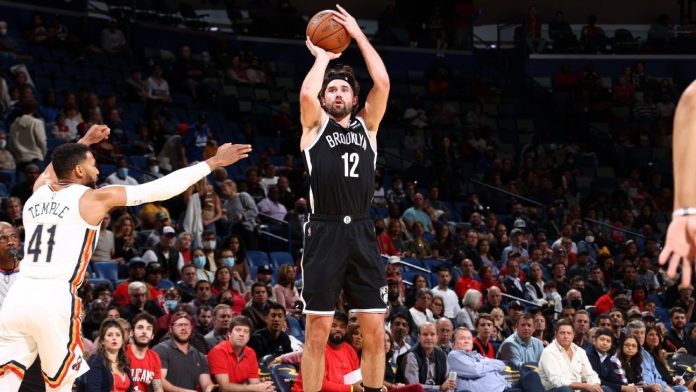 MINNEAPOLIS — Brooklyn Nets guard Joe Harris has had some “setbacks” in his rehab from ankle surgery and a timeline for his return to the floor is unclear.

Harris had ankle surgery in late November and was expected to miss between 4-8 weeks, but Harris’ agent, Mark Bartelstein, told ESPN’s Adrian Wojnarowski that he was optimistic at that time that Harris would be back sooner than later. Now the Nets aren’t sure when the sharpshooter will be able to return.

“He’s had some flareups,” Nash said before Sunday’s game against the Minnesota Timberwolves. “I’m reluctant to talk about it because I’m not a doctor so I don’t want to say the wrong thing, but he’s definitely had some flareups and little setbacks here and there — but continuing to stay positive and work at his rehab and try to overcome it.”

Harris just started traveling again with the Nets earlier this week, but Nash admitted his recovery hasn’t come as quickly as the organization hoped.

“I think he is progressing,” Nash said after Sunday’s shootaround. “But not to where he’s ready to practice or anything. So he’s getting on the court a little bit and continuing to work through the rehab, but he’s not ready for his high intensity stuff yet.”

Nash was asked whether getting Harris back around the All-Star break next month was a possibility.

Harris is averaging 11.3 points and 4 rebounds a game this season.