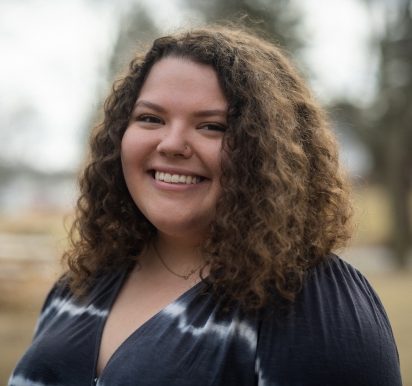 Garner’s personal speech was chosen from among more than 20 exemplary entries.

Garner attended Mohawk Valley Community College in Utica, New York, where she earned her associate degree in International Studies before enrolling in the baccalaureate program at USM in the fall of 2020.

She grew up in New York City. When she was 16, her father left the United States to return to his native United Kingdom. Last year, she received her dual citizenship as a citizen of both countries.

“I’ve certainly been through a lot,” Garner said. “I have reached a point in my life where I have realized that it’s OK that I am not following the exact path that was expected of me. I think all of us in the last few years have followed a path that’s different from the one that we expected.”