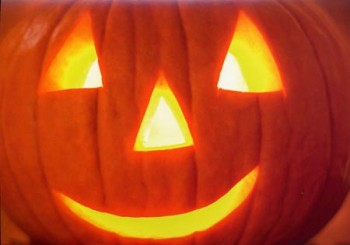 Holidays and Observances of October:

October is a month with special celebrations for several ethnic groups that have come to call the Mohawk Valley home. These celebrations occur during one of the most scenic months of the year; beautiful reds, oranges, and yellows fill deciduous trees gradually lose their leaves. These color changes lead to the browns and grays of November, prior to winter snows.

While chilly at times, the weather in October is still fair enough to enjoy some outdoor events. Mid-September to mid-October is Hispanic Heritage Month. Hispanic Heritage Month brings together Spanish speaking people with various dinners and musical events to celebrate their Spanish heritage – whether they come from Puerto Rico, El Salvador, Mexico, the Dominican Republic or other Latin American countries.

German-American Day is observed with a beer festival at the Utica Maennerchor. There are many in the Mohawk Valley who are descendants of early Palatine Germans who settled in the area in the mid-eighteenth century or in the wave of German immigrants that arrived in the latter half of the nineteenth century.

The large local population whose ancestors came from Poland observe General Casimir Pulaski Day. He was a prominent military leader in the American cavalry during the Revolutionary War, honored by a sculpture on the Memorial Parkway at Oneida Street. There is a special observance held at this site, followed by a celebration of food and music at the Polish Community Center in West Utica. In recent years, this observance has been in September. There is also a large statue of Nicolaus Copernicus, the Polish astronomer, across the street from the Munson-Williams Proctor Arts Institute.

In the past, Columbus Day was celebrated as an “ethnic” holiday, complete with huge parades. With large numbers of Italians migrating to the Mohawk Valley in the late nineteenth and early twentieth centuries, there were huge parades in Utica in the early twentieth century. This was largely seen as a day celebrating Italian-Americans before it was made a federal holiday in 1934, subsequently changed to the second Monday in October in 1971. While not so large today, this is still an important day for those of Italian heritage. Special events and a statue of Columbus grace the Memorial Parkway at Mohawk Street. This was the first national holiday to honor an individual. Culturally, in the wider society, Columbus Day is seen as the last holiday weekend of the year before the cold and snow of winter arrive in November.

While not a formal holiday, Halloween is one of the largest cultural holidays of the year, with spending on costumes, parties, and food rivaling the celebrations on Christmas and Easter. Halloween dates back to the Celtic holiday Samhain, marking the Cross-Quarter Day mid-way between the autumn equinox of September and winter solstice of December. Trick-or-treating, carved pumpkins, haunted houses, and costume parties are all a part of celebrations held during the last days of October.

In addition to the ethnic and cultural holidays of October, there are many harvest festivals that take during October. Some of these festivals are held at regional orchards, while many churches and other organizations have events celebrating the fall harvest. Some events focus on the Mohawk Valley’s important regional crops, those being apples, pumpkins, and garlic. A sampling of some of these mostly weekend events are listed here:

In the Night Skies:

Rising and Setting times of the Sun, Moon and Visible Planets – October 21:

Easier to observe early in the month, Venus and Mercury can both be seen very low on the western horizon just after sunset. Jupiter and Saturn can be seen fairly easy in the evening this month. Mars may be difficult to see in the morning glare because it rises shortly before sunrise. Uranus, appearing green, may be visible with the naked eye or binoculars if the sky is clear and away from city lights. Uranus appears in Pisces with a 5.7 magnitude.

There are two minor meteor showers in October. October 9 has The Draconid Meteor Shower, peaking in the late evening looking northwest. October 22, the Orionid Meteor Shower; remnants of Halley’s Comet appears near Orion to the south.