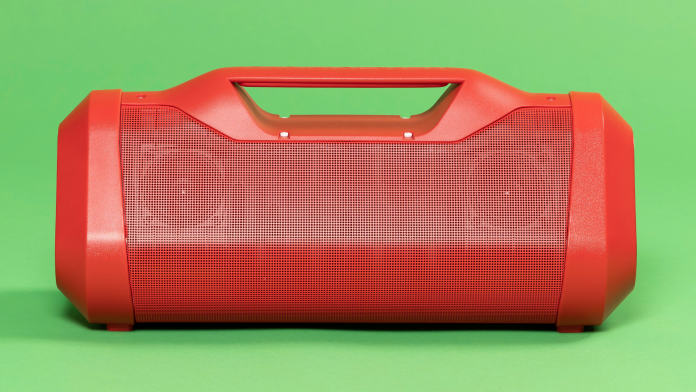 Ready to blast your music down the block? Monster’s latest Bluetooth speaker, the Blaster 3.0, is a bold new take on retro boombox design. While it doesn’t have a cassette player or integrated radio, the loud-as-heck Blaster 3.0 sports a proper carrying handle and costs less than similar products from brands like JBL.

Boomboxes like the JVC RC-M90 and Conion C-100F were essential to the rise of hip-hop. Of course, these outdated systems are mostly useless today (and impossible to buy at a reasonable price). They also lacked some of the Blaster 3.0’s best features, like wireless connectivity, IPX5 water-resistance, and a bi-directional design that lets people hear your music from all angles.

And man, you’d have a hard time finding any boomboxes with a 5,200mAh rechargeable battery in the 80s. The Blaster 3.0 lasts for 12 hours on a charge and can charge other devices over an integrated USB port.